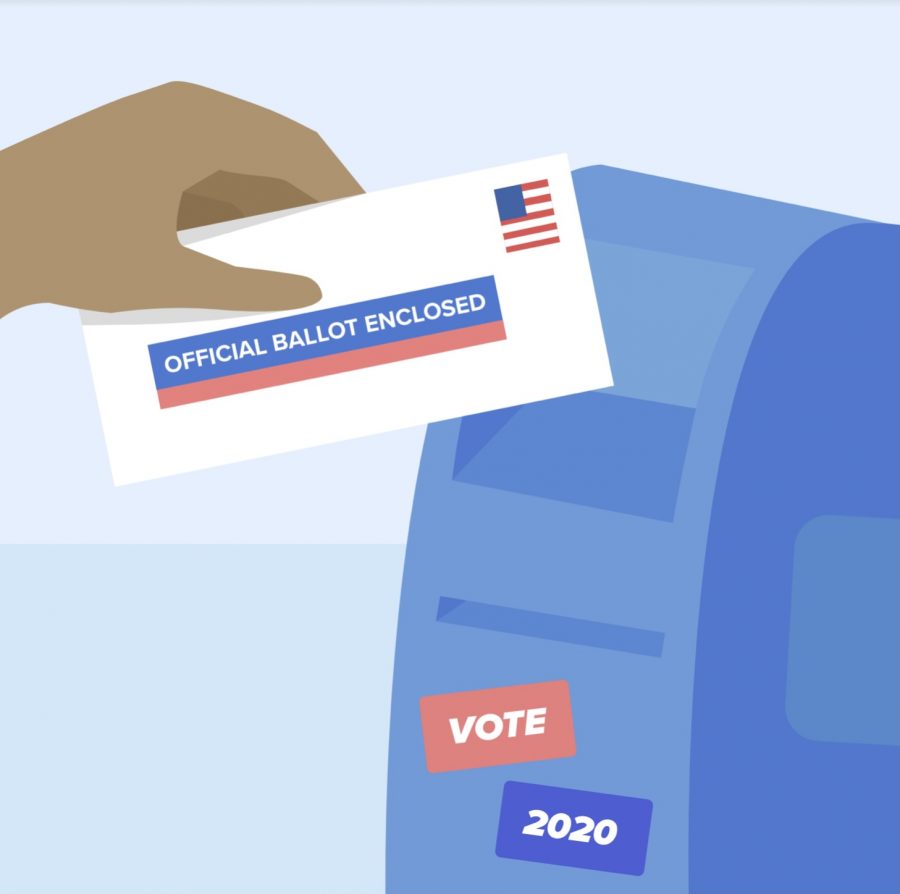 For those who have been voting for years now, many aspects of the 2020 election have been unprecedented. For a whole generation of young people voting for the first time this year though, this is their first exposure to how elections operate in this country.

Every four years, a new generation of Americans who have turned 18 are inducted into the United States election process. This year, however, the new voters have experienced what many consider a stark break from the traditional election process.

Noah Jon, a sophomore in Engineering, spoke on this fact saying, “It’s a little less nerve-wracking ‘cause you’re in a comfortable environment ‘cause I just voted in my home … It’s a different experience.”

Not only does it make the act of voting less stressful and time-consuming, but voting at home gives voters the opportunity to analyze their options and research who the best pick for them is. Voting in-person is more immediate, many people feel they need to have their research done beforehand.

Jon also addressed how easy the voting process was for him in Illinois, but recognized that other people in other areas might have a tougher time registering or simply finding the time to vote. This was a common theme among other first-time Illinois voters.

Lily Lisnic, a freshman in LAS, agreed with this point saying, “It’s relatively easy to go vote here, but I know in a lot of other states, their registration process is a lot more difficult for people who don’t have a residence to put down or that don’t have a proper ID.”

Lisnic pointed to how some eligible voters are intentionally barred from voting by the regulations and processes put in place. This voting suppression can be changed, though, she said.

“In general, our election process is a little outdated,” Lisnic said.

Jin is from Texas, but for the past three years, he lived in the Netherlands. While had not been a resident there long enough to actually vote in their elections, he said he still learned a great deal about their election process and how it compared to the U.S. The first thing he addressed was voter registration, mentioning that citizens in the Netherlands are already registered to vote just by being a citizen. If for some reason they are not registered, then it is an extremely easy process.

“In the U.S., it is basically a free-for-all. In the Netherlands at least, most campaigning is somewhat controlled, so you have all these big banners that list the parties, and then each party has a budget they’re allocated for the campaign, so it’s more balanced,” Jin said.

The main improvement that can be made to the American voting process is to make it a lot easier and more accessible than it already is, Jin said. He even said that “automatic registration would be great,” but recognized that it might not be feasible right now.

Overall, getting as many people who can vote to show up at the ballots is what’s important to many of these students. Jon said he believes that the publicity that this upcoming election has received can only work to get more people to vote. He said it also can help the first-time voters who might have no idea what’s going on.

“It’s a very good thing that we are emphasizing the right to vote,” Jon said.

Lisnic, who had to wait in a two-hour line in Cook County to vote, said she loved the fact that she had to wait in line because it meant that more people were voting.

“I can’t be mad about active voting participation, I’d rather see plenty of people in line than none at all,” Lisnic said.

She, too, said that as many people should vote as possible. Not only is it important for the country, she said, but it is also exciting knowing that citizens get to have a say in such an important election.

“It felt empowering that I’m only 18 and still have a voice in some way of what the future of this country could be,” said Lisnic. “It just made me feel very proud to be a part of a system where I have the ability to do this, to change the outcome potentially of the future of our country.”