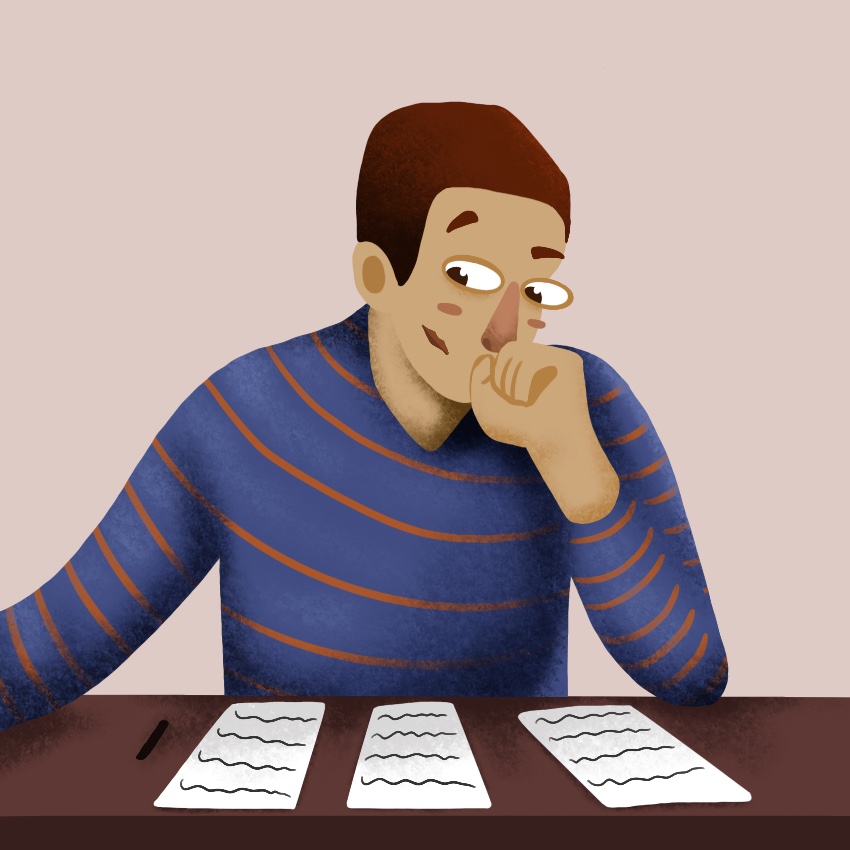 The COVID-19 pandemic shook life up for students all over the world. In June, the University announced it will not require freshman 2021 applicants to submit SAT/ACT scores, acknowledging the undue stress this may cause students who are already coping with COVID-19 in class.

Andy Borst, director of undergraduate admissions, said the main factor in the University’s decision was students’ limited access to testing because of COVID-19.

“In March and April, when students would typically be taking the ACT and the SAT and we knew that test offerings were being canceled and continued to the summer, the Academic Senate made the recommendation to suspend the requirements, which was approved by the Board of Trustees for this year only,” Borst said.

He said that students must choose whether they want to be considered with test scores at the time they apply, and they cannot change their minds later.

“We give the power to the students at the time that they apply,” Borst said.

In addition to considering prospective students with or without test scores, Borst said that students will be evaluated based on their performance in rigorous coursework at their high school, application essays and participation in activities during high school or prior to their enrollment as part of a holistic review process.

“We’re trying to find the right mix of students to bring in a large class,” he said.

One major change caused by the University’s decision to go test-optional is that international applicants coming from non-English speaking countries will be required to submit either the Test of English as a Foreign Language (TOEFL) or the International English Language Testing System (IELTS).

Prior to COVID-19, international students would be required to submit the SAT or ACT, and the TOEFL and IELTS would be recommended but not required. The tests are now required for legal reasons.

“In order to issue immigration paperwork, we have to verify with the federal government English language proficiency for each student,” Borst said.

Borst said at this time the Office of Undergraduate Admissions would not consider testing from a student’s home country.

“It’s kind of a catch-all for COVID. So, would we consider it? The easy answer is no. But what happens if students are unable to continue to test long-term if they’re unable to take the TOEFL/IELTS if we have concerns about in-home testing for either one?” he said.

Aaron Chun, college and career counselor at Centennial High School in Champaign, said tests started around the end of August, and the SAT that the school usually administers every spring was canceled and moved to October. Students had fewer opportunities to test and received their scores later than usual.

Centennial is not meeting in person, and Chun said not being in a classroom setting affects how students study for the SAT. They have had to adjust to online school and prepare for standardized tests at the same time.

“The fact that they are used to being in that academic mindset, that was thrown out the window with COVID-19,” he said.

Chun is in favor of the University’s decision to go test-optional, and he hopes less emphasis will be placed on standardized tests in the future.

“So many people put so much pressure on this one number, and to be honest, it’s not the most accurate indicator of a student’s academic success,” he said.

He said it should be considered that not all students have equal access to resources to prepare for standardized testing and college admissions and that his students are more or less relieved to have the option to submit or not submit test scores.

Cathy Wu, freshman in LAS, applied to the University in the fall of 2019. She submitted essays, test scores, recommendations, high school transcripts, extracurricular activities and TOEFL. She said she considered not submitting test scores in her applications for other schools.

“I’m not very good at standardized testing. I get so nervous on tests that I can’t actually perform like my real ability. I’m more of a writing person, so I’m really comfortable with writing my essays,” she said.

She thinks the University’s decision to go test-optional will help international applicants, as both international students in the U.S. and abroad have faced difficulties in access to testing, and that the University should consider other elements of students’ applications and what they did prior to 2020.

“It’s a special time and nobody has control over this. It is not about how everyone will perform on tests, it’s like it will be unfair if everyone won’t have a chance to take the test,” Wu said.