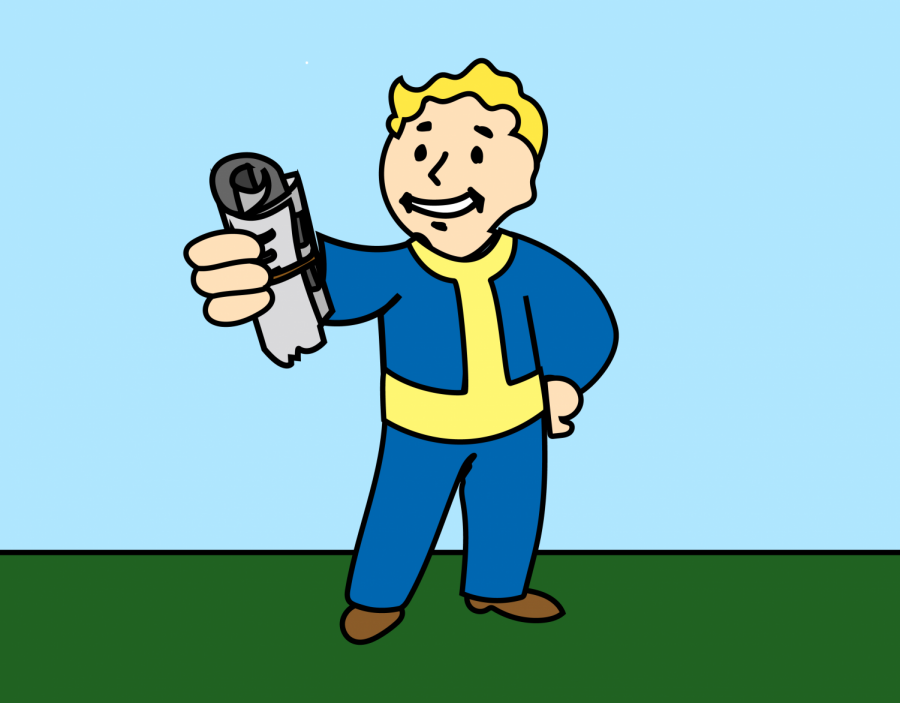 The video game industry has seen tremendous growth since the late 1980s. The industry is estimated to be worth over $90 billion by the end of 2020, with the market forecasted to grow at a rate of 2.29% annually from 2020 to 2024. Some titles have managed to pull in more revenue than summer blockbusters. Grand Theft Auto V from 2013 made $1 billion in three days, a milestone that took “The Avengers” in 2012 19 days to achieve.

The medium is lucrative, and alongside it, the realm of video game journalism has grown. Various internet outlets like IGN, Gamespot and Easy Allies have provided professional coverage of the industry for years, while a plethora of highly subscribed Youtube channels provide entertaining takes and reviews on the latest video games.

The Daily Illini reached out to two of these video game reporters inquiring about their journey through this profession. Jason Schreier is one of the most recognized personalities in the industry and a reporter for Bloomberg. Daniel Bloodworth writes for Easy Allies, a popular gaming outlet composed of various industry veterans. Both agreed to share their experiences.

The following interview with Schreier has been edited for length and clarity.

The Daily Illini: How did you get involved in such a profession?

Schreier: I’ve always wanted to be a writer of some sort, and I worked as an editor on my high school paper and then wrote for my college paper as well. When I graduated college, I started freelancing for a few different journalistic publications. One day, I was sitting in a local zoning board meeting, listening to people argue over whether a fence was allowed to be 15 feet or 20 feet, and I thought to myself, “Man, I need to do something more interesting,” so I thought, “Why not video games?” and wound up pursuing this job.

DI: How do you look at the state of gaming journalism as of now? Do you feel it gets mainstream respect like other forms of entertainment journalism?

Schreier: I think it’s getting stronger every day. More and more we’re seeing video game outlets be willing to push back against publisher pressure and value independent reporting over all else. And we’re seeing mainstream outlets (such as Bloomberg) expand their video game coverage in a big way. I’m very optimistic about the way things are trending.

DI: What advice would you give college-level students looking to pursue journalism like this?

Schreier: College is the perfect time to experiment and try to figure out what you want to do with your career. If you’re interested in journalism, you should definitely be writing as much as possible for your college paper and seeing how much you like it. This is not a field you’ll want to pursue unless you’re 100% sure you want to do it. Journalism jobs usually don’t pay well and are extremely volatile, so if you’re not passionate about the work, you’re not going to have a good time. That goes double when it comes to video game journalism, which is even harder to get into.

That said, if you do decide to pursue journalism, I have one bit of specific advice. At first, it’s okay to be a generalist, writing about anything and everything you want, but as your career advances, the best possible thing you can do for yourself is to specialize. Be the best in one particular beat, or at covering one particular company, or at writing about one specific thing. The longer you do it, the more of an audience you’ll build and the better you’ll be positioned for the future.”

The following interview with Bloodworth has been edited for length and clarity.

DI: How did you get involved in such a profession?

Bloodworth: I first started out at my local newspaper in 1994. When I was in high school, I discovered that they had a monthly section written by student writers, and I went in several times a month to plan stories, meet with an editor, book photographers, etc. Then after school, I became active online and started visiting several Nintendo fan sites and forums.

Eventually, I was asked to come on staff at Planet GameCube (now named Nintendo World Report). While there was no pay and all the work had to be done after I got home from my day job, it was as professional as any other gig, with editors assigning tasks and reviewing writers’ work. We got early review code, went to preview events, covered E3 every year, etc.

After several years of doing that, I was given the opportunity to work at G4, the cable television network, for a short paid position on one of their shows. Several months later, I was able to apply for a full-time position at GameTrailers, which led to where I am today.

DI: What advice would you give college-level students looking to pursue journalism like this?

Bloodworth: From my perspective, the best thing you can do is to build up a body of work and to work with people who are at your same level. Your “big break” can only come if your skillset is ready when that perfect moment arrives, and in this industry, some publications may only have two to three job openings once every three to four years.

Also, it’s important to keep in mind that the role you’re most suited for may not exist yet. Again, I started in newspaper. The Internet was a thing of dreams and novelty. However, in school, I learned Photoshop in art class and I volunteered at a radio station on weekends, and when I moved to (Los Angeles), I helped friends with short films even though I knew nothing about it. I had a lot of life experiences that helped me adapt as my job went from typing out articles to producing shows to talking on camera.