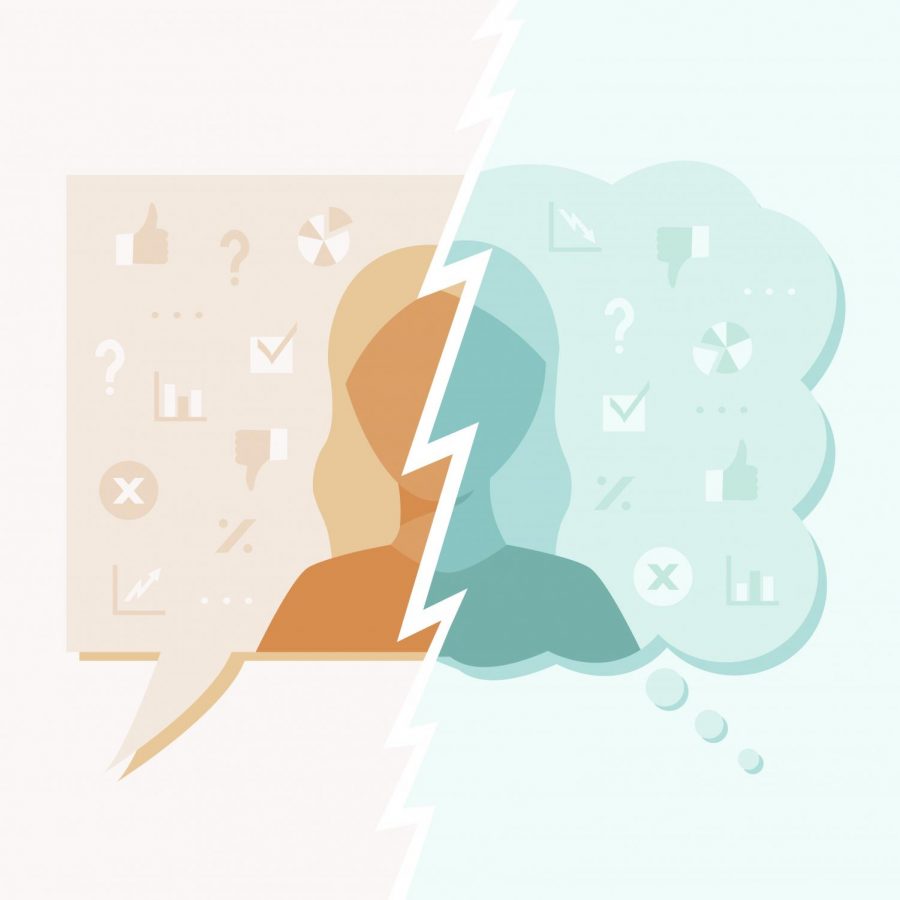 “I know you have a book coming out in 2021, is that right?” said Emily Van Duyn, professor in LAS, to the Zoom window framing a young man wearing glasses and a distant, frazzled expression.

The Zoom visitor was G. Elliott Morris. In 2018, he graduated from the University of Texas at Austin with degrees in government and history. He was still a senior in college when he joined The Economist as a data journalist. Lately, he has spent most of his time not writing his book, but instead predicting the future.

Morris has been responsible for many of The Economist’s election forecasting models, including the paper’s 2020 U.S. presidential election forecast. Two weeks after the election, the country is getting a clearer picture of the results. Despite Donald Trump’s continued denial, Joe Biden holds a decisive victory.

On the Thursday after Election Day, he made a virtual visit to Van Duyn’s class to share insights from his work on the presidential race.

“It seems like the public polling industry is having a problem talking to Trump supporters,” Morris said. “That’s the first realization I’ve had over the past couple of sleepless nights.”

The students of Van Duyn’s course, CMN 396: Communication & Public Opinion, are familiar with this problem — that the modern “public” is less like a consolidated whole and more like a constellation of elusive opinion groups. Just the week before, the class read an article called “Hidden Democracy: Political Dissent in Rural America” — a piece of Van Duyn’s own research on a secret political organization of liberal women in the heart of a pro-Trump county. Clearly, it is not so easy to “read the room” in this era of political polarization.

This is why people look to journalists like Morris, who pore over data to provide a window into a fragmented public. Forecasting an election is no simple math — in fact, numbers are only part of the process. At the root of this work are questions of psychology and political science about the factors voters consider when electing a president.

Early on in the election cycle, forecasters favor these dimensions of data over premature polling. Come November, though, forecasts lean heavily on public polls. Of course, this reliance can leave predictions vulnerable to error and audiences set up for shock.

Since 2016, pollsters and audiences have been haunted by what felt like a surprise victory for Trump. Among the blindsided was Genevieve Severini, senior in LAS.

“Are there any major polling differences that you’ve noticed from this election compared to 2016?” Severini asked Morris. “I’m a little wary of putting weight into polls this election.”

According to Morris, a lack of access to and understanding of Trump supporters continues to plague pollsters. Polls overestimated votes for Biden in the Midwest by at least four points. Even within demographic categories, and even with the 2016 outcome in mind, pollsters weren’t reaching enough Trump supporters.

Morris turned to a theory conceived by data analyst David Shor to help explain this discrepancy. In Shor’s view, there are a group of people with ‘low social trust’ who don’t trust other people, institutions or pollsters to receive their opinions accurately and without judgment. This lack of trust is correlated with both education and Trump’s support.

Without a method for predicting social detachment, pollsters remain unable to weigh their samples to identify the share of Trump supporters.

“I only consume other people’s polling numbers, so I don’t know what the theories are to fix this,” Morris said. “But I imagine if there was an easy solution, they would’ve done it already.”

The question of how and why people choose to express or to hide their opinions is a complicated one — and it is a question that has captivated Van Duyn since she was a young student, puzzled by her own habit of withholding her convictions.

“(I wasn’t) the person to post random things, or speak up in class and ask a question,” Van Duyn said. “So I was intrigued by that idea — Why am I like that? Why am I not expressing my opinions?”

For years Van Duyn held onto this thought and began to apply it to the world around her: Why did some people just stay silent?

In 2017, she found a group of “silent” people who were, in truth, not silent at all. This organization of 136 women in rural Texas gathered covertly to express their opinions — opinions which, if made public to their conservative community, would put participants at risk of social isolation and retaliation.

Van Duyn found herself questioning frameworks from her communication studies, like the Spiral of Silence Theory: an enduring idea from the 1970s that opinion groups that perceive themselves as a minority will eventually become “spiraled” out of public discourse.

“Yeah, they didn’t express their opinions in public, but that doesn’t mean they’re not (expressing),” Van Duyn said. “I wanted more nuance to that.”

Her takeaway from the women in Texas has held true: that people are stunningly complicated in the way they communicate — particularly in a polarized political climate. It’s the reason the 2016 election is cemented in public memory. It’s the reason why four years later, Americans still struggle to “read the room.” And it’s the reason Elliott Morris’s work is never done.

In class that Thursday after Election Day, Severini looked eagerly to Morris for projections she could trust. His predictions quieted her nerves — indeed, his comforting forecast of a Biden win wrote itself into reality days later. Still, Severini found that even Morris’s crystal ball could not encapsulate an intricate and polarized American populace.

“I remember one thing he said was that Pennsylvania would likely go Trump, and within the next few days it just flipped over,” she said. “That was interesting — how even if you’re a professional, things can still be unpredictable.”

Scholars and interpreters of public opinion, Morris and Van Duyn dive daily into the most fickle and perplexing aspects of human communication. Even their most researched claims cannot hold the entire kaleidoscope of public opinion in view.

Their research, and they themselves, are pictures of the human qualities that shape public communication about politics: Behind every polling statistic are groups of people who withhold their opinions for reasons pollsters can only grasp at. Behind an authoritative Economist model of estimated electoral college votes is a man who has slept six hours in three days. Behind an upper-level communication course is an introverted young woman enthralled by the endless shapes and shades of expression.

“It’s so cool that we have the opportunity to explore, and to make our picture of people and how they communicate more intricate and nuanced, and complicated,” Van Duyn said. “Because that’s what people are — people are complicated.”

Editor’s Note: There was a grammatical and phrasing error that has since been corrected. The Daily Illini regrets this error.