Students search for roommates amidst pandemic 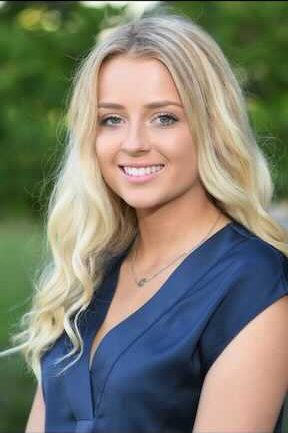 Junior in Media Victoria Anderson poses for a headshot. Anderson has been searching for roommates to live with next year.

This month, student class Facebook groups have been filled with messages from those looking to sublease a room in their apartment for either the spring semester or the following year. In years past, a majority of these vacancies came from students preparing to attend their study abroad program. However, with a large portion of the student body completing the semester remotely and the uncertainty of the next academic year, a mass amount of students are looking for roommates to sign sublease agreements.

Victoria Anderson, junior in Media, posted in the University’s class of 2022’s Facebook group last week, hoping to connect with two students interested in becoming roommates with her and her sister for their senior year.

Anderson’s current roommates plan on only staying on campus for the fall semester of their senior year, leaving them unable to sign the full year lease agreement. She figures finding new roommates now would be a less stressful process as opposed to looking for students to sign a sublease midway through next year. Knowing one’s roommates will be there the entire year helps too.

“I believe the main priority is finding suitable roommates who are willing to pay the price of rent in the building that I have a lease in, ” Anderson said over email. “However, if the pandemic were to extend to next year, I believe there would be a struggle in finding people returning to campus to sign a lease.”

The uncertainty of the virus’ impact on the next academic year is daunting to a majority of students, especially those entering their senior year. The camaraderie of a solid group of friends helps immensely, though, according to Anderson.

While unable to socialize with other tenants in the complex, Anderson says it’s important that other students see each other, making the search for two new roommates even more pressing.

Unfortunately, Anderson and two other roommates tested positive for COVID-19 during the semester; one roommate remained negative.

“The one who did not test positive was able to stay healthy by wiping down surfaces, washing her hands and social distancing, while the rest of us were infected,” Anderson said.

Anderson says she’s always considered herself somewhat of a “neat freak.” However, the pandemic has increased the habit.

“The pandemic probably increased how many days I cleaned and how thoroughly,” Anderson said. “I’ve purchased products with bleach and other germ killers to ensure apartment cleanliness.”

Residents of 309 Green, Anderson noted that they’ve taken a number of precautions to prevent students from testing positive. Partnered with RB, the makers of Lysol, Green has overhauled their cleaning supplies, including increased cleaning of common areas.

Gyms, pools and study spaces have remained closed for the semester, yet these amenities are not prorated from the tenants’ rent.

“I would say these policies have greatly increased the stress of myself and other tenants because we are not able to experience a normal semester as college students,” Anderson said.

While Anderson added that the precautions are mandatory, the feeling of being alone or cooped up isn’t a sustainable position to live in. During a hard semester, it is important that students see one another and are able to interact socially.

“But, of course, precautions must be made during this unprecedented time and students are willing to abide by these adjustments,” Anderson said.