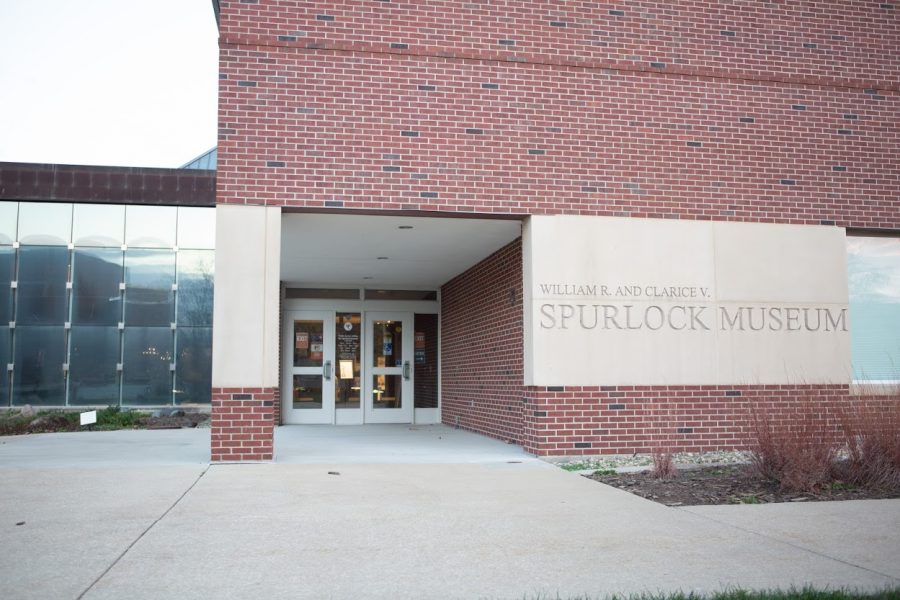 The Spurlock Museum on Nov. 9 is pictured above.

A ceramic cup from William Henry Harrison’s campaign, a perfume bottle with John Adams’ bust pasted onto the glass and a Suffragette sash are currently housed in Spurlock Museum’s new exhibit.

The Debates, Decisions, Demands: Objects of Campaigns and Activism exhibit opened Oct. 16 and is currently available to visit virtually on Spurlock’s website.

The exhibit features objects from various campaigns and movements from United States politics and history along with student photography reflecting the current political scene.

The exhibit’s project coordinator, Beth Watkins said the museum usually hosts world culture and history exhibits, but when they received anonymous donations they made an exception.

“We don’t focus on U.S. history very much and it was a fun opportunity to talk about local things,” Watkins said. “Especially with all of the protests this summer we included documentation from student images reflecting Champaign-Urbana stories.”

Three loaned exhibits from the National Archive, the Smithsonian and the New York Historical Society featuring Women’s Suffrage and Black American history after the Civil War are helping to diversify the history the exhibit presents, Watkins said.

“Our collection is very much dominated by objects that relate to white men as candidates specifically,” Watkins said. “The American political experience is more complicated than that and it’s really important to talk about it so we were glad to have these other exhibits accompany it.”

Since Spurlock typically focuses on world culture subjects, they enlisted University alumnus and Assistant Professor of history at the University of Nebraska Kearney, Dr. Nathan Tye, to be the exhibit curator.

Tye selected the artifacts on display along with materials to complement them, titled the exhibit and created text for viewers to read and learn more about the significance of the items.

The timeliness with the recent general election is something Tye said excited him.

“This was an opportunity to see how the uniqueness of the most recent election might not be as unique as we thought,” Tye said. “People were polarized about different issues that we don’t necessarily understand today and you can look at these objects and see the physicality of politics.”

Both Tye and Watkins said they overcame some challenges when crafting the exhibit remotely in order to abide by COVID-19 guidelines.

Watkins said students aren’t able to get the full experience of seeing the exhibit in person due to the COVID mitigation plan.

“I absolutely understand why the Governor closed the museums but we’re sad the museum is closed again,” Watkins said. “We’re working on short video tours that will hopefully be up at the start of next semester.”

The exhibit’s collection is available on their website as well as audio recordings of Spurlock employees talking about their favorite objects, Watkins said.

Currently the exhibit is scheduled to close at the end of May, but Watkins said they’re considering extending it to the end of the summer to allow more people to see it in-person.

Regardless of virtually attending the museum or waiting until visiting Spurlock in-person is a possibility, Tye said anybody and everybody should see it.

The exhibit caters to many interests, Tye said. Not only does it focus on U.S. politics and history, but it also connects these subjects to global conversations.

“We tried to tell a history with this exhibit of ‘how do you sell a candidate?’ and we really wanted to highlight how these figures have been sold to the nation and what is remembered,” Tye said. “We also tried to include materials that show the scale of U.S. politics globally.”

In addition to visiting, Watkins hopes students send her photos of present activism in Champaign-Urbana to expand the modern parts of the exhibit.