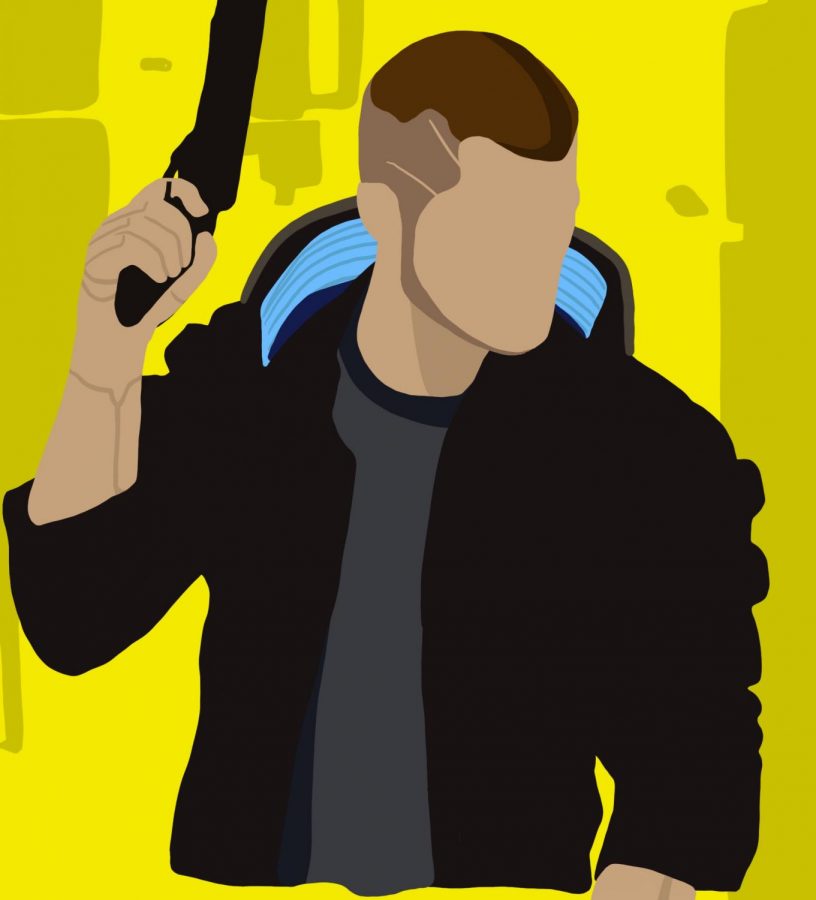 In a dystopian America, years of unchecked pollution has irreversibly devastated the environment. The increasingly frustrated and divided populus is in constant clash with police and increasingly corrupt government leaders, acting in accordance with their mega-corporate puppeteers. In this nightmarish world, video-game developer CD Projekt Red released their highly anticipated title “Cyberpunk 2077” for Xbox, Playstation and PC systems on Dec. 10, 2020.

Cyberpunk 2077 was highly anticipated by millions of gaming consumers. It was first announced nearly 8 years ago by Polish video-game developer CD Projekt Red, the studio that had created the incredibly successful title “The Witcher 3: Wild Hunt.”

However,​ despite selling over 13 million copies in just 10 days​, it experienced immense critical pushback from fans for a multitude of disappointing and misleading detractors about the title, with the Playstation 4 version ​leading to a 3.5/10 score on Metacritic.​ Professional gaming journalism outlet IGN gave the console version of the title ​a meager 4/10 review score​, criticizing blatantly “Please don’t play Cyberpunk 2077 on a base Xbox One or PS4”. ​

The University of Illinois student population is home to many gaming enthusiasts, ranging from the multitude of gaming student clubs and organizations to discord groups and social circles based around this hobby. Amidst this launch, many students expressed their frustrations and disappointment with the title.

Rishy Rane, a sophomore in Engineering, voiced his frustration with CD Projekt Red.

“They spoke of the game as if it was going to be the launch of the second Bible or something. The game has been delayed over these years several times and therefore the compounding expectations definitely increased,” he said.

Rane said that this was a big shame as not only did they release a game that was unplayable, but they also lied to the community and hid the problems of the game.

He also said that people saw the disgraceful acts of game reviewers who usually give good ratings for triple-A gaming titles from well-known gaming studios. They were able to make money from the studios and not face backlash from the community of avid fans and the big studios get more sales from the fans who read the reviews.

After nearly five years of silence after its initial announcement, it resurfaced in 2018, and was later announced to have an April 2020 release date. Later ​it was announced in January of 2020 the title would be delayed to September of that year​. Then it was again delayed to November. Then again to December.

Many were hesitant upon seeing more than three delays in less than 12 months, more so when it was delayed to December 10th, ​after already announcing that the title was finished and ready for release​.

When Dec. 10 finally came, the result was what many called an unfinished product, almost unplayable on Xbox and Playstation consoles. Footage online ​highlighted incredibly poor frame rates and texture pop-in, in combination with reports of serious console crashing​.

Where this disappointing mess turned into a disaster was when ​Sony Interactive Entertainment pulled Cyberpunk 2077 from Playstation stores and began offering full refunds to all those who requested one.​ Xbox owner Microsoft ​soon followed with complete refunds to all who requested​.

Later on, big-box retailer ​Best Buy would announce it would be accepting refunds to physical copies of the title even if they were opened.

This has never happened before, especially considering the massive release of Cyberpunk 2077. Major news outlets like CNN and MSNBC covered the ongoing scrutiny, and ​CD Projekt Red’s stock price collapsed hours after being pulled from Sony systems.

Multiple updates and hotfixes have been released by CDPR to run the game better, but many still are upset with the fundamental issues of missing content and misleading marketing that plague the title.

Caleb Berry, a freshman in Business, didn’t buy the game and gave a short and simple reasoning for why he was hesitant.

“I am a patient person when it comes to buying games,” he said. “I like to watch reviews and gameplay first, and then when lots of bugs and other difficulties were obvious, I decided to just put my money elsewhere.”