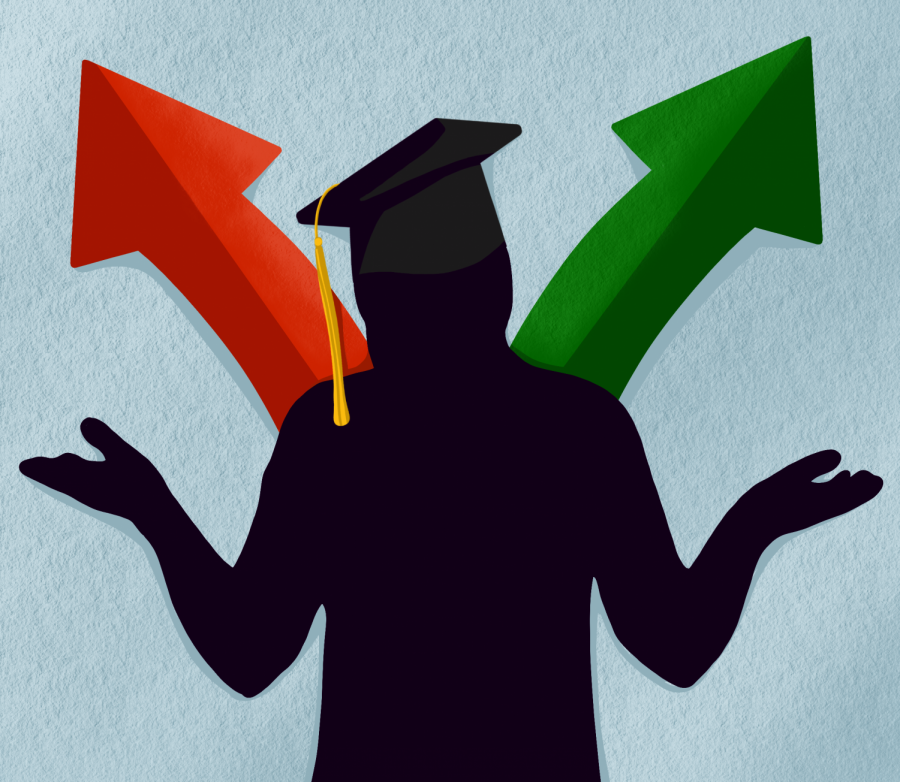 It’s no secret that one of the most dreaded aspects of the undergraduate experience is successfully securing a career after graduation. From writing the perfect resumé to networking with other alumni in their chosen field, it’s a difficult process across the board that can be overwhelming for students.

David Paykin, an alum from the University’s class of 2017, understands this all too well, noting that it can be difficult for undergraduates to receive the most minimal advice due to accumulated debt from pursuing a degree. This inspired him to start his TikTok profile, @CorporateLife, in hopes of reaching as many graduating students as possible and making their transition out of student life as easy as he can.

“My view on it is that students and people who are coming out of school should not, after already paying so much money for tuition, have to pay to get more of this information,” Paykin said.

Acknowledging the direction other content creators like him have taken, Paykin made it clear that he wanted to keep his content accessible to all, choosing to stay on TikTok over exclusive platforms such as Clubhouse, a podcast-styled chatting app that directly connects users via invitation.

This mindset has also pushed Paykin to develop free resumé, cover letter and networking templates as well as a LinkedIn group with thousands of active participants that can be accessed through a website titled beacons.page/davidpaykin.

The audience plays a big role in the creation of Paykin’s videos, and he strives to deliver the content that they want to see.

“What I realized was the disconnect,” he said. “Everybody who had this knowledge was building their content based on what they wanted to see and not listening to their community and to students, to understand what their problems are right now.”

Although it can be tedious work, Paykin noted that he reads through every single comment and finds the common thread that connects them to make a video that addresses that specific problem.

As an example, he said he took up the issue of finding a job for a specific major or field, which is a comment that shows up often under his videos. He will take the major or field that is being commented on repeatedly and make a video showing how to get a job in the field or industry for that specific major.

Paykin credited this as the source of his success and why he has grown so much since starting his profile in October 2020. He said he believes that helping people and getting them to where they want to be will ultimately lead him to be able to help more people.

“In reality, if I help a student, they’re going to go tell all their friends or their family or people who also need help that they know, and then I can help more people,” he said.

He said he believed there should be a shift in mentality from looking at people as dollar signs to looking at their problems and offering substantial solutions that will make a difference for them.

Paykin also said that this is something that should stretch to businesses as well who try to gain the most monetary value from their consumers by giving them the bare minimum effort.

Even from personal experience, Paykin said that so many times in college, students get focused on one company or one type of job, but there are so many different ways for you to end up at that company or in that role.