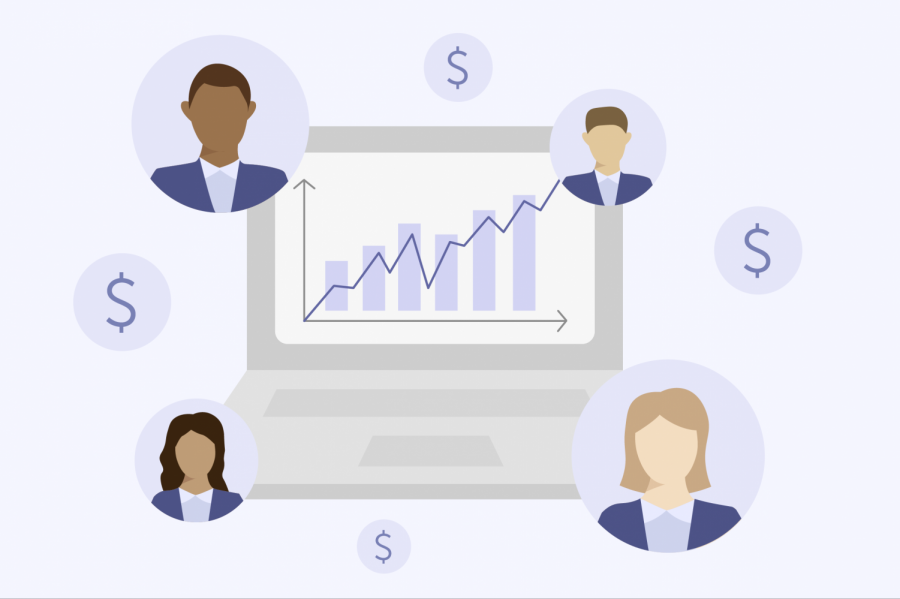 When Chris Perry, freshman in Business, realized the University didn’t have a club focused on options trading, he asked his Business 101 professor if she would send out an interest form to the freshmen class. They received over 120 forms.

Once he realized the interest, Perry got to work designing the club, finding a faculty advisor and building the executive board. Within months, the Investing and Options Trading Organization was up and running.

After receiving over 100 formal applications, they settled on keeping the club at 60 members. Perry said although everyone was surprised by the interest, it didn’t seem too unusual to him.

“People really underestimate how involved and interested our generation is,” he said.

Perry approached Richard Excell,  lecturer in Business, to serve as a faculty advisor for the group. Although Excell said he didn’t have any experience with RSO’s, he said the immediate interest took him by surprise.

“We had a student organization start from scratch that really had that much interest,” Excell said.

After witnessing the increase in trading because of things like commission-free trading on apps like RobinHood and more free time in quarantine, Excell said that students now have better opportunities to make good decisions while trading.

Although interest is up, Excell said that there’s a right way and a wrong way for students to get involved in the market. From seeing the work that the students in IOTO have been doing, Excell said he’s impressed by the thoughtfulness the group is taking to understand the market and its risks.

“They’re not just going out there throwing their money at it and hoping they get lucky,” Excell said. “They’re trying to learn and they’re trying to use the tools that are at their disposal to get better at doing this.”

Perry said he started trading his senior year of high school after saving up and doing some research. After opening an account, Perry said his interest in the market grew. He said he wants to help students learn how to trade in a responsible way.

“This can be a wealth-creating tool but it can also be a wealth-destroying tool,” he said.

And when Perry approached Lukas Saulis, a freshman in Business, about the idea for IOTO, Saulis said he was totally on board. He is now the vice president of marketing.

Saulis said when he started trading he didn’t know much. After putting some money in the market and seeing what would happen, Saulis said he decided to pursue finance as his future career.

“I just fell in love,” Saulis said. “I want to learn more about it because there’s so much to learn.”

Now, Saulis said he’s learning the ins and outs of trading from mentors on campus and within IOTO. As a novice trader himself, Saulis said he wants to help students like him navigate the market on their own.

“We wanted to help college students become young adults who know how to be financially free and can achieve that by themselves,” Saulis said.

Saulis said he also learned about trading from the Investment Portfolio Organization, another student organization on campus. Mentored by Adam Azhari, a sophomore in Business, Saulis said he looked up to Azhari as someone with more experience than him.

Azhari, the vice president of recruitment for IPO, said the organization saw a large increase in interest this past year. Fortunately, Azhari said they were able to expand the group to support more students since they’ve moved to Zoom.

Azhari said he thinks the sheer excitement of the market and visibility of the recent GameStop situation could be why more students want to be involved.

“We are a generation that loves thrill,” he said. “And although the stock market isn’t supposed to be some wild rollercoaster ride, you can definitely have it be a wild roller coaster ride if you want to.”

Although many student organizations like IPO and IOTO provide members with professional mentoring and practical advice, increased interest has made them more competitive.

Caleb Berry, freshman in Business, said he wanted to create a more casual environment. He created the UIUC Retail Investors made up of 16 students on Discord. Members share trading tips and tricks to help each other out managing their own portfolios.

After starting trading over winter break this past year, Berry said he created the group because he knows how difficult it can be to get started.

“Just three months ago, I was clueless as to how anything in the stock market worked. I remember having to watch Youtube videos or read online how to get started,” Berry said. “And the goal with this group is to have others progress quicker than I did.”

Whether students begin their trading journeys by creating clubs, signing into Discord or saving up birthday money, Excell said the earlier they start learning, the better.