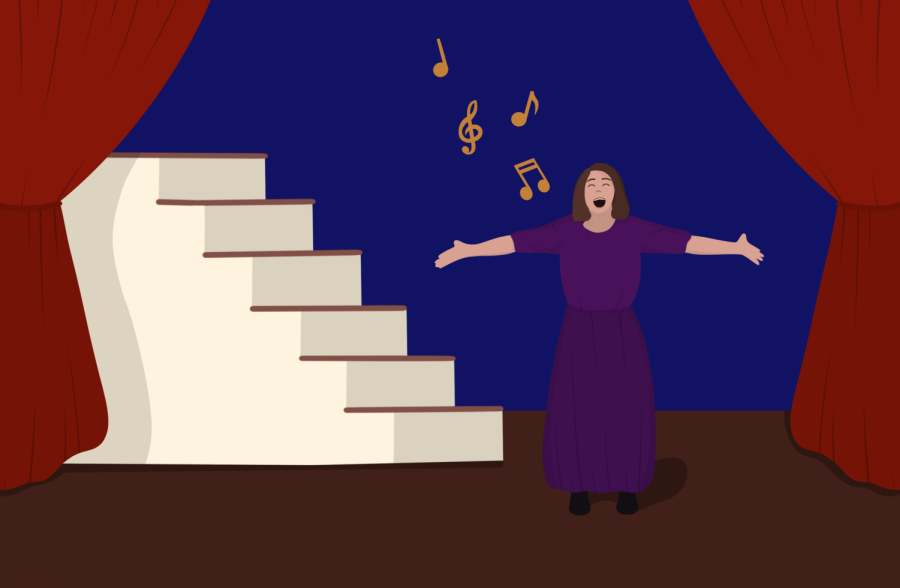 It is impossible to go anywhere or do anything without seeing the effects of COVID-19. From social distancing guidelines and mask mandates, safety is the number one priority for many.
RSOs and other groups on campus have dealt with these effects firsthand, transitioning from in-person meetings to virtual ones.
While University groups have been able to host in-person events as the restrictions are slowly lifted, the challenges of meeting safely remain.
Illini Student Musicals, an organization on campus that performs musical theater, is no stranger to the COVID-19 guidelines set in place by the University. This semester, they’re performing “Little Women.”
Kyle Krisch, junior in FAA and director and artistic lead for “Little Women,” said all participants have to follow COVID-19 protocol.
“We fill out an attendance form,” Kirsch said. “We’ve been really good about keeping track of contact tracing to make sure that if someone was exposed or did contract COVID, we were able to trace it down to the day and maximize safety.”
However, with University spaces only allowing a maximum of 10 people at a time, the production team had to get creative during rehearsals.
Daniel Owen, junior in Engineering and the President of Illini Student Musicals, spoke of the lengths the organization has gone to ensure they are prioritizing safety for the cast and staff, from picking a show that has a small cast size to breaking the cast down into two smaller casts with a maximum of 10 students.
“It gives all of our actors plenty of space on stage to perform without breaking anyone’s six-foot bubble or if they’re singing, 10-foot bubble,” Owen said.
Owen also said that to ensure everyone in Illini Student Musicals gets a chance to be involved in the production, both casts have been rehearsing separately and will get the chance to perform in a matinée and evening show.
Krisch elaborated on this, stating that each cast can approach the show the way they want to ensure that the two performances are different and unique to each cast.
Although the two-cast system is an effective way to safely organize this production, it comes with its own set of challenges. Lucy Economos, junior in FAA playing the role of Amy March, emphasized how essential physical interactions, facial expressions and overall cast chemistry are to an actor’s performance.
“For me, it’s about myself just as much as it is about the other person, so it’s really hard to have the urge to be close to someone but know that I can’t do that and that I have to stay six feet away from them,” Economos said.
“Obviously, so much of our expression comes from our mouths, our smiles, so it’s been really interesting to only focus on people’s eyes and eyebrows,” Economos said.
Economos also said that the cast has utilized Zoom calls and socially distanced quad meetups, outside of rehearsals to bond and build chemistry with each other.
They also make sure to checkin with each other regularly and encourage each other throughout rehearsals to keep the energy up.
Unlike a normal semester where the actors could build their character around the chemistry they have with their cast members, Economos said she had to focus more on how to step into the character’s shoes.
Since she is playing a 13-year-old girl in the play, this involves looking at old video footage of herself when she was 13 and recalling her experiences when she was younger.
Krisch also said that the cast members playing the same character can bounce ideas off each other and discuss how they want to differentiate between their individual performances.
The organization also approached the presence of an audience differently for this production, maintaining a reduced audience for the date of the performance and streaming it to the rest of the students that wish to see it for free on their website.
Students will be able to see the show as long as they have a negative test.
However, Krisch clarified that the system for selecting the students to see the performance in person is still in the works, and although the limit has not been set, it will most likely be 25 students.
The performance date has been set for the weekend of April 23, and the cast or casts are approaching the date with high spirits.
“The actors are really talented,” Krisch said. “We were really lucky with our casting pool, and they’re doing the work. It’s super awesome, and so I’m really excited to see them present that to everyone.”