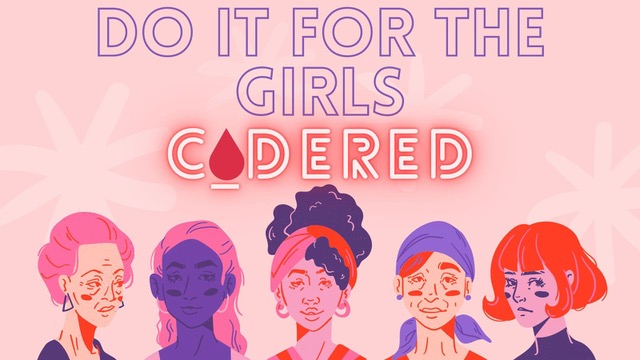 CodeRed UIUC fights to have the University provide femine products. They work to empower and support women students.

Illinois is one of four states that requires schools with grades six through 12 to provide free menstrual products in bathrooms. But while students in high school and middle school have access to free tampons and pads, the same doesn’t go for students at public universities.
“People who don’t bleed every month don’t see it as something that disrupts our daily lives,” Cici Teng, junior in Engineering, said. “But it would completely ruin my daily activity if I didn’t have access to the right products I needed.”
The University is one of many colleges in the state that has yet to offer free products. In 2016, the Illinois Student Senate passed a resolution pushing for free products through the McKinley Health Center, but so far, nothing has changed.
While the center offers other free resources such as condoms and lube, it only offers free menstrual products to students who come in for pelvic exams.
The only places where students can get free products are in buildings near the Main Quad. In fall 2019, Facilities and Services retrofitted some of the menstrual dispensers in bathrooms to eliminate the 50 cent fee. However, many remain unchanged, including the ones in the Union.
So far, the financial burden has fallen on the Illinois Student Government. While Facilities and Services have agreed to fund future dispenser changes, all of the previous changes were fully funded by Illinois Student Government.
“I feel like the people who are against having free products on campus or just easily accessible always have the argument ‘Oh where’s the money coming from?’” Teng said.
In the fall, she founded CodeRedUIUC, a club aimed at improving period equity in the Champaign-Urbana area and educating students about menstruation. According to Teng, the problem isn’t that the school doesn’t have enough money for the programs, it’s that they don’t see menstruation as an important issue — a lot of the people in the administration don’t menstruate.
“Bleeding between your legs just sucks,“ Teng said. “It gives you mood swings, it changes your hormones and a lot of things happen to your body.”
While CodeRedUIUC is more aimed at advocacy, Teng has been trying to team up ISG’s Menstrual Progress task force to make products widely available on campus at no cost.
The goal of the task force is to improve the mental and physical health of students by making products more accessible to those who can’t afford them or maybe don’t have change for the dispensers.
“Not everyone has a quarter on them when they are in the middle of class and their period starts,” Cody Bainbridge, senior in Engineering and co-chair of the task force said.
While the task force has been around for more than a year, it has faced leadership turnovers and maintains a low membership. Bainbridge, who has been with the task force from the start, said that both COVID-19 and lack of funding have slowed their progress.
“I started my talks with McKinley last spring and I’m just now getting a little bit of momentum going with it,” Bainbridge said. “It’s frustrating and I want to get it done before I graduate, but it doesn’t look like I’m going to.”
Bainbridge has been working on implementing a pilot program in which students could get free menstrual cups through McKinley. However, while reusable menstrual cups are a more sustainable option, they cost roughly $30 per cup in comparison to a box of tampons which sells for around $7. This price is on the lower end compared to the rest of the country. The cost of the program has been a large reason as to why the school hasn’t offered free products in the past.
“I think the biggest challenge is convincing certain people in the administration that there’s a need for this,” Bainbridge said.  “And making the case for why this should exist and why it’s worth it.”
Linzey Rosen, period activist and junior at Colby College, faced similar problems at her school.
“People are advocating for this, they just aren’t being listened to,” Rosen said. “It’s such a stigmatized thing, that people don’t take it seriously”
When Rosen was a freshman at Brandeis University, she said that administrators tried to stop her from collecting menstrual products on campus, their reason being that tampons were too provocative and having them out in the open would make other students uncomfortable.
Since then, Rosen realized that a lot of people are still uncomfortable with talking about menstruation and are largely unaware of the financial burden it has on many students all over the state.
“People in power, for the most part, come from some kind of privilege,” Rosen said. “So this whole idea that students can’t afford period products is shocking to some administration.”
In 2016, Illinois became the third state to remove the so-called ‘tampon tax,’ which is a luxury sales tax placed on menstrual products. Governor Rauner signed a bill that eliminated the 6.25% tax and reclassified tampons as a necessity. However, without the tax, the monthly cost of products can be a burden to women.