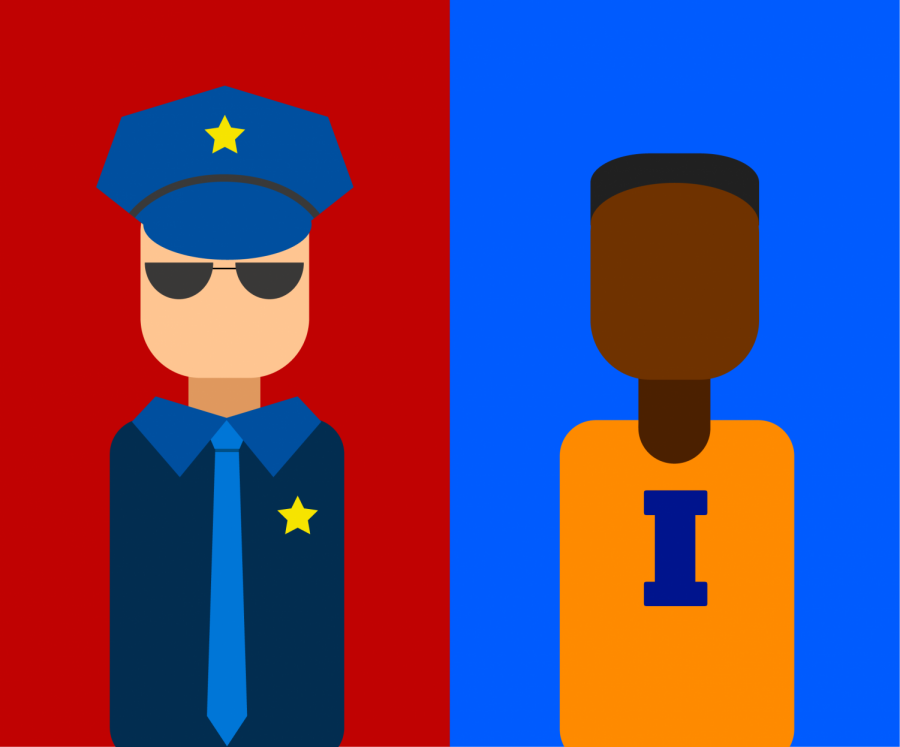 When University senior and speaker of the senate for Illinois Student Government Arnoldo Ayala got an email inviting him to join a committee for the University’s Call to Action for the 2020 academic year, he was excited to start.

As the only student on the main committee for the public safety, policing, and the justice system working group, Ayala said it’s stressful being a representative for the entire student body.

“Sometimes I can’t go because I have class or I have other commitments,” Ayala said. “And if I can’t go then there’s no student representation on this committee.”

Last summer, the University announced a plan to tackle systemic racism. Named the Call to Action, some committee members like Ayala have raised concern over whether real action will come.

The Public Safety, Policing, and the Justice System working group is composed of faculty members, University administrators and one student.

At meetings, Ayala said productive conversations often get derailed as debates ensue between police and non-police members of the committee.

“It’s just a constant back and forth with us trying to give solutions and give ideas to fix the issues and the police just saying no,” Ayala said.

Vice-chancellor for Diversity, Equity and Inclusion Sean Garrick said that one of the biggest challenges to dismantling systemic racism is bridging the gap between the campus and the surrounding Champaign-Urbana community.

“We’re seeking to foster better collaborations and partnerships with the external community, not simply on our terms, but on the terms of those who are outside of the University,” Garrick said.

Garrick said seeking a range of ideas from members with diverse experiences, perspectives and expertise was essential to make strong recommendations.

Naomi Paik, policing committee member and associate professor in Asian American studies, said she had reservations about joining the group in the first place. Now, she feels like her presence will justify what action is taken.

Paik said that having police on the committee is a clear conflict of interest.

“The only voices that are actually getting traction in terms of actual movement, policy, hires and programs is the UIPD,” Paik said.

Although many concerns have been raised about having police partake in the conversation, Garrick said it’s important to have law enforcement at the table.

“Collaboration and cooperation with all stakeholders are key,” Garrick wrote.

And Paik said the more money the police on campus get, the less money goes to the students.

To tackle the biggest challenge of engaging the Champaign-Urbana community, Paik said the University needs to treat it differently.

“If you actually want to resolve issues of community divisions with the University, then you have to treat the community as if it’s a community in which we are embedded and not as an external threat to University property,” Paik said.

Illinois Public Media reporter Lee Gaines reported that over half of people physically taken to jail by the UIPD were Black, despite only making up 7% of the student population.

Cameron Pope, junior in LAS and member of Defund UIPD, said this number is part of what inspired him to take a harder look at race and policing.

And although Pope said the UIPD acknowledged the disparities, he said their justification wasn’t much better. Pope said the police said that many of the Black arrestees were Champaign-Urbana community members.

Now, Pope said the University needs to listen to the students to see what they want the police on campus to look like.

Pope said he and Defund UIPD sat outside a table in front of Alma Mater to talk to students about the recent Illinois Student Government referendum trying to reallocate 25% of the UIPD budget to student services.

After talking to students, Pope said a majority were in favor. Now, he said it’s the University’s responsibility to take action.

As the Call to Action plan begins to accept research proposals from faculty, policing committee member and associate professor of anthropology Gilberto Rosas said he needs to see follow-through from higher-ups.

“We do not want whatever we produce to just be shelved,” Rosas said.

To make real progress, Rosas said that the University should listen to communities of color in Champaign-Urbana to see what they want and need.

“Communities of color often are really engaged in these processes, and we need to go alongside them rather than imposing our own vision of what is to be done,” Rosas said.

Additionally, Ayala said adding more students into the conversations around policing and systemic racism is a way to show that the University values student input.

Garrick said that they plan on including more student voices in the conversations.

“The next stage of this work will include opportunities for student feedback, and we hope that many students will engage with us in this process,” Garrick wrote.

Graduating this May, Ayala said he’s worried about student representation in the committee once he’s gone.

“That’s a lot of pressure to put on me and it’s not a good way to have student input,” Ayala said. “You need multiple students because I’m just one person.”