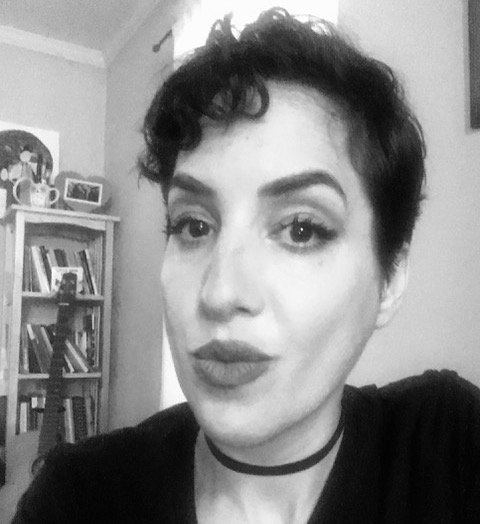 Lila Sharif, assistant professor in LAS, spoke with a reporter from The Daily Illini about the ongoing rise in racially related hate crimes against the Asian and Asian-American communities.

Recently, the University issued an official statement on ‘The rise of anti-Asian violence across the nation’ condemning the recent attacks and resurgence of hate-bias against Asian-Americans, while also acknowledging the need to stand in solidarity throughout testing times. Academic departments and RSOs have independently called out the misconduct and expressed their support for the community.
Recently, Lila Sharif, assistant professor in LAS, met with The Daily Illini to talk about ongoing uprise in racial crimes against the Asian-American community.
This interview has been edited for length and clarity.
Daily Illini: How has anti-Asian violence been addressed by the community?
Lila Sharif: Anti-Asian violence has long been addressed by Asian and Asian American communities. This is because anti-Asian violence is not new and does not operate in isolation from the ongoing realities and experiences of people of Asian descent as well as those who are perceived to be sex workers, perpetual foreigners, model minorities, terrorists, disposable labor, etc.
The Asian American community, its leaders and allies, have addressed this latest expression of white supremacy and misogyny by publishing statements, creating workshops, facilitating forms of community care that do not rely on police and policing (who have historically served systemic violence), protests, rallies, talking to news outlets, checking in with other community members and collaborating on critical work on anti-Asian violence contextualizing the violence as part of a legacy of settler colonialism, labour exploitation, white supremacy, material violence, patriarchy, imperial relations to Asian and other systemic factors and failures.
This is not an “Asian problem” — this is a national problem that runs deep and connects to racist sexual violence, as well as class, gender, U.S. interventions abroad, colonialism, white supremacy and a whole host of other structural problems that promise more violence against people of color.
As Dylan Rodríguez Cathy Schlund-Vials and Scott Kurashige of the American Studies Association stated, “Narratives of the Atlanta shootings as exceptional, individualized reactionary violence, as a ‘hate crime,’ fail to understand the complex, normalized linkages between sex worker criminalization, anti-Asian state rhetoric, anti-black policing, urban gentrification and accelerating white nationalist mobilizations — among other things.” Rodriguez is absolutely correct, and we need to understand the response as part of this ongoing struggle.
One example of the work being done in the fields of American Studies and Ethnic Studies is a curated collection of resources tentatively named “ASA living archive: Addressing Anti-Asian, Anti-Sex Worker Violence.”
DI: What are some underlying, unaddressed issues the Asian and Asian American community faces?
LS: We cannot see this incident as isolated from the broader reality of racial violence. A lot of people have been quick to point out that anti-Asian violence has increased 150% as a result of the Trump administration, which blamed a global pandemic on Asians, especially Chinese folks. At the same time, there are many stories of racial violence that are fatal and ongoing that are not limited to individual instances, such as Robert Aaron Long’s targeted murders at three Atlanta-area spas that ultimately claimed the lives of eight people. These instances are also not “exceptional” in the sense that they do not occur in isolation. We have to do better collectively and there is a long way to go.
DI: How have these issues started to aggravate? What is the instigation?
LS: These issues have been present since the inception of the United States. I cannot offer justifications of why they occur, however, I can point to the fact that they do occur, and are systemic — not isolated incidents by crazed individuals having “bad days.”
DI: In your view, how do these incidents grow and gain momentum?
LS: Certainly, one can point to the upsurge in an audacious form of white supremacy wrought by Trump — however, these problems have always been present and require us to rethink “business as usual” as extremely violent and problematic.