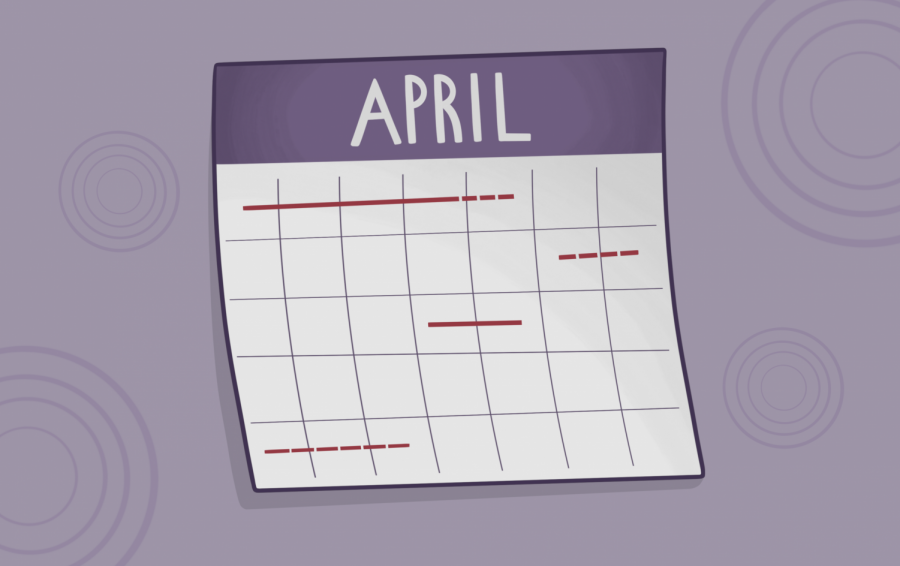 Katharine Lee, post-doctoral research scholar in the division of public health sciences at Washington University School of Medicine, was one of the first people to get the COVID-19 vaccine. She noticed her menstrual cycle was irregular compared to her previous cycles.
After reaching out to see if her other vaccinated colleagues had a similar experience, she noticed a commonality.
She shared these conversations with her former teacher, Kate Clancy, associate professor in LAS at the University that specializes in menstruation studies. Clancy had a similar experience and sent out a tweet inquiring if others had abnormal periods.
The tweet went viral. Many people who menstruate reported longer, shorter, heavier, lighter, early and late periods.
Just like fatigue, sore arms and fevers, scientists are researching whether the COVID-19 vaccine alters menstruation. Lee said this is important because people should be able to prepare for any and all symptoms.
“If it is a side effect, people should be prepared in the same way that we know and were prepared for in possibly having a fever or being fatigued for a day,” Lee said. “If it were something that happened out of the blue, it is something that some folks might be worried about.”
Lee said it’s especially important for people at risk of period poverty to know.
“One thing is that not everybody has access to a car to run to a store so there is a potential very immediate expense,” Lee said. “It does cost more money out of pocket and I think it really differentially would affect people who are already marginalized or who live where they don’t have ready access to shops which is many people in the world.”
Cici Teng, junior in Engineering and president of CodeRed, an RSO that educates students on menstruation and fights period poverty on campus, echoed Lee’s concerns that abnormal menstrual cycles could put those subjected to period poverty, specifically younger people, at risk.
“If your cycle is heavier or earlier compared to before receiving the COVID-19 vaccine, the cost is different,” Teng said. “It really adds up when you multiply it and obviously when you have heavier flow, especially when you’re younger, there’s a lot of cost that goes into figuring things out.”
Clancy has surveyed over 62,000 people who menstruate after getting their vaccine. The study is on-going, so Clancy said she can’t definitively say there is causation. However, she said she’s confident in some things.
“I’m really confident that we are not looking at something that causes long-term issues,” Clancy said.
Both Lee and Clancy said they want people to know they are avid supporters of the COVID-19 vaccine and their research should not discourage people from getting it.
“I would take 10 heavy periods to be protected from this vaccine,” Clancy said. “What I would love for us to shift our thinking around is not ‘(the symptoms) are something bad that’s happening’ but rather ‘(the vaccine) is working.’”
Clancy said that transparency is vital to encouraging people to get the vaccine and doesn’t think their research and recognition of their research will deter people.
“I think the vast amount of people respond really well to being told the truth and are more likely to trust a scientific or medical establishment that is willing to engage, and willing to think about and willing to admit overlooking something especially if they’re willing to course correct,” Clancy said. “So I think that’s only going to increase the likelihood that people will take the vaccine.”
Throughout history, Clancy said menstruation hasn’t been included in vaccine research. In fact, she emphasized that women haven’t been included in such research due to concerns about fertility.
“The more we talked to people we know that study vaccines or report on them, the more it became apparent to me that it’s not remotely built into the structure of vaccine or drug trial testing to inquire about menstrual changes,” Clancy said.
Clancy said she heard from a number of people that they tried to report menstrual changes to reporting systems and were denied the ability or were mocked.
“This is not just ladies being silly,” Clancy said. “There are really obvious mechanics here.”
In general, Clancy said there needs to be more research on menstruation and she hopes she can be part of that.
“We’d love to collect actual blood and menstrual blood before and after vaccines,” Clancy said.
“We’d love to do more qualitative work to think more about the lived experiences of transgender and non-binary people who are menstruators or who have experienced breakthrough bleeding.”
In addition, Lee said she hopes that the results of the survey will help support those that have been gaslighted.
“I hope that (the results of the survey) validate people’s experiences and clinicians take it seriously,” Lee said. “I hope trans and gender non-confirming folks feel like they were heard and respected.”