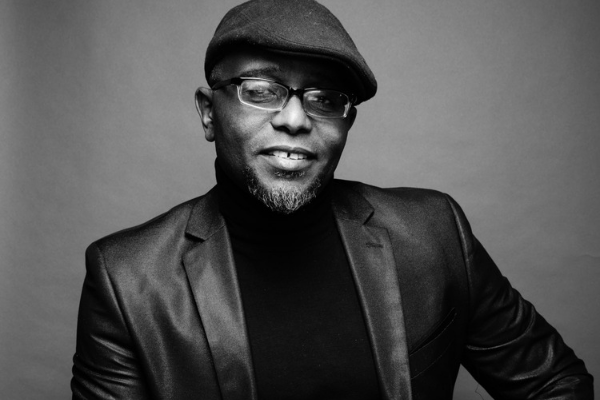 Pulitzer Prize winner, Tyehimba Jess, spoke at the University over Zoom from April 7-8. Jess gave students the inside scoop on his life and journey to becoming a poet.

Nneoma Ohale, junior in LAS, treasured her time discussing poetry at “Craft Talk,” a program created by the Humanities Research Institution to speak with writers of our time.
Ohale started writing around 9-years-old, but poetry came later at 14.  When describing what writing means to her, she quoted Bell Hooks and said, “Artists show the world as capable of being reimagined and remade.”
Ohale said writing is her opportunity to be creative and put on paper how she sees the world versus how she would like to.
“Whatever you’re meant to do, you will get there,” Ohale said. “Whatever is destined for you, that’s yours no matter what. Your path was laid out for you and however you need to get there, you will get there eventually, as long as you stay the course.”
Tyehimba Jess, Pulitzer Prize-winning author for his book “Olio,” was the keynote speaker for HRI’s event “Craft Talk.” As well as the Bruce D. Nesbitt African American Cultural Center’s event, “Food for the Soul: Inside Scoop with Tyehimba Jess.”
Erin Ciciora, senior communications manager for HRI, said that the administration hoped the event would offer a new experience for attendees, whether they were familiar with his work or not.
“It’s a special experience to stand in awe of his masterful work while also having direct access to ask him questions and hear him tell his own story,” Ciciora said.
The event took place via Zoom, from April 7-8 in three segments. The first segment, “Food for the Soul,” was an inside scoop on Jess’ life and the road he took to become a poet.

Jess has taught at the Juilliard School, The University of Illinois at Urbana-Champaign and the College of Staten Island in New York City throughout his career. He said it was important for him to come back to the University because he feels like he owes them a lot, considering they gave him his first professorial job.

The road Jess took was far from linear, as he initially majored in English before switching to public policy, which he graduated with an MFA in.

“I couldn’t find much to latch onto,” Jess said. “My experience was alienated because I couldn’t see myself in the text they provided in my English classes.”

Jess has been writing poems since he was 14-years-old, but it was after running into a fellow poet, Sterling Plumpp, that brought him back into poetry.

After that, he did a lot of open mics, slam events, earned his MFA and then started teaching at the University.

His writing incorporates a range of historical anecdotes, which is the premise of a lot of his work. He said he studied histories that inform “who, where and how” he is because he’s interested in reclaiming histories that have been lost, buried and transgressed upon.

Jess told the audience when African American’s were brought to the Americas, they were stripped of everything including culture, however, the one thing they were able to keep was the sound.

The second event, “Poetry’s Musical Bloodline: A Sociohistorical Soundtrack,” was a conversation about how history shapes writing. Jess started the event playing two minute’s worth of harmonica which he said was the beginning of his realization concerning how intersectionality informs music.

Jess said that sometimes as consumers, we unconsciously separate artists from their personhood and don’t take into account that the art they’ve produced is in some way an extension of themselves.

“We’re thinking about not just the music, but the identity of the musician and what went into their struggle to bring that music to your ears,” Jess said.

In the final event, “A Reading with Poet-in-Residence Tyehimba Jess,” he read some of his poems from “Olio.” This book examines the lives of African Americans before and after the Civil War until World War I.

The next collection of poems were about Bert Williams and George Walker, who were comedians that also participated in minstrel shows. Minstrel shows are comic routines based on stereotyped depictions of Black Americans, which were typically performed by white actors with blackened faces. Additionally, it serves as the foundation of “Olio.”

Despite everything Williams and Walker accomplished, Jess calls minstrelsy “psychological warfare,” which still shows its face in modern times.

You can find more of Jess’s work from “Olio” here.