Students develop robots based on capture the flag 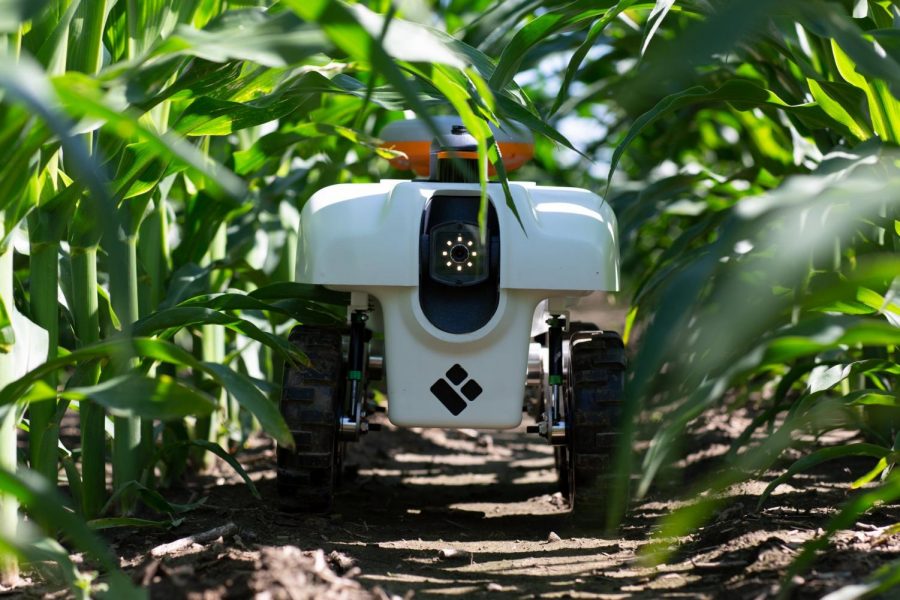 Dr. Girish Chowdhary’s autonomous agriculture robot roams through a field of crops. Chowdhary and students at the University have developed robots to mimic games of capture the flag.

Capture the flag, the game children play at recess, is the inspiration for robotic research at the University of Illinois at Urbana-Champaign.

The research is usually held in the Field Robotics, Engineering and Sciences hub, otherwise known as the Fresh Lab. The Fresh Lab is located in the Agricultural and Biological Engineering building.

Capture the flag was chosen as inspiration because it was a competitive game according to Dr. Girish Chowdhary, associate professor in ACES. Chowdhary said that the multiple outcomes of the game provide more room for creativity.

The robots have specific roles for capture the flag.

“(The robots) are playing as the agents in the capture the flag game,” Chowdhary said.

Chowdhary said that the robots could either be acting as scouts or patrollers. In addition, Chowdhary said some robots can serve as economists that can combat the economic problems with agriculture.

“I work on AI and decision-making algorithms,” Chowdhary said. “The robots are a way of bringing this AI into practice and into reality. I really love the fact that the software we create enables these robots to intelligently act with the environment and each other. That’s why I like working with robots as opposed to just software.”

For a typical project work schedule, Chowdhary said the workers usually meet every week, mostly on Zoom. Although sometimes they go to the lab, Chowdhary says they can complete the work from home. They can work on the robots by working on simulations of the robots that are similar to a game.

Abraham Yurnak, junior in Engineering, was a part-time robotics developer. He worked with drone robots under Chowdhary on an independent research project.

“For this (drone robots project), we were equipped with a camera and their mission was to do surveillance,” Yurnak said. “To be able to take pictures and be able to tell where the other team’s robots were, much like you would see in a real operation.”

Yurnak said he is passionate about robotics.

A typical day at work for Yurnak was testing the robots multiple times.

“It was a lot of going out, trying something, learning about it and seeing how it performed, and then coming back and making improvements and just doing that cycle over and over again,” Yurnak said.

Yurnak said that those that work at the Fresh Lab hope they can find the exact purposes that algorithms are best for. They want to eliminate unhelpful algorithms to work on the beneficial ones.

Chowdhary said he tries to view what other groups are doing to emulate the good qualities of their work. As of right now, he is interested in neuroscience and how that correlates with artificial intelligence.

“Advancing artificial intelligence and robotics in the real world (is) the big motivation,” Chowdhary said. “We want robots to be able to do things that are hard for people to do.”