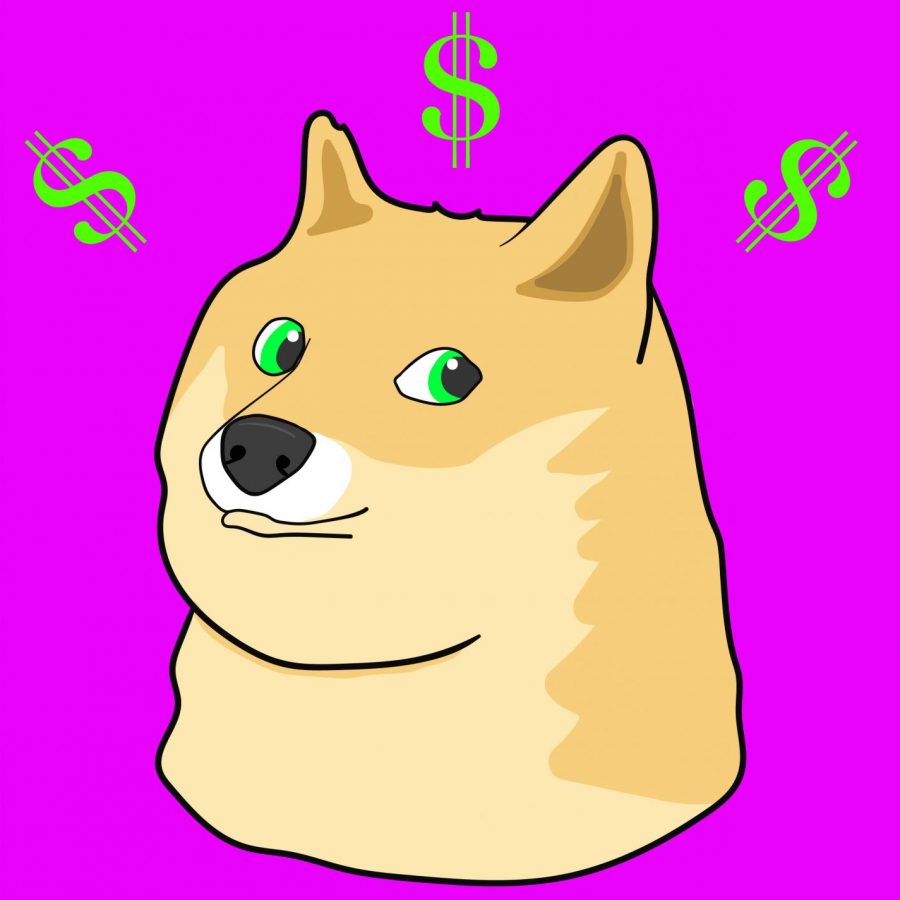 Since the 2017 burst of Bitcoin into the mainstream, going from shady underground currency to SNL jokes, the cryptocurrency scene has only grown more chaotic. Several dozen other coins have exploded onto the scene, as well as many mainstays booming to the tens of thousands in dollar value.

Now, cryptocurrency is not a secret 5G-spreading malware created by Elon Musk, in order to steal all the chicken tenders off the planet (debatably). Crypto is a form of digital payment currency that can be exchanged online for goods and services. Many coins can be traded specifically for goods or services that select companies can provide. Think of them as really expensive and legal Chuck E. Cheese tokens that need to be exchanged with real currency to get anything at the prize counter.

Mining from existing computer components is the main method of creating new coins, but most coins are simply traded between investors looking to wait and see the value of the coin grow over time. The backbone of the cryptocurrency market is Blockchain.

Simply put, crypto is praised for its security and the possibility of a great future as a new form of money.

Many tech-savvy students across the University have already jumped aboard the crypto scene, with high optimism of making millions of dollars off the craze. With various factors at play, however, the volatile market scares many from putting significant investment into such.

Griffin Rzonca, freshman in Engineering, spoke about his concern for the environmental effects as well as fluctuations.

“Bitcoin is terrible for the environment, so I didn’t feel right buying any,” Rzonca said. “Ether isn’t great either, but it’s much better. Cardano is the best environmentally of the three.”

While Rzonca said now is a good time to buy as the current market is currently slumped, he remains skeptical.

“It’s an incredibly risky asset, it fluctuates far more than regular stocks do, but since we’re young, many of us have a higher risk tolerance which I think makes it more appealing,” Rzonca said.

Rzonca is like many students who are informed on the topic of crypto, yet actively does not proceed with such due to the various negatives that can be attributed to such. However, many students are filled with strong optimism and excitement.

Will Thompson, senior in AHS, adamantly believes crypto is the future.

“Blockchain technology is one of the most secure methods to conduct transactions,” Thompson said. “It’s pretty much a digital ledger that is immune to fraud. I think it would be more popular if Wall Street wasn’t so concerned about crypto/blockchain cutting out them as the middleman and eating into their profits.”

Thompson’s energetic hope for crypto shares in line with his desire for more students to hop on the bandwagon.

“I do think students should look into crypto,” Thompson said. “Whether they invest or not should be based upon their own due diligence as bitcoin and other crypto are traded like stocks, thus their value is dictated by the market resulting in both rises and dips. For me, I’m holding my crypto, Bitcoin and Qualizza coin (Q-coin), for the long term.”

Sharing in this optimism is Zayyan Faizal, senior in Engineering, who also believes crypto has a strong future.

Faizal thinks students, especially those who are interested in finance and computing, should at least look into crypto beyond just buying/selling.

“Lots of people can build cool things on top of crypto projects,” Faizal said. “Personally, I’m hoping students are interested enough to start a blockchain club as many other top universities have.”