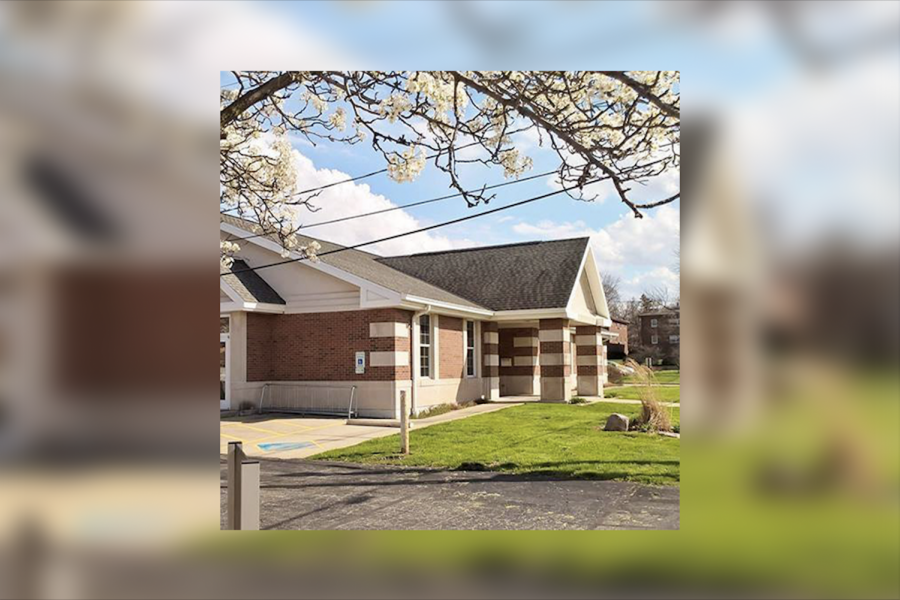 The Church of Jesus Christ of Latter-day Saints sits at 402 S. Lincoln Ave. in Urbana. Mormon missionaries have set out to preach the gospel in the Urbana community to spark recruitment during the pandemic.

Before the pandemic’s onset, many households in both America and around the world would receive a knock on their door, to be met with two young men in clean shirts and name tags, not here to sell candles or insurance, but rather spread the word of Jesus Christ.

The Church of Jesus Christ of Latter-day Saints, located at 402 S. Lincoln Ave. Urbana, Illinois., is a Christian institution. Claiming to have more than 16 million members, the church is the third-largest Christian denomination in the United States that spawned from founder Joseph Smith during the Second Great Awakening religious revival in the 19th century.

Elder Howard, 19-year-old missionary from Utah, who is partnered on a divine-instructed two-year mission to venture the nation in spreading the faith with Elder Aken, 20-year-old from Hawaii.  They will have a 3-6 month stop in the Urbana area.

The two gave insight into the process and tribulations of their journey.

“We apply, and say we want to go on a mission, and we believe it’s by relivation that the leaders of our church decided which area to serve,” Elder Howard said. “I’ve been to St. Louis for about six months, now Urbana for about five months.”

The two described their enjoyment in their local assignment, with it being a break from the normal door-to-door activities in exchange for more open, personal opportunities.

“Our assignment specifically is to interact with college-aged students,” Elder Aken said. “It’s a super awesome experience. Not all the time we’ll see people accept our message, or even give us their time, but the ones who do make it all worth it. Being able to invite them to find for themselves the message that we share.”

While they have been very satisfied with their journey so far, it has come in the wake of the obvious setbacks the pandemic has brought upon the basic ability to interact with others.

“It has had a huge impact,” Elder Howard said.

In the past, Howard said classic missionaries would go door-to-door and do a lot more in-person things. But at the height of the pandemic, they weren’t able to do in-person visits. Instead they said they messaged people on Facebook and Instagram, using social media as a platform to gospel.

The two said the lifting of lockdowns and resurgence of in-person activity incentivized the duo, and they still utilize Facebook as a modern means of the gospel. Many foreign missionary journeys were directed back to the United States due to more severe reactions and lockdowns occurring abroad. Nonetheless, they said they are optimistic and hope to tell the student body and greater Urbana area the meaning of their faith.

“We want to be good citizens and help our community,” Howard said. “Spread goodness and peace from the gospel. We want to be an uplifting part of the community.”