UI student creates startup to help others pay for college 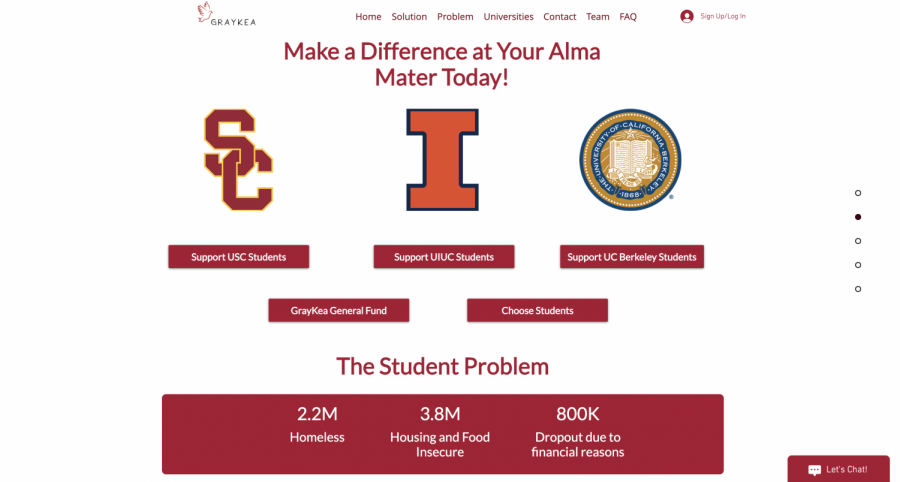 A screenshot from the website Graykea is shown above. Manav Modi, junior in engineering, created a startup to help others pay for college.

Many have said being a full-time student can feel like a full-time job. Manav Modi, junior in engineering, has two — working toward his degree in computer engineering and running his startup.

In May 2020, Modi was finishing up his sophomore year of college from the distant location of his home amid the COVID-19 pandemic. The ease of online classes gave way to late-night conversations with two of his childhood best friends, Ayushi Gupta and Siddhi Chandak, students at the University of Southern California, and University of California, Berkeley, respectively.

The stresses of the pandemic led them to discuss a challenge they saw their fellow students confronting day in and day out — economic insecurity amid the rising cost of college tuition. Putting their minds to work, redirecting their energy that would have been focused on their internships had the summer progressed as normal, the three friends came up with an idea for a startup to help students get the financial aid they need.

To solve this problem, Modi and his friends came up with the idea for GrayKea — a platform to connect students in need of financial aid to alumni willing to donate.

“I heard a lot of stories from my friends who were struggling to pay for college, they didn’t have the funds to pay for college anymore and their universities weren’t being the most helpful,” Modi said. “So, I think there should be resources for students to go to, and that was where the idea started.”

Modi and his two friends worked on the project all summer long and found enough success to continue with the startup during the school year. Nearly a year and a half after founding, GreyKea now has over 90 students and 500 alumni using their platform and has just finished a pilot program to officially partner with the University of Illinois.

The University of Illinois foundation runs UIDEA, a program to help develop business ideas that in turn benefit the UI System’s fundraising. While, according to Modi, UIDEA typically only works internally with employees of the UI System, GrayKea became the first startup to partner with the program.

Through UIDEA, GrayKea was able to officially partner with the UI System so alumni donations can be stored in students’ University accounts, instead of given directly to the student to be used at their discretion. According to Modi, this extra step provides a sense of security to younger alumni who want to help younger students in need but also ensures their donation is being used for its intended purpose.

“Gen Z and millennial alumni want to give in a more personalized manner,” Modi said. “We want to be able to provide that avenue for them. I think the future is us partnering with universities and providing this platform to as many students and alumni as we can to ensure that no one has to sleep hungry or homeless again.”

GrayKea is currently partnered with the UI System and is looking to partner with USC and UC Berkeley, Modi’s co-founder’s schools. Although the team has started out with their respective universities, Modi plans to continue with GrayKea and expand to as many universities as possible.

Despite attending the University as an engineering student, Modi sees himself as more of an entrepreneur than an engineer. While his computer engineering background benefited him in day-to-day operations with the startup, such as putting together the company’s website, he attributes his success with GrayKea to his willingness to learn.

“An entrepreneur is someone with multiple skill sets using them toward their startup, as well as being able to learn new skills on the go,” Modi said.

“I’ve been able to learn so much stuff I never expected to learn in the past year; stuff about taxes, working with lawyers, filing documents, starting your own company, making sure you’re paying everyone. I never would have learned otherwise.”