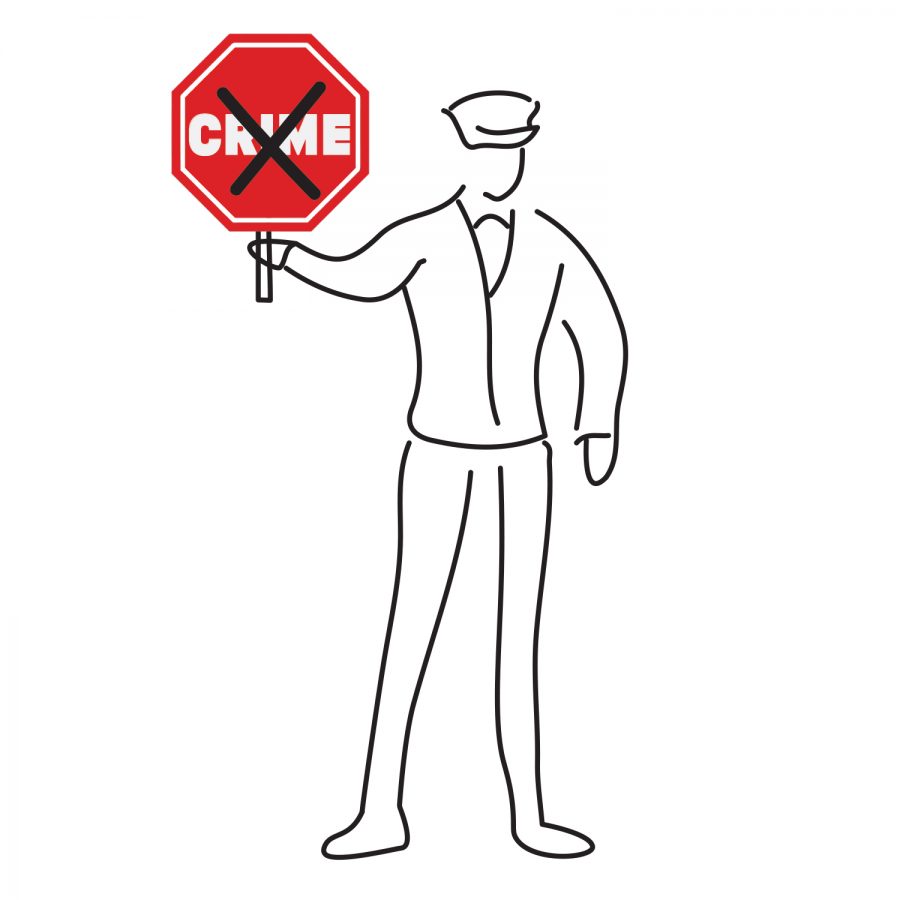 On Friday, June 11 at 12:36 a.m., an Illini-Alert notified the student community that two students reported being the victim of an armed robbery at 208 N. Wright St. Urbana. Police action was swift and the situation relating to that matter is ongoing. This however has not been the first of these notifications, and the users of r/UIUC have been discussing concerns with crime in the local area that have seen a rise in the aftermath of the pandemic.

While no definite reason can be asserted to this rise given the multitude of factors, student concern was not in short supply.

Caleb Cole, senior in Engineering, spoke about his concerns regarding crime in the area and also about his feelings about the issue resolving.

“I do think it is slightly worse than it was a few years ago,” Cole said. “But I think there’s a reason for that. With COVID, people were more distant and easier to target for violent crimes. Also, a lot of people were probably affected by COVID to the point where they would be more likely to commit crime.”

Cole also said that he felt like the rate of violent crimes will die down again since more people will be out partying in larger groups.

“Personally, I doubt my habits will change at all since I usually bike around anyway which naturally makes it harder to attack me,” Cole said.

Emily Lee, senior in Education, expressed her fears of being out after dark, and how the stress of it all has harmed her mental well-being to the point where she fears being in her own apartment.

“In general, I feel very unsafe, especially as a woman, to be living on campus right now,” Lee said.

The stress of this, however, has not gone unnoticed by the University. The very Illini-alert system that jump-started the discussion on the matter is only the tip of the iceberg in terms of anti-crime resources employed by the campus.

One tool is the SafeWalks and SafeRides program. SafeWalks is a courtesy service provided for free to students by the Student Patrol. They operate from 9 p.m. to 2:30 a.m. (Sunday through Wednesday) and from 9 p.m. to 3 a.m. (Thursday, Friday or Saturday), helping concerned students get company for walks to destinations they don’t feel comfortable in.

“I have not used these services myself,” Cole said. “But I’ve always liked this idea and think it’s a great way to help prevent violent crime and make people feel safer.”

“I wish they offered a class on how to deal with crime like the ones they do on alcohol and sexual assault,” Ran said.

Benjamin Arango Navar, freshman in LAS, had a more positive and content feeling about the campus’ safety.

“For a school with that many kids, it surprises me how little crime there is,” Navar said. “I feel very safe.”

Caleb Berry, freshman in Business, shared Navar’s assurance in the safety of the campus life and was even more perplexed that such is ongoing.

“I’ve never witnessed any,” Berry said. “But it is surreal to think that it exists.”

Griffin Rzonca, freshman in Engineering, spoke about the University reassuring his concerns.

“I generally feel safe on campus,” Rzonca said. “I think the Illini-Alerts can sometimes make you feel like there is more crime because you hear about crimes that you wouldn’t necessarily be aware of on other campuses, but on the main campus I feel very safe. The alerts and campus (police department) generally do a pretty good job of stopping any serious crime.”