Nick Offerman to perform on campus for Japan House 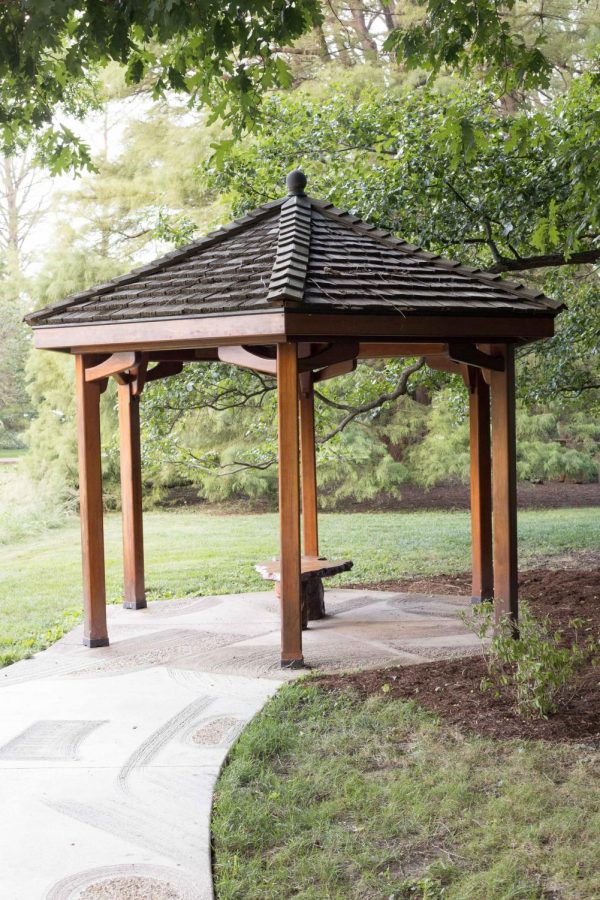 Japan House is located at 2000 S. Lincoln Ave. in Urbana.

Famous for his role as Ron Swanson on the NBC series “Parks and Recreation,” Nick Offerman will be sharing laughs with the students at the University to fundraise for Japan House.

Offerman’s relationship with Japan House began when Offerman was a student. He enrolled in a course offered by Shozo Sato, professor in FAA and founder of Japan House, where Offerman learned the arts of Kabuki, a Japanese-style performance.

Sato remembers putting together a Kabuki-style performance of the Greek mythology story of Achilles in which Offerman acted as a soldier with two other friends.

“Typical Nick Offerman sets the dialogue of theater,” Sato said. “You have a script and dialogue even in TV productions, but everybody becomes aware of his extraordinary talent to start putting contemporary senses into the dialogue to form a connection with the audience. That was his unique talent.”

Sato said his relationship with Offerman developed further when Offerman joined Illini Kabuki. Through Illini Kabuki, Offerman learned about not only Kabuki, but also the Japanese tea ceremony, Japanese flower arrangements and the way of Zen at the Japan House.

“After my Kabuki classes, or especially when rehearsal goes into the long hours, at the time when my students finish, they are hungry. Then they all come to my house, and then I could fix late-night suppers. Then we all eat and drink sake together and have a great fun,” Sato said.

Beyond the common relationship between an instructor and a student, Sato and his students treat one another as family, calling it Kabuki family, he said.

Sato appreciates his fellow Kabuki family member, Offerman, and his longtime support for the Japan House even after his graduation.

“He shows his faith to his teacher, and then he sees himself as a student that honors his relationships and, therefore, he (is) trying to support whatever I do in this University,” Sato said.

Sato said he believes Offerman was influenced by the Japanese way of treating others as you would treat your family.

Offerman will be performing two shows, one at Virginia Theatre on Dec. 3 and the other at Foellinger Auditorium on Dec. 4.

“To honor his teacher, he wanted to contribute to the building and development of the annex (expansion of Japan House) by donating the proceeds of two shows to Japan House,” said Jennifer Gunji-Ballsrud, director of Japan House, in an email.

She said there is no final goal for how much they want to raise through Offerman’s event, and they’re just simply honored he is doing this for Japan House.

“We are hoping that this event may introduce and re-introduce Japan House to the University and the community,” Gunji-Ballsrud said. “I strongly believe that it is necessary for all of us to take time to understand diverse cultures so that we can not only better appreciate our own, but expand our understanding of the world.”

Abby Nagy, sophomore in Media, wrote in an email she is a big fan of “Parks and Recreation” and will be attending Offerman’s show at the University.

She said she loved reading Offerman’s book, “Paddle Your Own Canoe,” in which Offerman talks about his life growing up in a small town and coming to the University.

“I think it is so inspiring to hear of Nick Offerman hosting this event to fundraise for the Japan House,” Nagy wrote. “I could tell from reading his book that Nick Offerman loved his college years, and it is wonderful to see him still so passionate about the University of Illinois even after he has become a famous actor.”