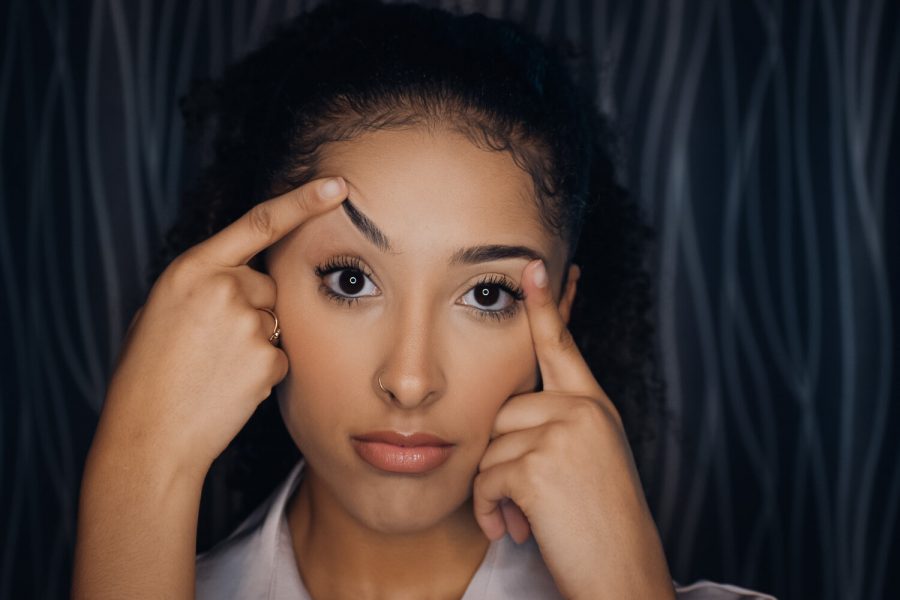 Senior in FAA Sophia Byrd poses for photo. Byrd was nominated for Grammy in the category for Best Chamber Music/Small Ensemble Performance.

Sophia Byrd, a senior in FAA, was driving home from the recording studio in the early afternoon on Sunday, March 14, trying to distract herself from something on her mind.

She had just finished recording the vocals for her upcoming solo album, but the album didn’t seem to weigh heavily on her mind. Instead, she was anticipating the Grammy Awards.

Rather than watching to see her favorite musician perform or win album of the year, Byrd was anticipating the announcement of a category she was nominated for — to see if she had won a Grammy.

Byrd was nominated in the category Best Chamber Music/Small Ensemble Performance, along with the rest of the Place Orchestra, for her work on “Place”- an oratorio composed by Ted Hearne. Sunday afternoon, right before the Grammys live stream began, Byrd hopped on a Zoom call with the rest of the team that worked on Place to watch the awards together.

“The very first time (the piece) was handed to me, I had about a week to learn it,” Byrd said. “My voice teacher that year was really really helpful. We sat and worked out all the rhythms for the piece because the things that Ted (Hearne) can come up with are just astounding. When we went back to do the studio recording, which is what’s nominated for the Grammy, I coached it with Micheal Tilly in the lyric theater department. We worked on that like every week for several months to get it the final product.”

According to Byrd, “Place” centers around the topic of gentrification, and explores the effects it can have on communities of color. Herne’s work often centers on heavy topics; his  2007 oratorio “Katrina Ballads” was written about the media’s response to Hurricane Katrina, and his 2014 oratorio “The Source” concerned Chelsea Manning’s disclosure of classified military information to WikiLeaks.

While the subject matter of “Place” was heavy, Byrd said the supportive environment between her and the other performers on the piece allowed for them to be vulnerable.

“I think with any other group of people, it would have been very challenging, because you have to be very vulnerable about something that affects me, and directly affects a lot of other people who were involved with the ensemble,” she said.

“But the cast felt like a family, a lot of us had sung together in the Chicago Children’s Choir so we knew each other and were able to support each other and really have honest and open conversations about it. Saul and Ted and Patricia McGregor, the director of the performance, also were very dedicated to making sure we were staying emotionally and mentally healthy throughout the whole thing,” Byrd said.

Despite not winning the award, Byrd recognized that being nominated for a Grammy while still in college was a huge accomplishment, and felt honored to be recognized for her work, along with her collaborators.

“I’m so thankful to even be nominated,” Byrd said. “I know everybody says that but being nominated next to these people that are on this project feels like a dream. I have major imposter syndrome, because they’re all so talented, so accomplished, and I’m 22 and in college. I’m grateful and humbled to have been nominated.”

The album Byrd was recording on the day of the Grammys will be her first solo album. Byrd said the album is a “jazzy, funk, R&B” album that centers around the concept of the meaning of time — more specifically, the lack of meaning of time.

More information about Byrd’s upcoming album will be released on her Instagram account, @sophiarosebyrd, this following week.