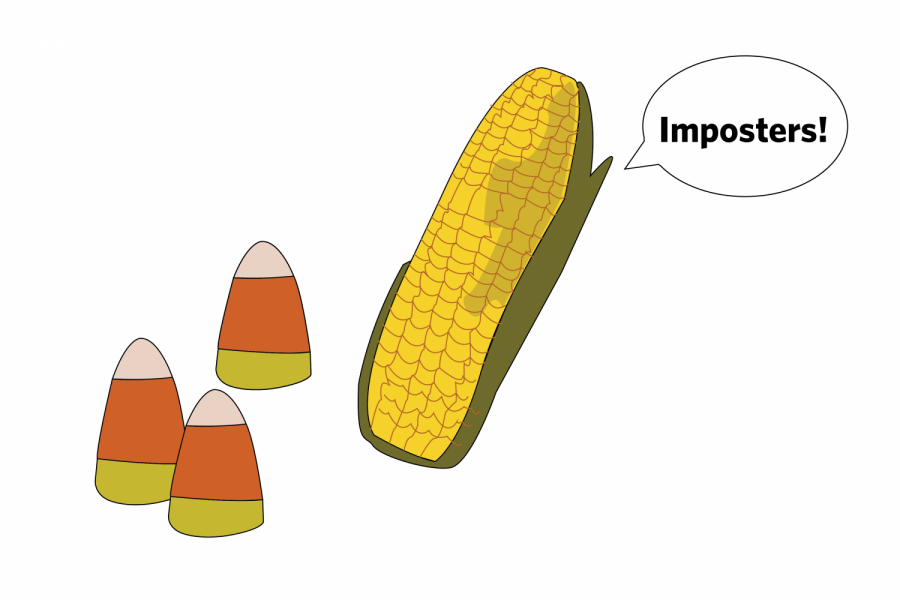 On campus, a not-so-small Facebook group called UIUC Memes for Underfunded Teens has made a public attempt at claiming corn as their identifying image.

With nearly 17,000 members in the group, neither expected a number that large, especially since it’s been around less than a year. Agarwal said he created the group last year during winter break.

“It took off pretty quickly after that,” Agarwal said. “We had about 2,000 people in February, but then it kept rising, and I started to lose track — I didn’t expect things to get as crazy.”

Cleetus also recalled the group’s emergence in the meme community and felt that the University deserved to have one for themselves as well.

The group’s quick rise in popularity left Agarwal with a sort of urgency to post a ton of content. He said to get the ball rolling, he posted nearly every two hours for the first couple of months.

Much of the Facebook group’s content tends to fit two general themes: corn or school. There’s some variation in between, but most memes exist on that spectrum.

With that being said, both Agarwal and Cleetus thought it would make sense to adopt the corn emoji as the group’s technical mascot, considering the University’s deep-rooted ties with corn.

“When we heard you could adopt certain emojis, we checked on the (Unicode Consortium’s) website to see what other kinds of emojis you could adopt,” Cleetus said. “We immediately thought UIUC should get the corn emoji because it’s such a big thing, especially with how big corn memes have gotten in the group.”

“We immediately thought UIUC should get the corn emoji because it’s such a big thing, especially with how big corn memes have gotten in the group.”

On the Unicode Consortium’s website, it explains the meaning, or significance, behind adopting an emoji, saying character sponsors are meant to help modern software and computing systems “support the widest range of human languages.”

The adoption of an emoji is permanent, and Cleetus said they felt it would be not only funny to adopt the corn emoji, but also be impactful for their group as a whole to be forever associated with that image.

Even major companies have taken advantage of the emoji adoption. For example, IBM adopted the cloud, Ford Motor Company adopted the car and MediaLab, Inc adopted the telescope.

Agarwal noticed that these major companies were actually adopting emojis or characters that were relevant to them, so when a friend suggested it would be cool for their group to have the corn emoji as theirs, it lit a spark in Agarwal’s mind.

When asked if Cleetus ever expected to raise any money, she laughed and simply said, “No.”

“There are different tiers that you can achieve with the adoption process,” Cleetus said. “There’s the bronze tier, the silver tier and the gold tier — initially we were aiming for the gold, but I was pretty sure that wouldn’t happen.”

Each tier has a different monetary goal to reach: Bronze costs $100, silver costs $1,000 and gold costs $5,000. Currently, UIUC Memes for Underfunded Teens has raised $660, which is more than halfway to the silver tier.

Cleetus said while they are halfway to silver tier, at this point, the group will just be donating the money to a good cause. She said they will put a poll in the Facebook group to determine where the money should go.

Andy Zhou, sophomore in Business, remembered receiving a message on Facebook from Cleetus asking him to join their team as a moderator. Cleetus had found Zhou through to his pre-existing meme group he started with a friend.

“One of the other (moderators) and I were running a smaller meme group called UIUC Memes for Edgy Chiefs, but we really weren’t that big — we only had a few hundred people in our group,” Zhou said. “It was Ananya who reached out and asked if I wanted to merge our two groups.”

As a moderator, Zhou essentially approves posts that make it into the Facebook group, as well as authorizes joining requests and occasionally dealing with post reports. Zhou joked that he slacks off a lot in class, so he finds himself checking the group a good amount.

He also said he comes across a lot of requests from bots, or fake accounts, to join their group. What’s interesting is a lot of the bots that have found themselves in the group are from Sri Lanka, Zhou said.

Zhou also said he checks requests from the group about every hour, with approximately two to three posts each time. After a while, Zhou said the posts can sometimes lose their comedic value from repeated exposure.

“I feel like having to approve posts all the time now has made things almost less funny for me,” Zhou said. “A lot of the times, I just think like, ‘Aw, it’s OK I guess,’ and pretty much will approve it. You know it’s actually kind of funny when the posts will get like 500-600 likes though.”

Agarwal has taught a seminar to high school students for the past two years on how computer science relates to memes. He enjoys being a part of such a huge meme community on campus and has made an effort to incorporate that into his major.

“I discuss what memes are, the history of memes, popular memes across time … then I do a whole section on how and why memes spread like wildfire across the Internet,” Agarwal said. “This has to do with epidemiology, which is basically how diseases spread — one person will have it, then a few people have it, then all of the sudden the whole population has it.”

“I discuss what memes are, the history of memes, popular memes across time … then I do a whole section on how and why memes spread like wildfire across the Internet.”

There are other technical aspects of this phenomenon that relate to the complicated system of computer science, which inspire Agarwal to continue on with his mission, along with Cleetus, to never stop expanding on UIUC Memes for Underfunded Teens.

To add a bit of controversy into the mix, Zhou takes a pride in the fact that he’s a bit of a black sheep when it comes to corn memes.

“I get a lot of crap from this, but I don’t like corn memes — I feel like we post too many of them,” Zhou said. “I feel like they’ve gotten less funny over time.”