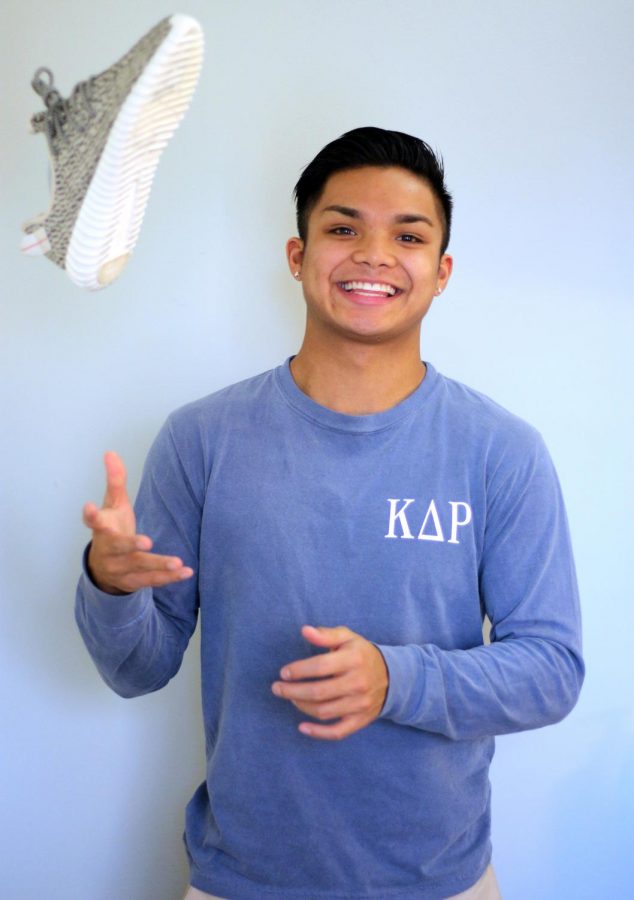 Starting a business has long been an integral part of the antiquated “American Dream.” For some students, this dream is coming true sooner than anticipated.

At the University, many students run their own businesses, ranging from apps to Facebook groups. Many manage these while also balancing the course load of a college student.

Jake Price is a senior in Business and a student entrepreneur. To Price, there is no better time to start a business than when you’re in college.

This is partly because Price said there’s really no risk involved.

Students who start a business give themselves the “opportunity to learn,” without making detrimental financial mistakes, Price said.

Musa Sulejmani, a former Business student at the University, said he decided he was done with higher education in spring 2016 so he could promote and expand his business full-time.

“I’ve always kind of been immersed in entrepreneurship; I grew up in an entrepreneurial family,” Sulejmani said.

Sulejmani calls himself a “self-starter.”

He created an app called “Volume” while he was a student at the University. He said the app’s premise is for users to know demographic information about the crowd at a bar, cafe, restaurant or other place of interest, before arriving.

The app even has a patented process for calculating wait times. Businesses at about 85 universities, both public and private, are using Volume so college students will know about the atmosphere at a location.

Sulejmani believes the University will do its Business students good by focusing less on competition and having more trust in them and their products.

Price created an app called “Cover’d” his freshman year after he and his friends realized they never had sufficient cash to pay the cover charge at bars.

Price said users of the app can see what bars are full, the price of cover at each bar and where their friends are.

Bar owners can use the app to see what crowd comes to their bar and how often.

“With Cover’d, (bar owners) can buzz our users’ phones and say, ‘Hey, free cover for the next hour,’ in order to drive more traffic towards the bar on a day when the bar is empty,” Price said.

Jeremy Gumila, sophomore in Business, had no intention of becoming an entrepreneur when he created a Facebook page as a 14-year-old high school freshman in Streamwood, Illinois.

Gumila’s passion for shoes was heavily influenced by his older brother and inspired him to create a Facebook  page. The page is called “KREAM” which stands for “Kicks Rule Everything Around Me.”

He created the page as a forum for him and his friends to buy and sell shoes to each other.

Currently, Gumila’s page has about 38,000 members.

Gumila had not made a profit off of the page throughout its four years of existence until this past fall when Chicagoland retailers asked for advertisement space.

Gumila was shocked when the offer came in.

“An actual store wanted (to advertise on) my page that I had started when I was 14 years old,” Gumila said

Having confidence in his page wasn’t always easy for Gumila. When the page was first created and early  in its existence, Gumila nearly deleted it because of ridicule from his peers.

“I didn’t think that (KREAM) would be anything bigger than people making fun of me about trying to sell my Jordans,” Gumila said. “I was just so embarrassed.”

The hardest part of being an undergraduate entrepreneur is trying to convince people that the product you’ve created is useful and legitimate “without any proven track record,” Price said.

Sulejmani agreed and said the greatest challenge he faced as a student entrepreneur was getting people to take him seriously. He said everyone looks at your business as a project.

While Sulejmani said time management was not an issue for him while running a business on campus, Gumila finds it hard to balance it all. He struggles to manage his time as social chair of his fraternity, member of a recreational volleyball team, full-time student and business owner.

But despite everything on his plate, Gumila continues to turn his passion into a career.

“Don’t be afraid to chase your dreams,” Gumila said, “because you never know where an idea can take you.”