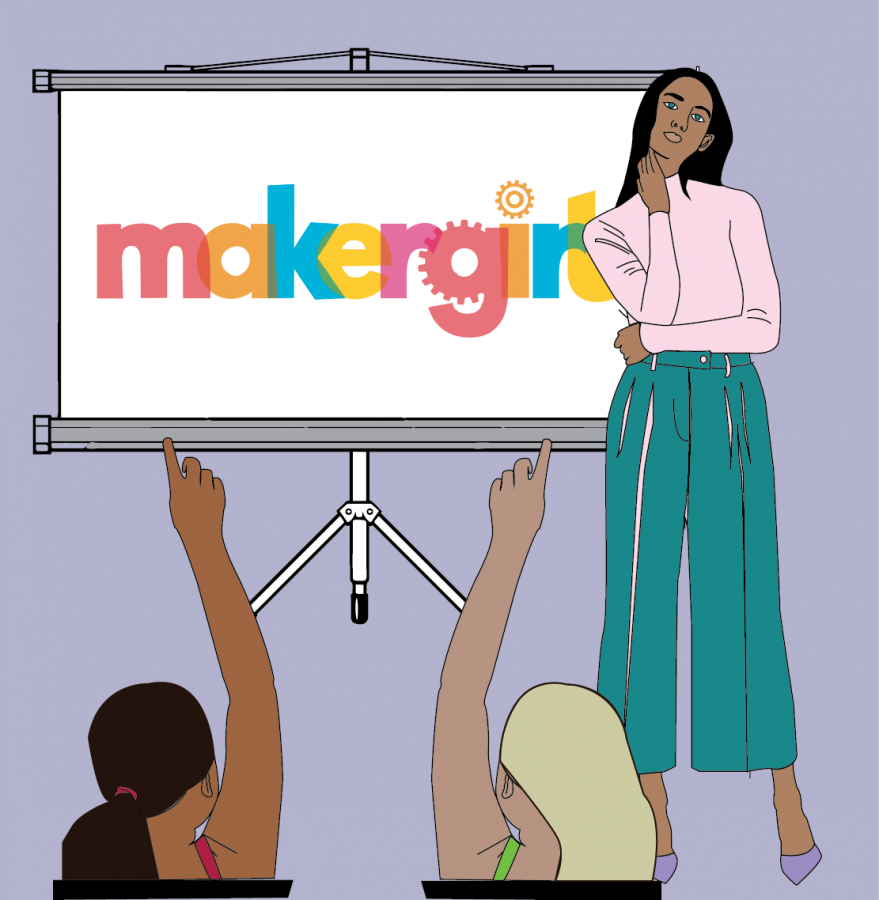 MakerGirl, a University-based nonprofit, is taking steps to educate 10,000 girls in the next five years.

MakerGirl was founded in 2014 by Elizabeth Engele and Julia Haried as a way to encourage interest in the science, technology, engineering and math (STEM) industries for young women. It accomplishes this by offering educational sessions to girls ages 7 – 10.

Hein, who previously worked with MakerGirl on campus, is now beginning her work running the nonprofit and encouraging its outreach to more girls.

Claire Follis, senior in Education, is the Chicago academies manager for MakerGirl and oversees the company’s current expansion to DePaul University.

“Stephanie is a great addition to MakerGirl, especially as a CEO, because of her focus to help us expand and reach more underserved girls,” Follis said. “The company as a whole is taking a big leap forward with her to help (meet) our goal of reaching 10,000 girls by 2023.”

Participation in a MakerGirl session is more than just an educational opportunity for the girls who sign up. MakerGirl can offer the confidence and inspiration in order to encourage more female participation in STEM.

Mary Hadley, senior in LAS and MakerGirl’s managing and curriculum director, said the girls who attend sessions leave with knowledge, confidence and an actual 3D-printed product they create themselves.

“It benefits young women to see university women either in STEM majors or knowing girls in STEM, and they look up to them as role models,” Hadley said. “Seeing that someone else can do it can make them aspire to go into STEM as well.”

As a way to further its reach, the nonprofit started #MakerGirlGoesMobile in 2016. The company took a road trip around the U.S. and taught 1,000 girls about 3D printing and STEM.

MakerGirl has also opened academies at other universities, such as Northwestern University and DePaul. The UIUC MakerGirl has become the headquarters for the company.

Rachel Berg, senior in Engineering, works as MakerGirl’s team relations manager. Berg said by hiring a full-time CEO for MakerGirl, she anticipates the company will be able to grow nationally because there will now be someone fully invested in MakerGirl rather than having a staff of solely University students.

“Stephanie will be key in helping establish academies in other locations, recruiting ChangeMakers to lead them and ensuring a smooth transition for all academies,” Berg wrote in an email.

Although the company mainly offers 3D printing sessions, Hadley said it is called MakerGirl so they don’t feel restricted to one category.

MakerGirl has also offered sessions from a partnership with MU Spacebot, where girls were taught how to code their robots to do various actions.

Berg said one of her favorite MakerGirl memories came from this session when a young girl was certain she wouldn’t be able to remember how to code her robot.

“When her mom came to pick her up, she was so excited to show her mom what she had learned. She was saying how she wanted to go straight home to keep working with her robot,” Berg wrote. “Helping this girl realize her potential is the reason I keep returning every year to MakerGirl.”

To reach their goal of educating 10,000 girls in the next five years, MakerGirl’s new CEO will be spending about 60 percent of her time in the Champaign headquarters and the other 40 percent traveling to different conferences and locations to spread the word about MakerGirl.

The nonprofit’s growth is able to attract more girls to participate in sessions and become “MakerGirls,” which is the name the company uses to describe the girls who will drive forward equality and diversity in education and future workplaces.

MakerGirl has become an important resource for educating girls in limited-access communities about STEM, where they otherwise may not have had the opportunity to learn about 3D printing, robotics or coding.

“MakerGirl helps bring that technology and opportunity to them. This small interaction helps the girls know that they are powerful and can follow their dreams no matter what those may be,” Follis said.