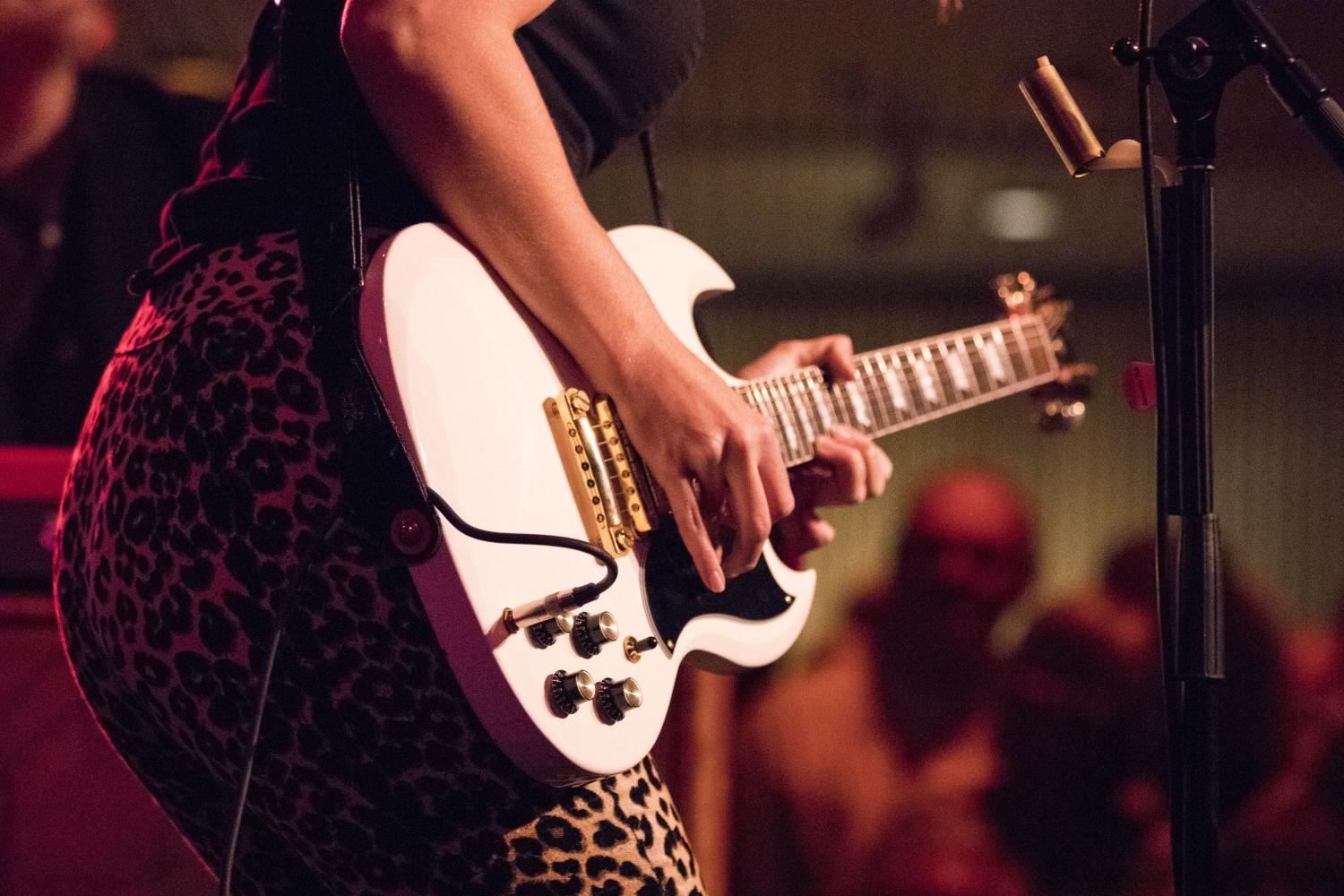 In 2005, the Krannert Center of Performing Arts became home to the Wall to Wall Guitar Festival, which would later be renamed the ELLNORA Guitar Festival. The change came after its successful first two years and is now an internationally-recognized event.

The event returned this year and will be held from September 5-7, following its traditional three-day structure. Since this will be the first ELLNORA Guitar festival since the Krannert Center’s recent 50-year anniversary, this year’s events carry a particular importance.

Bridget Lee-Calfas, the advertising and publicity director of ELLNORA, who also headed the Krannert 50th anniversary’s publicity and marketing front, said the 50th anniversary of Krannert was incredible and built from the ground up in terms of concept and execution.

With the ELLNORA guitar festival, however, they knew a lot more about what they were aiming for heading into the planning process. The guitar festival has come a long way since its original opening in 2005. It started with a basic framework and then built upon that following each year, adding something new but keeping its very core the same.

“It’s a very similar yet strangely unique process actually,” Calfas said. “We always start with the artistry and mission of the center and then think about how we can serve our audiences best each time. From that point, it’s all about the planning process, working through the schedule, determining budget and technical needs, and then coming up with ways to share information and invite our community to come join us.”

Calfas, who had the most fun organizing the opening night, said this year’s festival expands on Krannert’s commitment to presenting guitar-based artistry from around the globe. For this year, they’ve added a number of non-performance events including lectures, panel discussions. a guitar-making demonstration, live podcasts and even contemplative presentations by a spiritual leader followed by live music.

This is also the first time the ELLNORA Opening Night Party has been free and non-ticketed. With incredible teams in events, lighting, audio and house management, the Krannert Center’s team aims to host the 8th iteration of the festival successfully and as grand as ever.

Lavanya Srivastava, sophomore in LAS, has been playing the guitar for over 2 years and eagerly awaits the festivities. Having been raised by her father following some of the greatest guitarists ever including Jimmy Hendrix, Eric Clapton and Bruce Springsteen, she feels a far more intimate and deeper appreciation for guitar-based music.

“It’s not only because my dad raised with classic rock and roll playing on a Sunday afternoon while we did the dishes that I feel so connected and excited for this festival,” she said. “There are so many more new artists popping up every day with new and refreshing music like Ed Sheeran, Niall Horan, Prateek Kuhad and so many more that all in some way or other had a guitar as a part of their journey — and I absolutely love their music. If you look at it, it’s just a piece of wood with six strings on it — and I think that’s beautiful.”

ELLNORA hosts many Grammy Award winners, Billboard Top 100 artists and even Rock and Roll Hall of Fame members. However, it still manages to host and promote relatively small-time artists, too.

With around 25 performances currently scheduled for the event, almost half will be free with the intention to remove the ideology that high-end music performances cannot be for the masses, so everyone can truly enjoy the spirit of music.

Srivastava said it takes special skills from the artist and their performance to give people a reason to come together and forget their differences and problems. She emphasized the impact seeing a person live in concert can have, saying while having just a regular MP3 play from a speaker is one thing, having an actual person or band standing on a stage, gripping their guitar and inspiring emotion shared among their entire audience while having a unique meaning to every individual really is an extraordinary and unique experience.

“Music brings people together,” Srivastava said. “It’s really one of those few things that can be enjoyed by anyone.”