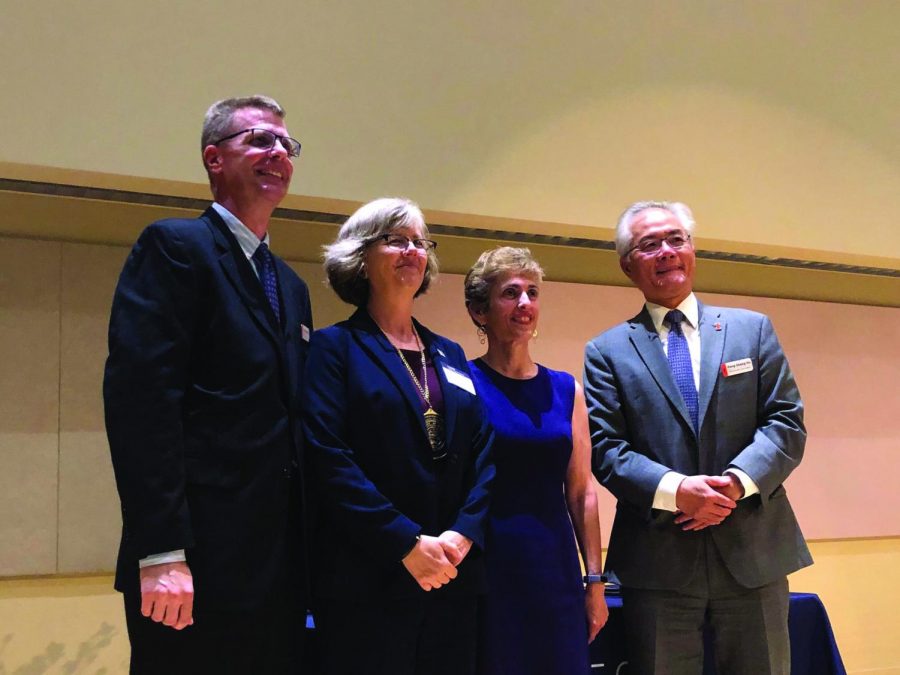 Kristin Hoganson, professor of History, has been named the Stanley S. Strout Professor of United States History. The position is named after Stanley Stroup, an Illinois alumnus who obtained his bachelor’s degree in history in 1966.

After earning a doctorate from Yale University and lecturing for five years at Harvard University, Kristin Hoganson has made Champaign-Urbana her home for the past 19 years. Since then, she has published several books about foreign relations, local history in global context and U.S. nation building.

Because of her accomplishments, Hoganson, professor in LAS, has been named the Stanley S. Stroup Professor of United States History. The endowed award is named after Stanley Stroup, an Illinois alumnus who received a bachelor’s degree in history from the University in 1966. When a professor is chosen to be an endowed chair, a ceremony called an investiture, an event that is among the oldest in the history of higher education, takes place.

Hoganson’s main research interests pertain to the history of the American empire during the 19th century and U.S. foreign relations history through World War I.

The distinguished professor has also written numerous books, the most recent being “The Heartland: An American History”, which takes the American heartland as the beginning point of geographic consciousness, alliance politics and tracking histories of border brokering.

“Although I have a number of intellectual debts to my colleagues across the profession, it is the history department at Illinois that has made me the historian I am today,” Hoganson said. “My colleagues at Illinois drew me into global history and post-colonial studies.”

Hoganson said her colleagues’ expertise in African American, Native American, Asian American and Latinx history has made her a better teacher and scholar.

Aside from books, Hoganson’s smaller publications appear in Diplomatic History, American Quarterly, Journal of Women’s History and Middle West Review. Among several others, her research and scholarship have also been recognized by the Ray Allen Billington Prize from the Western History Association, the Stuart L. Bernath Lecture Prize from the Society for Historians of American Foreign Relations and the Harmsworth Visiting Professorship at Oxford University.

“Over the course of the last several months I’ve come to know professor Hoganson and her work,” Stroup said. “I’m delighted professor Hoganson is the Stanley S. Stroup Professor in United States History, and I look forward to getting to know her better.”

Stroup said endowing a history professor is only partial payment of the debt of gratitude he owes to the University, especially the history department. He hopes he’s playing a small part and building on the great tradition of history, scholarship and teaching.

“This position is an investment in public higher education and evidence based reasoning and the value of a long-term perspective for the pressing issues of our own time.” Hoganson said.

Although her next book is still taking form, the topic will spur on her concerns about water security in the face of environmental change and unsustainable human practices.

With the funds from the endowment, Hoganson said she will provide graduate students with funds to cover research and conference travel and to hire several undergraduate students to develop their own research skills.

Although her own research and colleagues have gotten her this far in her career, teaching her students is what matters the most.

“I live for those ‘Eureka’ moments,” Hoganson said, “and am so grateful for the students who make them happen.”