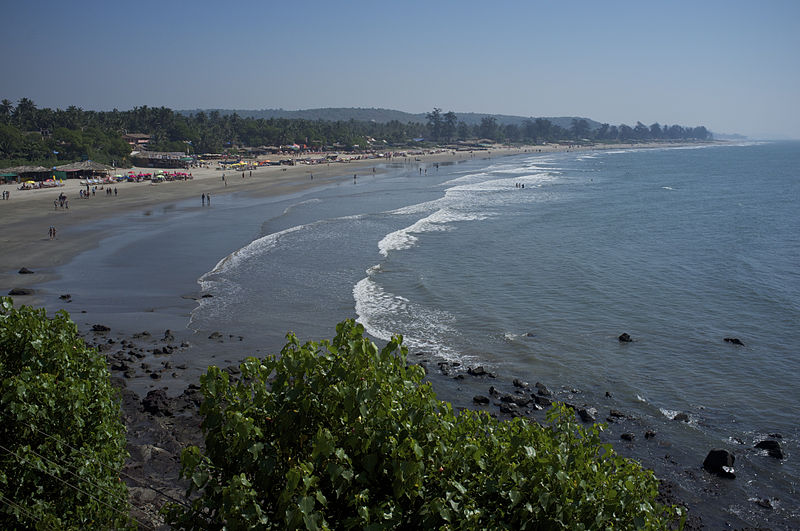 Beachgoers enjoy a day on Arambol beach in Goa, India. Jared Lobo, junior in LAS, is from Goa and has not been home since December 2019 due to the COVID-19 pandemic.

Now approaching a year since the University shifted to its COVID-secure format, many are still experiencing problems with residence, classes, post-graduation plans, internships and family. When the virus first started forcing schools to move to an entirely online setup in March 2020, the large confusion about the travel limitations prompted many students to remain in the states, either on campus or moving to stay with relatives.

Jared Lobo, junior in LAS, was one of the many international students who chose to stay. He said that the last time he visited home was in December 2019, for Christmas, and ever since then, his plans have been prone to change.

Normally, come winter break, Lobo, being a practicing Catholic, would fly back to Goa, India to spend Christmas and New Years’ with his family, leaving his brother working in the U.S. as his job provided him with limited leeway in terms of vacations.

With the onset of COVID-19, Lobo chose to remain in the states to limit prevent exposing his family to the virus. A benefit to this decision was getting to spend Christmas and New Years with his brother.

“I still traveled to North Carolina by plane, so although one of the factors of the decision I made not to return back home when everything with COVID went down was indeed to minimize my exposure to the virus, the fact that I went to Carolina to stay with my brother throws that argument out of the window,” he admitted.

However, Lobo said that at the same time, he had no other choice as he couldn’t stay where he had been initially subleasing. He highlighted the fact that his case was a strong point to be made when encouraging people to stay inside to help reduce the spread of infectivity. There were still people out there, like himself, who have no choice but to expose themselves via travel.

Lobo, who was staying in the dorms when COVID-19 hit, moved out to sublease with his friends. He also decided to drop his plans of being a Resident Adviser for his junior year, leaving him with no apartment or dorm to stay in after.

Staying in a friend’s apartment from March till the end of summer, Lobo was eventually forced to move out when in-person classes resumed in the Fall. Lobo said that he then subleased from someone else he knew, eventually traveling to stay with his brother over this winter break and returning once again this semester to yet another new place.

“I’ve had to move around from place to place quite a bit for the whole of the last year. I almost feel like a bit of a nomad, living with different groups of friends in different apartments at different points of the year,” he said.

Lobo said although the whole of the last year was a tiring and confusing time, he did have some fun over the summer break.

“While the campus is generally dead over summer, a lot of my friends were on campus because either their internships got canceled, moved to a completely online setting, or just didn’t go back,” he said. “So, it was nice to have friends, who I shared classes with as company over the summer.”

The virtual career fair, Lobo said, made it harder for international students as, while normally you could walk up to someone, have a conversation, make your elevator pitch, it’s a completely different experience now.

“The virtual career fair built in such a way that now it’s through a text box, and if you make it past that, then it’s a live video call with the interviewer which is definitely, in my opinion, harder to do,” Lobo said.