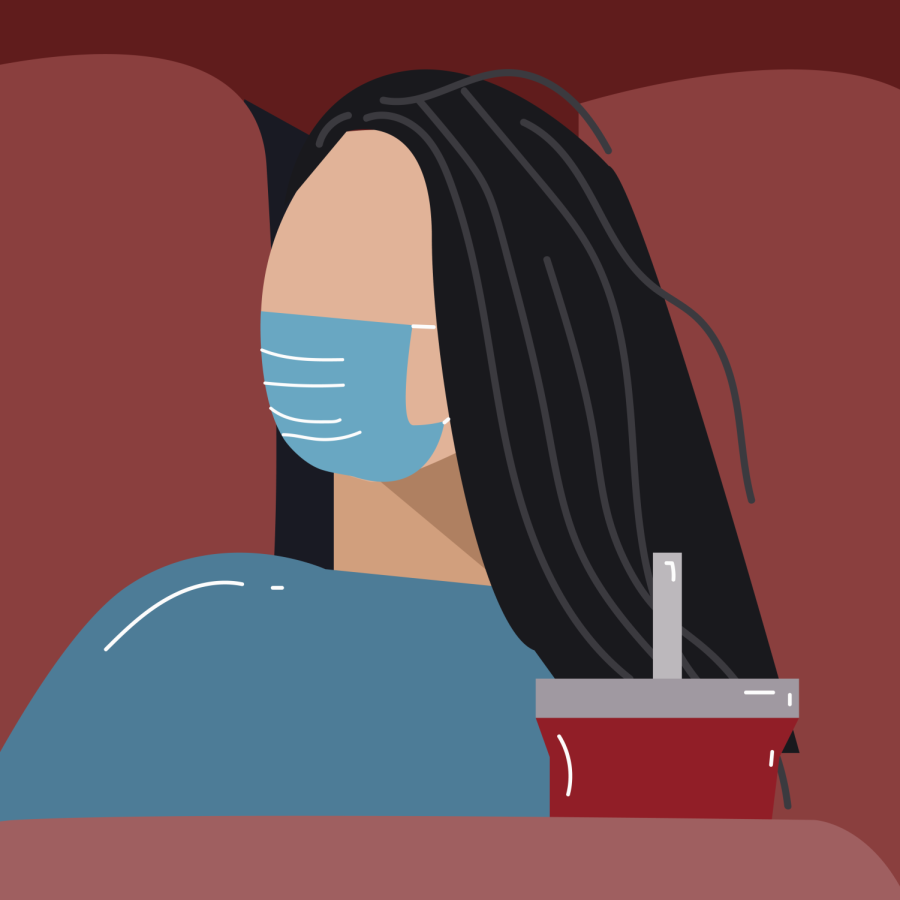 The sounds of people clapping at the ends of movies and munching on buttery popcorn haven’t been heard since movie theaters closed at the start of the pandemic.

A year later, people are eager to return to movie theaters.

Steve Hall, senior lecturer in media, has made his love of James Bond movies clear to his students. He described his excitement to see “No Time to Die,” the most recent installment of the James Bond series he has enjoyed since he was a child, at the movie theater.

“I want an immersive theater experience,” Hall said. “A big screen, sounds coming at me from 14 different directions. It’s an action film, so that’s why I can’t wait to be back in a theater.”

Hall’s passion for seeing movies in theaters is shared by many. However, many are scared of going to theaters during the pandemic and haven’t gone even though many have reopened. This has made it difficult to revitalize the box office, but workers remain enthusiastic.

“The experience was nice and nostalgic because we could finally watch movies together again with our friends,” Agatha said. “The rules were not annoying because I feel like I’m used to it already. For me, it feels weird if I don’t wear a mask now. Since we were able to eat popcorn and drink, I feel that the regulations were pretty lenient.”

In the Champaign area, several theater chains are seeing the return of audiences directly. Kyle Tamburrino, manager at the Savoy 16+ IMAX movie theater on the edge of Champaign, has noticed the influx of moviegoers in recent weeks. He said many of them are students.

“We’ve been seeing a big increase in student attendance,” Tamburrino said. “Particularly to the late night IMAX shows we’ve been having.”

With the surge in attendance, Tamburrino said IMAX has addressed fear of COVID-19 transmission by enforcing multiple layers of safety protocol, in accordance with state law.

“We are following the state mandate and requiring masks inside the building,” Tamburrino said. “We are enforcing that strictly. We’ve turned people away for not coming in with masks. We have implemented assigned seating in the theaters, so whether you purchase your tickets online or at the box office, it pulls up a seating chart, so customers can properly social distance.”

Tamburrino said he was still excited for upcoming features like Denis Villeneuve’s “Dune,” which he thinks will be a big hit, and Marvel’s “Eternals.”