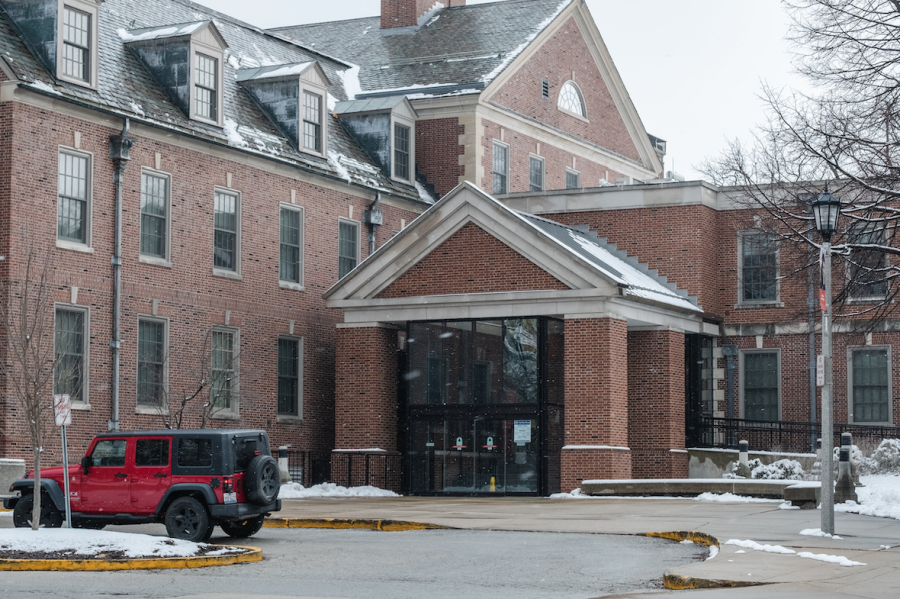 A flu-like sickness is making its way around campus as McKinley Health Center urges students to get their flu vaccines.

When Abby McGuire, freshman in LAS, started feeling sick after partying, she assumed it was just exhaustion. She tried pushing through, but it eventually got so bad that she had to return home. Then, things went from bad to worse.

“My cough got so bad that I actually tore cartilage around my ribs,” McGuire said. “It was really hard to walk.”

While her symptoms were atypically severe, McGuire is one of many students who have caught the so-called “Frat Flu.” With college life starting to return to pre-pandemic ways, the sickness, which causes flu-like symptoms such as coughing and sinus issues, has been spreading around campus, and in particular, among partygoers.

McGuire caught the sickness in early September. While the sickness lasted for just under two weeks, the damage around her ribs has not gone away.

“If I still cough or laugh, they hurt,” McGuire said. “But it’s just in the healing process. It could’ve actually broken my ribs just because of how severe the cough was.”

Vera Greenspan, freshman in ACES, had less severe symptoms, though they lasted much longer.

“I first had it for about two weeks. Then I had a break for a few days,” Greenspan said. “Then it came back again for another two weeks.”

While this outbreak might not have been that much of a deal in previous years, now, the fear of COVID-19 has caused additional worry.

“I got tested almost every three or four days because I was just so worried about it,” Greenspan said. “I kind of acted as if it was COVID.”

McGuire had similar worries as Greenspan, clarifying that one of the reasons she went home was because she didn’t want to infect her roommate.

“I got tested a total of three times while I was at home,” McGuire said. “But they were all negative.”

Despite being sick, Greenspan started attending classes again when she felt healthy enough. She said she took extra precautions to protect herself and others and that she felt comfortable because of her frequent COVID-19 tests.

“If it was just me and nobody else had it, I’d be like OK, I’ll stay home,” Greenspan said. “Some classes, I just couldn’t not make it.”

Despite the outbreak of sickness, parties continue to happen. With Halloween weekend coming up, many parties will be held. McGuire expressed her doubts about how much partygoers are concerned about sickness.

“I think that when it comes to the fraternity aspect of going out to parties, most of them are not (concerned),” McGuire said. “Which is kind of upsetting.”

Greenspan also had her doubts. She said she didn’t believe the party scene had changed much because of the outbreak of sickness.

“It did not, I’m just going to say that straight up,” Greenspan said. “People still do not wear masks, like at all.”

Even though the sickness has been spreading across the campus, there are measures students can take to stay healthy. Robert Parker, director of McKinley Health Center, gave advice on basic ways students can avoid getting sick.

Parker said McKinley has given out a fairly large amount of flu shots so far.

“We might be a bit ahead of where we’re normally at this time of year,” Parker said. “I recommend all students get the flu vaccine.”