Law student competes on MTV’s “Are You the One?” 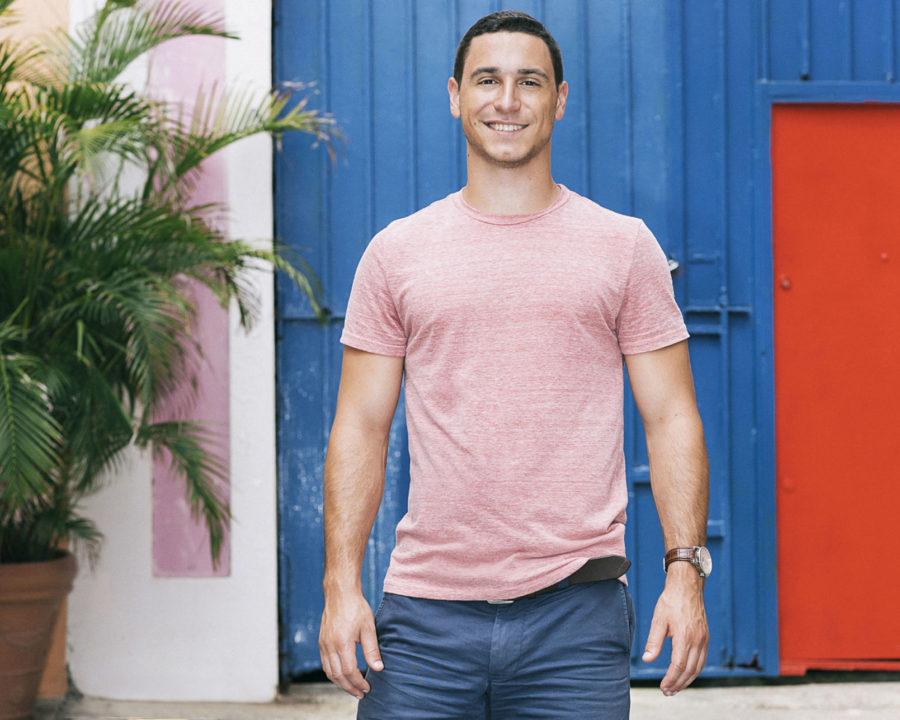 John Moustis thinks it’s tougher to date at the University than on MTV’s dating show, “Are You the One?”

On the show, Moustis can find a lady in a small dating pool. At the University, the dating pool is bigger, and he said he never knows what he is getting into. But he said he did realize that if he does something stupid in real life, it won’t be broadcast on national television.

Moustis is a law student at the University, and he’s also a contestant on season two of MTV’s “Are You the One?” premiering at 9 p.m. Monday night.

On the show, 10 women are matched with 10 men. The group of 20 people live together in a house in Puerto Rico to figure out who their match is. If each contestant can figure out their match, the entire group splits a prize of one million dollars.

In the second season, MTV added a twist. An eleventh woman was added to the house as a double match for one of the men.

In addition to finding their match, the contestants compete in survivor-style challenges of obstacles and puzzles. To prepare for the challenges, Moustis worked out a few times a week leading up to the show.

When he got to Puerto Rico, he said he realized the other guys were athletic, ranging from college and pro athletes to personal trainers. Still, Moustis said he was happy to be in shape.

In addition to survivor-like challenges, “Are You the One?” has similarities to MTV’s “The Real World.” There was no phone, TV or Internet use allowed for the whole 32 days of filming, Moustis said.

Getting used to having a camera on him all the time was harder than he expected, Moustis said. Therefore, he tried to dress nicer, but said he was more shy than usual. Moustis said knowing he had an audience made it more nerve wracking to flirt with girls.

“You’re aware that there’s a camera and you know anything you do is going to be on TV, so there’s always a voice in the back of your head saying like, ‘Why are you doing this?’ or ‘You shouldn’t have done that,’” he said.

Being on camera was a new experience, but Moustis was familiar with the show.

He got hooked on the first season with a couple of friends and University graduates, Sam Shiner and Brian Harris. It was during the first season, Moustis said they saw an advertisement for a casting call for the second season.

“John’s a pretty good looking guy who had a lot of interesting experiences in his various relationships, and based on the themes of the show, the consensus in our apartment was that John would make an intriguing cast member,” Shiner said.

Moustis and his friends wrote a quick bio, sent a few pictures and submitted his application. The next day, he got a call from MTV.

Now that filming is over and the premiere is on Monday, Moustis is back on campus. He’s continuing his studies as a law student, and he’s a graduate adviser at Delta Tau Delta.

“They don’t ask me for dating advice, but they like to ask me every time they see me talking to a girl if she’s the ‘one,’?” Moustis said of the fraternity members. “They think they’re pretty hilarious.”

As he’s waited for the show to premiere and has resisted leaking spoilers, his friends and family have joked about the show. Moustis said he gets a lot of questions about the hand scanners, where couples have to lock in each episode as they figure out their match.

“There hasn’t been a post on my Facebook wall in the past five weeks that didn’t have to do with the show,” he said.

Since he’s been back on campus, Moustis has said he has a few new methods to use with ladies. Moustis is in a band called The Bread Machine, based in Chicago, but he plays shows in Champaign.

“Being able to play guitar and sing is definitely something girls appreciate,” Moustis said. “Unfortunately, I didn’t get a guitar while in the house. It messes with their sound, so I couldn’t put my skills to use.”

MTV also asked the cast what their favorite pickup lines were. Moustis said he typically strikes up a conversation with a girl at a bar to be flirty, but by the end of the night he asks, “Hey, do you want to make out?”

Moustis says the line doesn’t work well for him; there’s no lucky bar on campus where it does work.

Moustis can’t say whether he found love on the show or even after the show with his pick-up line, but he said he definitely thinks the show was a learning experience.

“I would just say that at times I can be a pretty calculated person, which comes in handy in law school, and I brought that with me on the show,” he said. “I try not to let my emotions get in the way of my thinking too much, but when you’re in this game and your task is to date 11 girls and figure out which one is the best for you, that doesn’t really come in handy.”

Moustis plans on watching the premiere with his friends at State Restaurant & Cafe in Chicago.

“At the end of the day though, while we all helped, John sells himself,” Shiner said. “He’s going to be great on the show.”