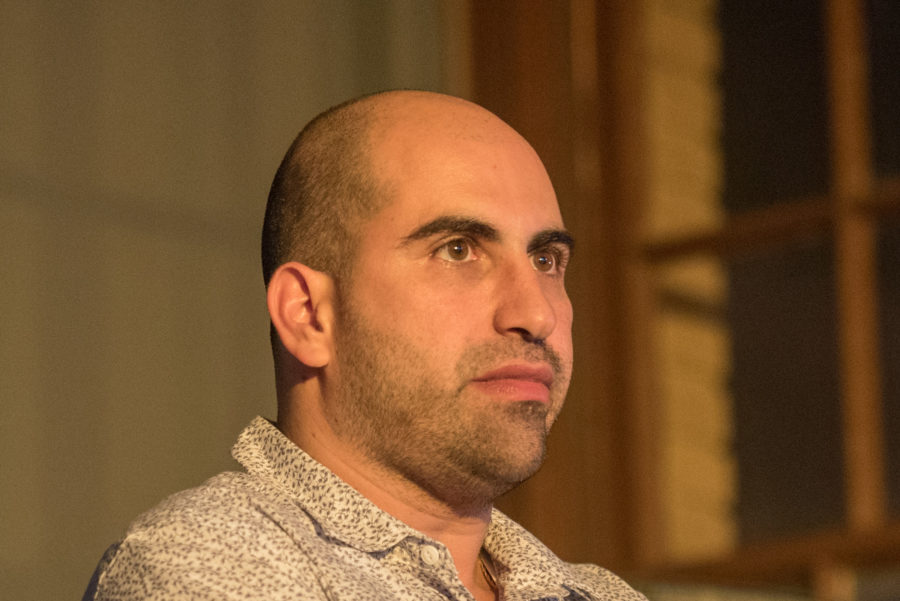 Steven Salaita discusses his new book "Uncivil Rites: Palestine and the Limits of Academic Freedom" at Independent Media Center in Urbana on Tuesday.

The Board of Trustees is expected to vote on a possible settlement with Steven Salaita at the board’s meeting in Chicago on Thursday.

The vote to authorize a settlement was listed as part of the roll call agenda for the board’s Nov. 12 meeting, which was released Monday.

According to the agenda, the settlement has been previously reviewed by the board’s committee on Audit, Budget, Finance and Facilities as well as the University Healthcare System.

At the Senate Executive meeting Monday, Interim Chancellor Barbara Wilson said the settlement would be discussed Thursday but said she could not say more. Tom Hardy, University spokesman, said there is “not much to say” but the item will be finalized before the meeting Thursday.

The University has been involved in a lawsuit with Salaita since Jan. 29, when Salaita filed suit in the Northern District of Illinois, alleging the University violated his right to academic freedom and caused intentional emotional distress.

Since the decision, Salaita has filed a federal and civil suit against the University, all of which are currently in litigation.

He is currently serving as the American Studies chair at the University of Beirut and published a book, Uncivil Rites: Palestine and the Limits of Academic Freedom, in October.