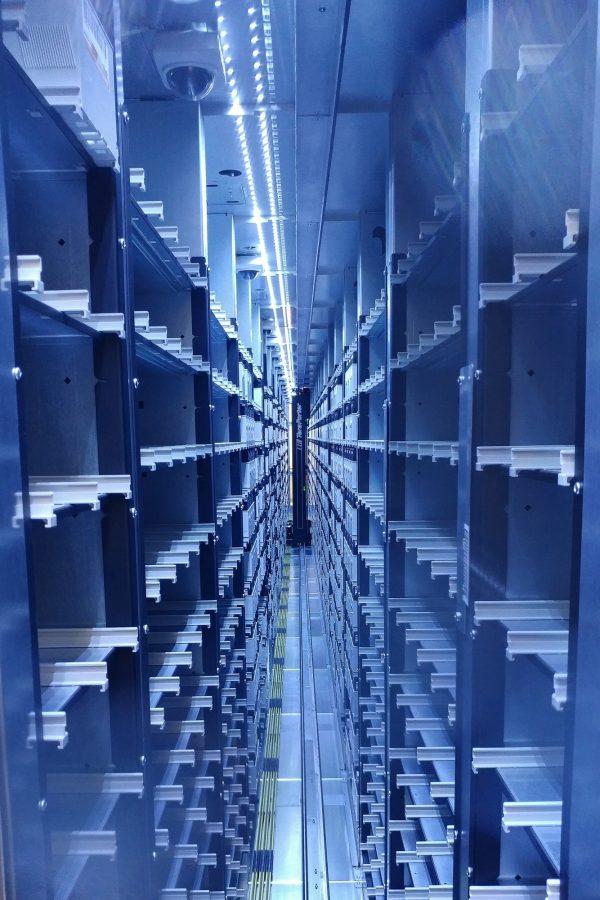 The interior of one the Blue Waters super computers on July 12.

The Blue Waters supercomputer, housed at the National Center for Supercomputing Applications on campus, is playing an instrumental role in a White House project aimed at mapping out the Arctic.

High-resolution topographic maps of Alaska that were released last week were created by Blue Waters. They are the first high-resolution, high-quality images of the region.

Collaborators from Ohio State and Cornell universities are working with Paul Morin, head of the University of Minnesota’s Polar Geospatial Center, on his ArcticDEM project, using Blue Waters to create digital elevation models of the region.

These DEM’s are computer-generated 3D topographic maps that show the height of objects on the surface of the earth.

The DEMs produced by Blue Waters have a higher resolution and are more accurate in gaging height than current elevation models. These will allow new research to be conducted, such as helping researchers track ice loss better.

“We can’t live without Blue Waters now,” Morin said in a press release. “The supercomputer itself, the tools the Blue Waters team at NCSA developed, the techniques they’ve come up with in using this hardware. Blue Waters is changing the way digital terrain is made and that is changing how science is done in the Arctic.”

The ArcticDEM project was started after an executive order issued in January 2015 called for enhanced coordination of national efforts in the Arctic.

It includes all of Alaska, Greenland, most of Canada and the Russian Kamchatka Peninsula, spanning an area about twice as large as the continental United States.

DEMs provide time-stamped observations of ice extent and ice surface height, which can be examined within the context of changing environmental factors.

New data from this project could potentially provide communities with information that will help them address issues such as rising sea levels and permafrost impacts.