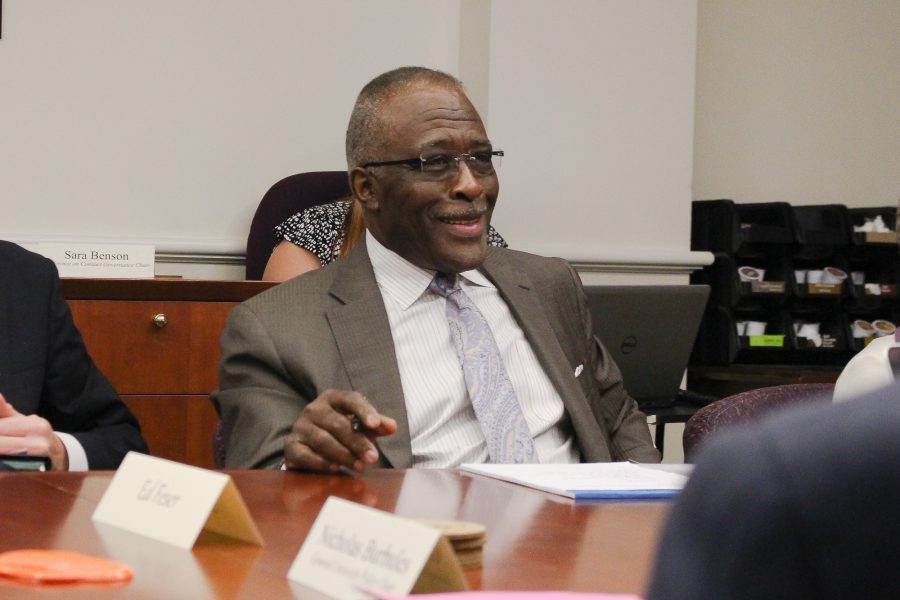 Chancellor Robert Jones said there is work to be done at the University in regards to claims of discrimination in the Facilities & Services department.

The University conducted an investigation regarding the work environment within the Facilities & Services sect due to claims of discrimination among employees.

According to the report presented by Eric Smith, assistant vice president for equal opportunity and human resources, “A number of employees asserted the existence of a hostile or discriminatory work environment.”

The research, which identified two employees who experienced illegal discrimination or harassment, found that the allegations applied to a broader group of employees.

“It was important to look into these allegations in a sensitive, thorough and professional manner, and that’s exactly what took place over hundreds of hours of interviews,” said Chancellor Robert Jones in a statement.

Jones said that the University may choose to take solace in the few number of complaints that pointed to what appears to be discriminatory behavior, but the fact that a number of other employees expressed concerns about the workplace, he said, tells us that the University has a considerable amount of work to do in order to live up to our standards.

According to the report, 504 employees, which represented each division and 46.6 percent of the work force in Facilities & Services , participated in interviews that took place from Jan. 6, 2016 through Sept. 29, 2016.

Smith found that though more minority employees expressed issues regarding discrimination and harassment, evidently non-minority employees believed that they were being negatively affected by some of the employment decisions in Facilities & Services.

For instance, non-minorities expressed concerns with the civil service intern program, as well as the lack of discipline for subpar work in the work force.

Employees also complained about the way issues are handled and how they often depend on who is the immediate supervisor.

“One supervisor will respond to the same issue differently than another. There is no consistency in interpretation of policy or the application thereof,” the report said.

Robin Kaler, University spokesperson, and Eric Smith were both contacted several times regarding the investigation, but did not provide a comment.