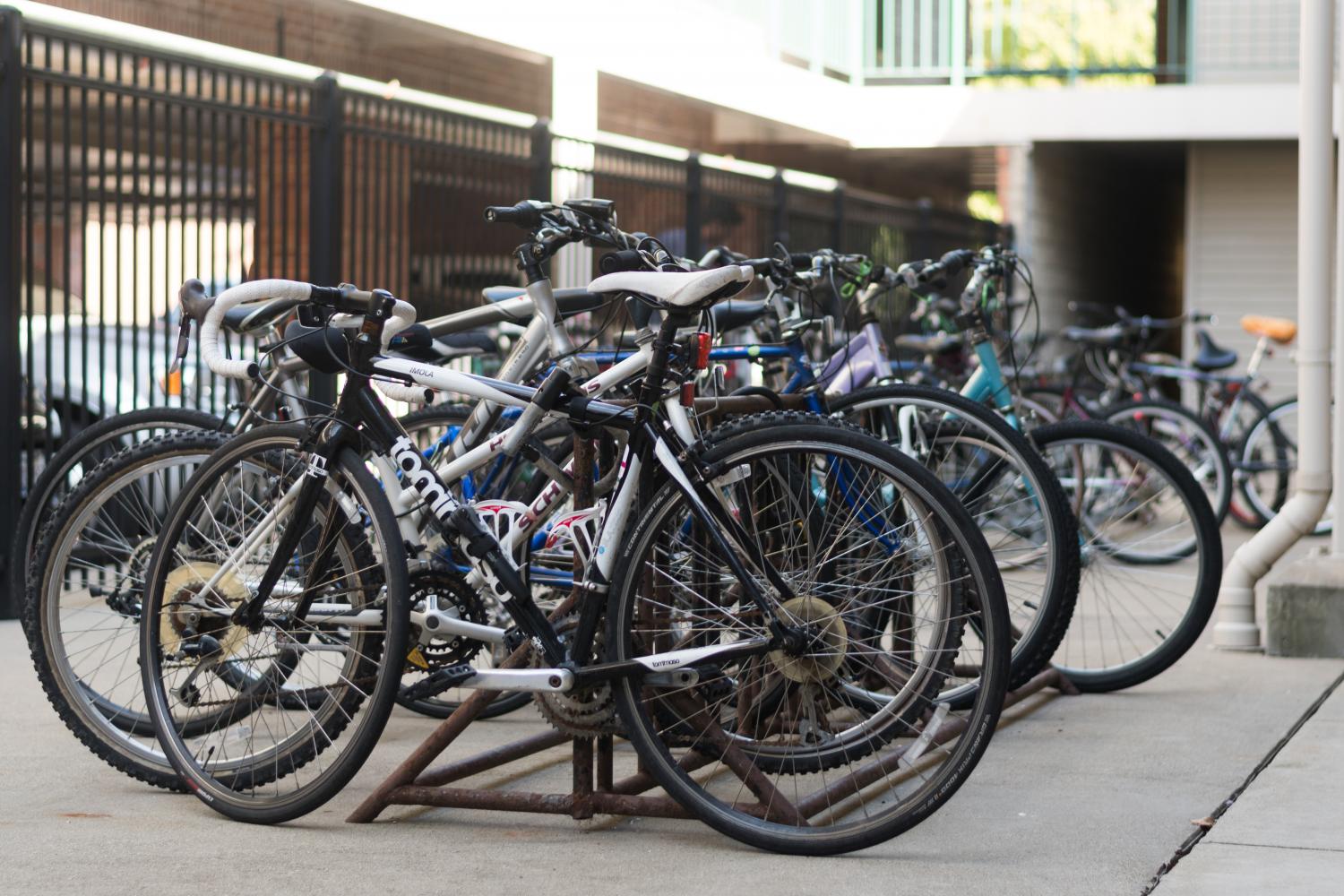 Attempting to combat an upsurge in bicycle thefts reported on campus, the University of Illinois Police Department has employed “decoy bicycles” to track down thefts.

Anti-theft bicycles are decoy bicycles that use a combination of electronic data, such as GPS and video footage to track down thieves.

“We have made four arrests since we started doing that, and we are going to continue to use those anti-theft bikes indefinitely,” said Patrick Wade, UIPD spokesman.

Sixteen bicycle thefts have been reported from Aug. 15 to Sept. 15, said Wade.

Property theft — which includes bicycle theft — is the most common crime on college campuses everywhere, said Wade, and campus is no exception to that.

“(Thieves) will go through bike racks and look for the bikes they’d be able to steal,” Wade said. “That’s why it’s important that people use a good U-lock to lock their bikes.”

Wade said bicycle theft is a very underreported crime and that it is unfortunately common and not something the police can solve alone, so they ask people to take the necessary steps to ensure their bicycle is protected.

Students can register their bicycles with the University so if it’s ever lost or stolen, and turns up somewhere, police will have an easier time returning that bike.

“With the cable locks that a lot of people use, those break really easily and thieves know that, so they just go and rip the bike off the rack,” Wade said.

Wade suggests using a U-lock to properly protect one’s bicycle. He said it is especially important to lock it through the tire and the frame of the bike.

Frank Xin, senior in FAA, disagrees with using a U-lock to protect his bicycle and instead uses a chain lock.

“The U-lock only locks your tire or the frame, so it doesn’t completely protect your bike,” he said.

Xin said he not only knows people who have been victims of bicycle theft, but he has also been victimized himself.

“My friend has had his bicycle stolen three times, and he’s tried to tell the police, but he has not heard back from them,” Xin said. “I’ve had my seat stolen before, too.”

Michael Nelappana, freshman in DGS, said owning a bicycle makes him more paranoid because he uses his bicycle every day, and having it stolen would be an inconvenience, especially because of how expensive it is.

Wade said that when it comes to bicycle thieves, UIPD has seen and arrested a range of different kinds of people — from any age or campus affiliation.

“In some cases, they are looking to take the bikes and sell them on Craigslist or Ebay and get money, and in other cases, they’re just doing it for fun because they think it’s fun to steal a bike,” Wade said.