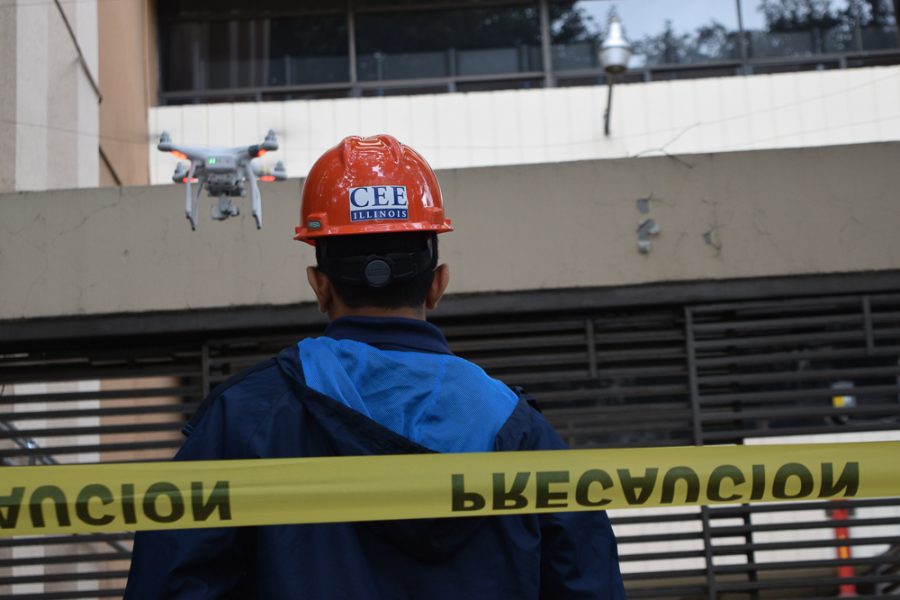 Just 10 days after the earthquake, Hoskere and Neal arrived ready to volunteer with the College of Civil Engineers in Mexico City alongside 400 other volunteers, a majority of who came from the National Autonomous University of Mexico (UNAM), the biggest university in Mexico. 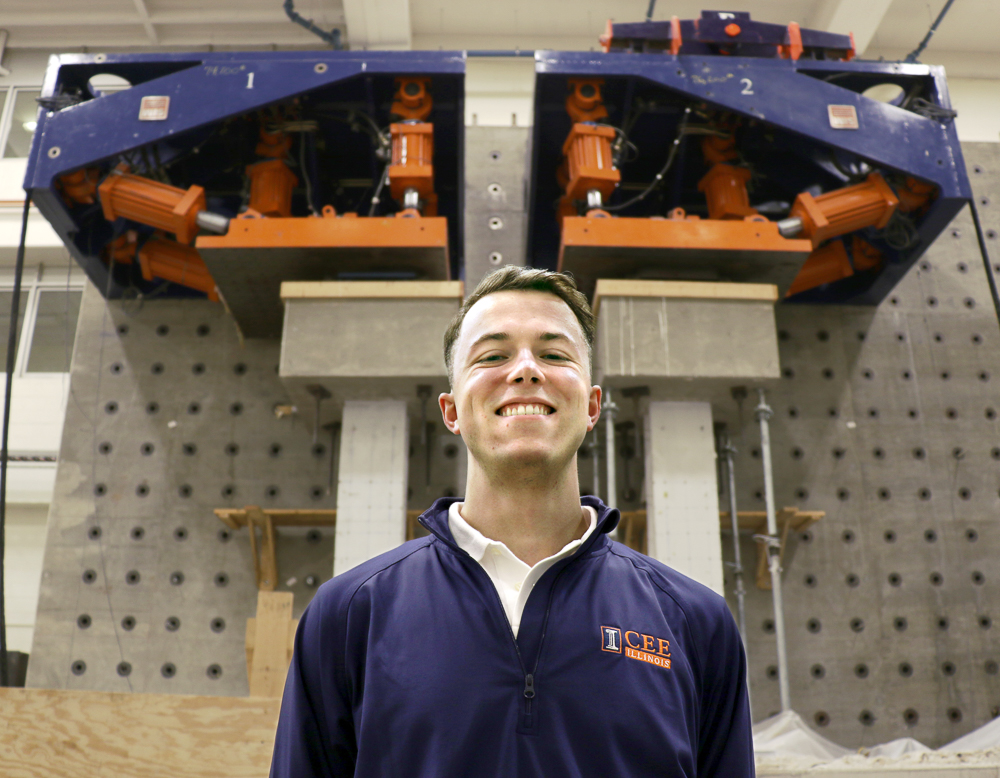 Their volunteering included inspecting buildings throughout the city to determine their state of damage.

The College of Engineering in Mexico City “were organizing the effort to carry out the inspections, and the volunteers were divided into 45 zones throughout the city,” Hoskere said.

Together, Hoskere and Neal used one drone to do rapid-post earthquake inspections, using a field manual similar to the Applied Technology Council’s.

“(The) rapid visual inspection determines what percentage of the building is damaged, whether it is safe to be used, unsafe or needs further inspection,” Hoskere said.

A rapid post earthquake inspection takes about 20 to 30 minutes to do and is done right after a disaster happens, said Neal.

The types of buildings the team inspected varied from residential, commercial, hospitals and hotels.

“My research is focused on methods to speed up and improve the process of infrastructure inspection using robots and artificial intelligence,” Hoskere said. “At the University of Illinois, we have been developing machine learning and computer vision algorithms to be able to detect defects in infrastructure automatically.”

One of the team’s aims was to get real life experience in a disaster environment.

“One of the main goals of our trip to Mexico City, was to be able to gather data, test the algorithms we’ve developed and to experience what it’s like first hand in a post-disaster scenario to be able to understand what the problems are and try to solve them,” said Hoskere.

“Ten days is a long time if you can’t enter your home, which is one of our motivations in doing this,” Hoskere said.

There were “displaced people in streets” and “shacks,” but “they are resilient,” said Neal.

Manuel Ruiz-Sandoval, visiting professor and University alumnus, said the Mexican government is giving money to pay rent with loans up to $100,000 USD.

“In general, we tried to stick to our plan because there was no time. If we could’ve stayed longer we would’ve inspected a lot more buildings and had more time to help all these people,” said Hoskere.

Hosekere and Neal were able to travel to Mexico City with the help of the Will K. Brown endowment from the Department of Civil and Environmental Engineering.

“(Our goal was to) assist with evaluation efforts, advance research, and particularly the engineering side of research, to develop a good system to create something greater than ourselves,” said Neal.