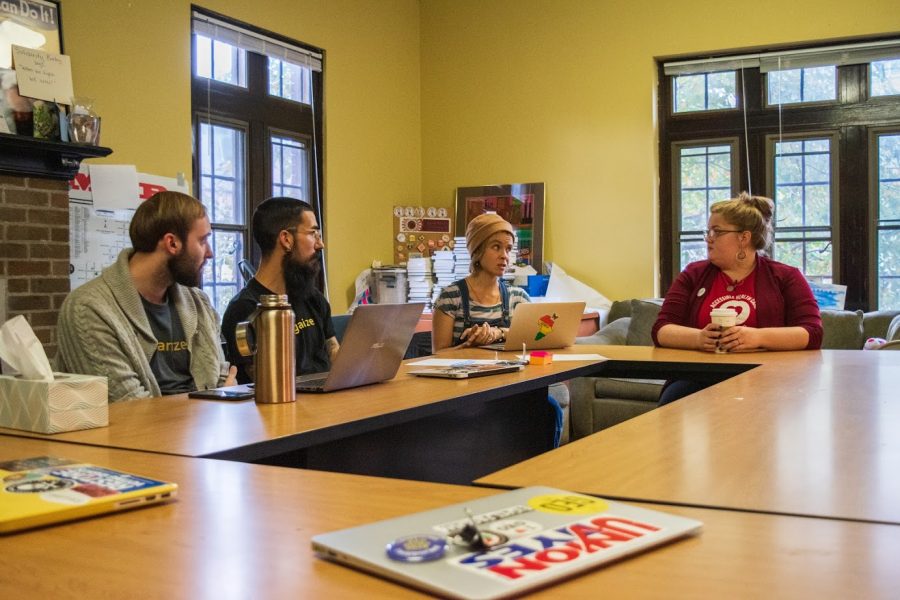 Members of Graduate Employees’ Organization (GEO) speak about their attempts to maintain equality among graduate employees on Monday.

The Graduate Employees’ Organization has filed an Unfair Labor Practice document against the University after several attempts to have overpaid dues returned.

This comes after the GEO voted to raise its monthly dues fee from $3 to $8 in April. The GEO informed the University’s Human Resources department of the change as they are responsible for taking out the dues from GEO members’ paychecks but has since faced issues.

GEO members have either been overcharged or never received monthly reimbursements from the University, according to a press release sent on Monday.

The GEO filed its first ULP against the University in August. The University responded by promising to correct the issues, but problems continued to persist.

According to the United States Federal Labor Relations Authority, a ULP is conducted when a union feels its right to organize, bargain collectively and participate in labor organizations of their choosing is violated.

The GEO met with University human resources personnel Oct. 16. The University said there’s a plan to reimburse the members that were overcharged for their dues; however, the GEO is unsure to trust the University, citing the issues it had throughout the semester.

The GEO has since filed another ULP and will not retract it unless all of its members are reimbursed.