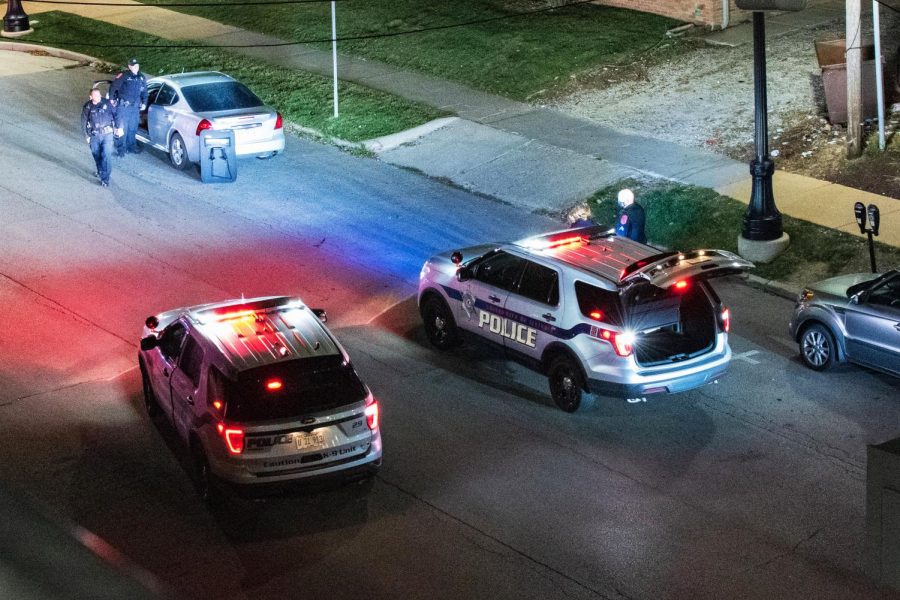 Deceptive practices were reported by a student at the University on Sept. 14. According to the report, the student received a phone call from someone pretending to be a member of the U.S. Marshals Service, who claimed the student’s social security number was compromised and there was a warrant out for her arrest. The caller then instructed the student to send $2,900 in Bitcoin to an unknown account to resolve the issue. The student then contacted police after the caller demanded more money.
Two offenders were issued a notice to appear in court for theft from government property near Race Street and Curtis Road around 4:45 p.m. on Sept. 23. According to the report, a witness contacted police after she saw the two female offenders load a vehicle with pumpkins stolen from a University research field. The estimated value of the stolen pumpkins is $175.
An arrest was made on the charges of aggravated kidnapping and forcible detention in the 1800 block of North Cunningham Avenue around 6:40 p.m. on Nov. 2. According to the report, police became aware of a plot to exchange custody of a kidnapping victim for cash at a gas station.The suspect arrived at the gas station in a van full of people, including the kidnapping victim. The police determined the other people in the van were kidnapping victims as well. No one was injured and the investigation remains ongoing.
Theft of $500 and under was reported on the 1700 block of Melrose Village Circle around 9:18 a.m. on Jan. 14. According to the report, the offender stole the victim’s dog and resold it.
An arrest was made on the charges of possession of a firearm by a felon, intent to deliver between 500 to 2,000 grams of cannabis, and possession of a controlled substance on the 3700 block of Colleen Drive around 10:57 a.m. on March 8. According to the report, members of the Champaign County Street Crimes Task Force obtained a search warrant for the offender’s apartment after they learned he was expecting a delivery containing cannabis through a package delivery service. After confirming the offender had accepted the package, police searched his home.