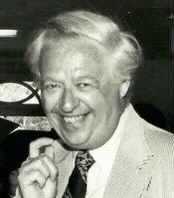 Photo Courtesy of The State Journal-Register

On Sunday, in the Carle hospital Thomas B. Littlewood passed away at 92 years old. Professor Littlewood taught journalism for almost 20 years.

Thomas B. Littlewood, a veteran Chicago newspaper reporter and professor emeritus of journalism at the University, died Sunday morning at Carle Foundation Hospital in Urbana. He was 92 years old.

Born on Nov. 30, 1928 in Flint, Michigan, Littlewood’s career spanned from a political journalist, author and journalism professor at the University, where he was also the journalism department head from 1977 to 1987. He completed his master’s degree at Northwestern University.

Littlewood was present at the 1968 assassination of Senator and Presidential candidate Robert F. Kennedy in Los Angeles.

Littlewood followed Kennedy throughout his presidential campaign in California. He was waiting with other reporters for a press briefing about Kennedy’s victory in two state primaries at the Ambassador Hotel. According to an FBI report documenting his observations, he heard the shots that killed Kennedy and witnessed the shooter in the aftermath of the shooting.

During his lifetime, Littlewood published several biographies and books. His most recent publication was a 2007 biography of Henry Horner, an Illinois governor during the Great Depression. Additionally, Littlewood wrote the biographies of Richard Nixon and George McGovern for the 1973 edition of Encyclopedia Britannica. Other published works include a history of horserace journalism and a history of the American Legion in Illinois.

Littlewood married Barbara Badger, one of his high school classmates, in 1951. The couple frequently moved around the country to follow Littlewood’s career, eventually settling in Urbana. Badger died in 2012.

Funeral arrangements for Littlewood were incomplete at Renner-Wikoff Chapel and Crematory in Urbana.