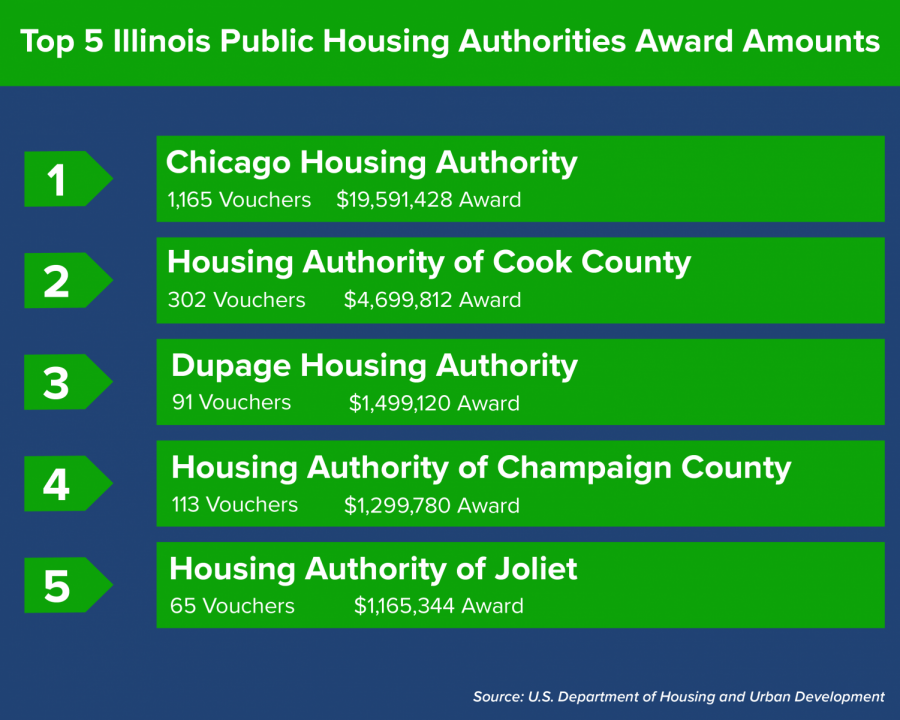 The Housing Authority of Champaign County has received 113 vouchers and been awarded $1,299,780.

As per a press release from the Department of Housing and Urban Development, Secretary Marcia L. Fudge addressed the nation’s homelessness crisis as a top priority, given the current situation with the ongoing pandemic. Fudge credited the American Rescue Plan for the progress made toward ending homelessness.

On June 10, HUD announced giving out the first tranche of housing vouchers, awarding a total of $33.4 million across Illinois. On the national front, HUD is awarding $1.1 billion – 70,000 vouchers – for 626 public housing authorities administering the Housing Choice Voucher Program.

“The $1.1 billion in (Emergency Housing Vouchers) will cover the cost of vouchers and related administrative costs, including up-front costs needed to stand up the program, for an initial 18-month period,” said Marta Juaniza, U.S. Department of Housing and Urban Development, regarding the allocation of the funds.

The allocation of funds was decided as per the Emergency Housing Vouchers Allocation Formula. The allocation formula is designed to direct emergency vouchers to the Public Housing Agencies operating, while taking into account various factors such as comparative homeless and at-risk of homelessness need, the existing Public Housing Agency capacity and other such regional factors.

“Thereafter, HUD will provide annual funding to cover the cost of renewals in 12-month increments through Sept. 30, 2030 or until the $5 billion ARP allocation runs out, whichever comes first,” Juaniza said.