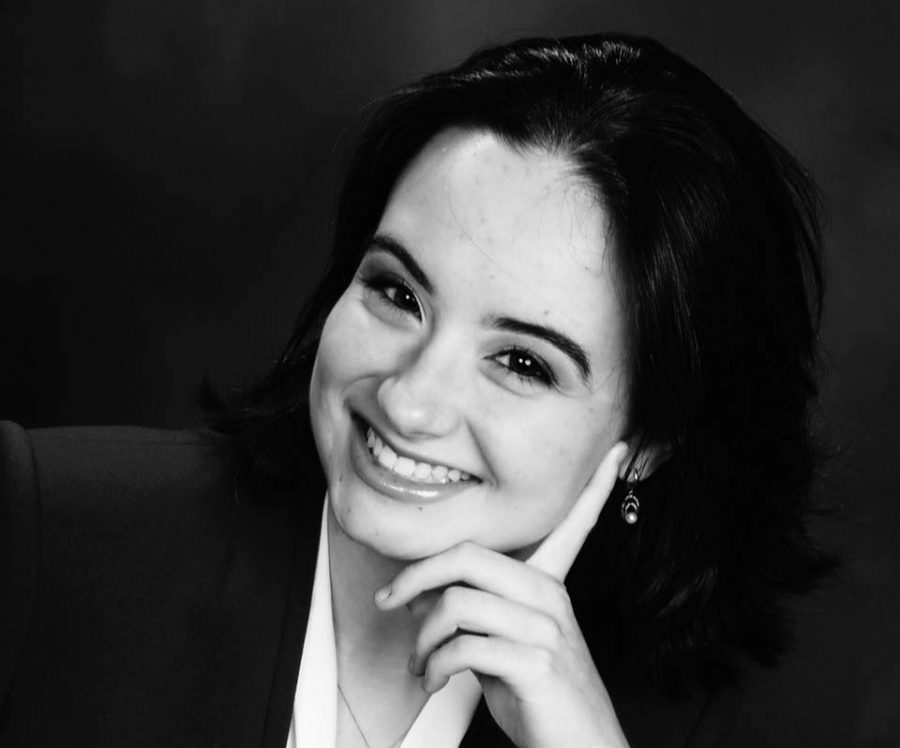 Junior Tyeese Braslavsky is a student in LAS that works as a Student Senator at Illinois. Braslavsky and other members of the council proposed a general education requirement to add three more credit hours for undergraduate students.

Student senators are seeking University Senate approval for a proposal to add a three-hour sustainability general education requirement for undergraduate students.
Student senators said they want to ensure University students graduate with an awareness of sustainability and global climate change.
“Having it as a graduation requirement, at least it plants the seed of sustainability and gets (students) thinking about it,” said Tyeese Braslavsky, junior in LAS and Illinois Student Government senator. “Maybe that seed will grow into something.”
Braslavsky co-authored the Senate proposal with student senators Jessica Nicholson, Dana Yu and Creen Ahmad. Braslavsky said preventing irreversible damage from climate change starts with education.
The Senate Executive Committee has been generally supportive of the proposal, but there are logistical concerns to address, Braslavsky said.
The proposal calls for a current six-hour general education requirement or subrequirement to be reduced for the three-hour sustainability requirement. The total number of hours needed to graduate wouldn’t be affected.
“But that’s a difficult path to navigate,” Braslavsky said. “Because each unit, especially those that have a lot of gen-eds in their departments, they — understandably — want more people to take those courses.”
The next step for the proposal team is to establish a working group to have individual conversations with different units and departments about these requirements.
The proposal, which passed as an Illinois Student Government resolution in December 2019, was first drafted two years ago by the Student Sustainability Committee. Nicholson, one of the original authors, said it started as a discussion about sustainability education.
“Tackling sustainability issues and creating solutions requires the involvement of multiple fields of study,” Nicholson said. “Our motivation was to ensure every student gets that in some capacity, and the best way to do that is to create a gen ed requirement.”
Nicholson said she’s feeling optimistic about the future of this proposal, and the team is aiming to establish a working group to lead proposal efforts before the end of the semester.
The proposal was endorsed by and received support from various campus organizations and faculty. Registered student organizations and environmental groups were also supportive.
The Institute for Sustainability, Energy and Environment is one such organization. Meredith Moore, iSEE’s sustainability programs coordinator, said she’s incredibly excited about this proposal.
She said the proposal fits into the campus’ larger Illinois Climate Action Plan. Along with working toward the climate plan’s goal of carbon neutrality, the aim is to educate students on sustainability and climate change along the way, Moore said.
“Having this gen ed would help us reach some of those goals about the importance of sustainability, why they should care and how they should care,” Moore said.
Braslavsky said this requirement would play into the University’s overall goal to better society.
“They will go out and make the world more sustainable,” Braslavsky said. “That very much feeds into the mission of the University to better the community that it’s in.”
A common view among those involved with the proposal is how awareness of sustainability is uneven across the campus community.
“The people who care are a very dedicated demographic,” Moore said. “But what we’re really struggling with is how to tap into students who have no background in sustainability.”
Nicholson said based on student surveys that ISG has conducted, there’s mixed response on whether students feel like they’re educated enough to make an impact.
“The common student isn’t an environmental science major, but most are aware of climate change,” Braslavsky said. “But I’m a firm believer that there’s never too much education.”
Braslavsky drew comparisons between this proposal and the newest general education requirement added in 2018, U.S. minority cultures. She said this was the result of years of work.
“Is the student body generally aware of racial issues and minority cultures?” Braslavsky said “Yes, probably. But we still have this gen ed because there’s always room for more.”
Sustainability is an issue of such urgency that the University should be doing something, she said. But proposal supporters are in agreement that the process shouldn’t be hasty.
“We want things done correctly, and not just quickly to get them passed,” Moore said.
Overall, students should care about the future of this planet, she said.
“Every action does make a difference,” Moore said. “If we lead by example and spread that awareness, even to one other person, we can build this culture of sustainability.”
Braslavsky said that beyond trying not to destroy the planet, there should be a focus on preventing it from happening again.
“This needs to be an effort globally, and that starts with education,” she said.