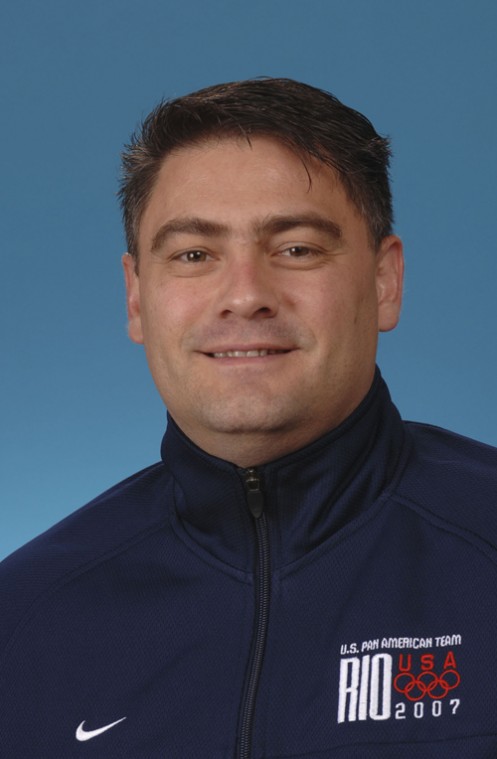 University of Illinois gymnastics coach Jon Valdez, who trained U.S. gymnasts at the Beijing Olympics, resigned for “personal reasons,” a school official said Monday, and a published report said he was being investigated for possible misconduct.

Robin Kaler, the university’s associate chancellor for public affairs, said Monday that campus police were investigating a camera found in a locker room on campus.

However, Kaler declined to say whether that was linked to Valdez’s resignation.

Lt. Roy Acree of the University Police Department said the police have the camera as evidence and are conducting forensic examinations. Acree said the department is trying to get a report to the state’s attorney by Friday.

“We can confirm that we are investigating an incident on campus where a camera was found in a locker room,” Acree said Tuesday. “It was not a public locker room. It was an isolated locker room where not everybody has access.”

Brown said the search for Valdez’s replacement will conclude by the end of the week but would not elaborate on any potential candidates.

Valdez was a U.S. Olympic coach in Beijing and the personal coach for fellow Illini gymnastics coach Justin Spring, who won a bronze medal with the men’s team. Valdez had been on the Illini coaching staff since 2000.

USA Gymnastics released a statement on the situation Tuesday afternoon.

“USA Gymnastics will follow the progress of this investigation and address the issue accordingly,” said Steve Penny, president of USA Gymnastics.

There was no telephone listing for Valdez in Champaign or Urbana and no one answered the telephone at his former office after business hours Monday. The person who answered his cell phone hung up after answering.

Neither Kaler nor Brown would elaborate on Valdez’s departure.

“The only thing I have the ability to confirm really is his employment status,” Brown said.

Brown said the search for Valdez’s replacement will conclude by the end of the week but would not elaborate on any potential candidates.