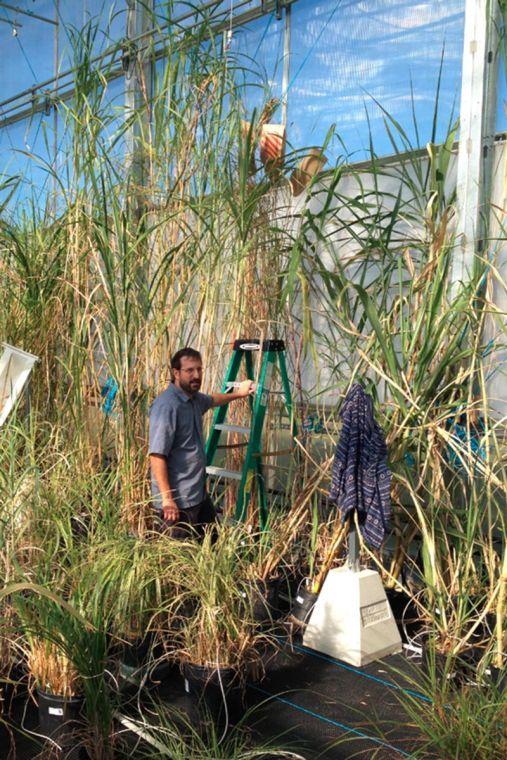 Sugarcane satisfies your sweet tooth, but thanks to University researchers, it may also appease a government biofuel mandate.

The PETROSS, Plants Engineered to Replace Oil with Sugarcane and Sweet Sorghum, research team is working to genetically engineer sugarcane in three main areas. Their goals are to make the plants more cold tolerant, increase rate of photosynthesis by 50 percent and increase the oil in the stem by 20 percent, said Ank Michielsen, PETROSS project manager.

Sugarcane and sweet sorghum are some of the most productive plants in the world, she added.

“If you get oil in the stem, you can, in the end, get vegetable oil out of it and then it’s quite easy to get biodiesel,” Michielsen said, “That’s quite exciting because there is a big need for biofuel.”

Stephen Long, director of PETROSS projects, the researchers presented their work to the U.S. Department of Energy and companies in the industry and bioengineering companies. The PETROSS project is funded by the Advanced Research Projects Agency — Energy, a sub-agency of the U.S. Department of Energy and is in collaboration with Brookhaven National Laboratory and the Universities of Florida and Nebraska.

Michielsen said right now photosynthesis has been increased in sugarcane by 30 percent which means a larger yields when the crop is harvested. Increased from negligible amounts, there is one and a half percent oil in the stem, “which doesn’t seem like a lot,” she said, but even one percent yields two times as much biodiesel per acre than soybeans, the current crop used for making the fuel.

Michielsen said right now sugarcane can only be grown on the southern tip of Florida and Texas so the team wants to increase cold tolerance so the crops can be grown farther north. She said there is approximately 23 million acres of land in the southeastern U.S. that is not being used for growing food crops. If the crops could be grown on this land, and all other goals are met, these two crops alone could produce 52.7 billion gallons of biodiesel, or 147 percent of the 2022 government mandate.

Long said plant metabolisms produce oil and then break it down into sugar. They are adding additional genes and promoters which increase the expressions of those desired traits, he said.

“We are up-regulating the genes which produce oil, and down-regulating those that consume it. We are also inserting a protein that forms a coat around the oil to stop the oil (from) being degraded,” Long said.

To retrieve the oil from the crop, the stems are crushed and washed with hot water to dissolve out sugar, when this happens the oil will float to the top and is easily separated, Long said.

The researchers said it would be an easy transition to incorporate these crops for commercial use because farmers already have the equipment and know how to harvest sugarcane, and know how to separate the oil out.

Vijay Singh, professor of agricultural and biological engineering, said farmers in Brazil have been using sugarcane to make ethanol for years and they have proven it works and is cost effective.

He added that with the same amount of land, sugarcane can produce 10 times more biofuel than soybeans and that these projections are being made through computer simulations.

A sugar refinery typically operates for seven months of the year, and the other five months the plant sits idle and some workers are without jobs, Singh said. This is where the sweet sorghum comes in, this second crop can keep the plant running the other months of the year optimizing productivity because it can be harvested more often.

Haibo Huang, post doctorate researcher, said that right now, the biodiesel made from soybeans is priced at about $4 per gallon. This price takes into account the government subsidies the producers receive for making the fuel. Even with no government subsidies for the sugarcane, companies can still make money, he said.

“So without a government subsidy, it is really difficult for a biodiesel plant to survive but according to our techo-economic model simulation, our set biodiesel production cost from our sugarcane is much lower,” Huang said.

The sugarcane-produced biodiesel could be $3 per gallon or even less than $3 without a government subsidy, he said.

If the plants can be engineered to produce 20 percent more oil, be more cold tolerant and have a 50 percent increase in photosynthesis, companies could make $1.56 per gallon assuming no government subsidy, equalling $82 billion in additional revenue.

“We’ve got a start and we are showing these changes can be done,” Long said, “This isn’t going to appear tomorrow but within the decade.”