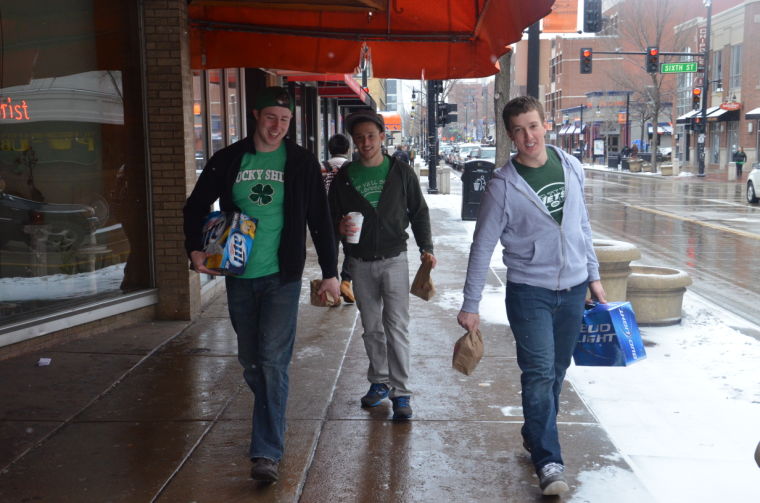 The Fourth Amendment requires police officers to have a search warrant in order to legally enter a private residence. However, if officers see a felony being committed, they can then legally enter the premises.

If arrested, do not resist, even if you feel you are innocent or if you feel that the arrest itself is illegal. Be firm, but not hostile.

You do not need to give officers permission or consent to a search your dormitory room or apartment. If you give consent, any evidence obtained from the search is admissible against you in court.

If the police are in a place where they have a legal right to be (such as outside an apartment,) any evidence in plain view is admissible against you in court.

You do not need to take a breathalyzer test, but refusal to do so can result in a 180-day suspension of your driver’s license.

It is illegal for the police to:

— search a person without probable case

— arrest or detain a person without probable cause

— arrest someone for exercising free speech

— use excessive force against you

What if you buy alcohol for minors?

Someone buying alcohol for minors will get a city notice to appear that carries a minimum fine of $330.

What if you use a fake ID and it gets confiscated or if you let someone use my ID?

Driver’s license privileges could be suspended.

What should you do if you are confronted by a police officer?

If confronted, the most important thing to do is be cooperative, said University Police Department Capt. Roy Acree. Running from police could lead to an arrest for obstruction of justice. Do not argue with police if you feel you have done nothing wrong, as that can be discussed during a court appearance. Acree also stressed being upfront and honest with police.

“The last thing you want to do is lie to a police officer,” Acree said. “We have people lie to us all the time, so we’re pretty good at determining whether or not somebody is telling us the truth about certain things.”

What if you host a party and it gets busted?

Under the Social Host Law, the person renting the apartment will be taken to jail. If minors are served, there can be a $500 fine along with a Class A misdemeanor.

If the minor’s actions result in bodily harm or death, the host is subject to a Class 4 felony, which can lead to up to three years in prison.

What if you’re at a minor at a party that gets busted?

What if you’re a sober minor at a party and it gets busted?

Police will look to see if a person has been drinking by having them do a portable breathalyzer test if time permits. If there is a minor at a party and police cannot smell alcohol on their breath or clothes and there is no reason to believe they had been drinking, then the person will probably be released without consequences, Acree said.