Board of Trustees approves plan to decide on next University president 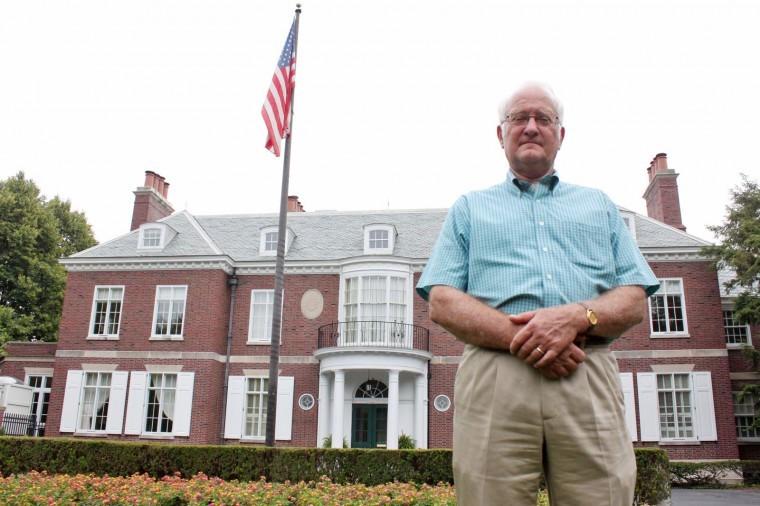 University of Illinois president Robert Easter stands outside the President's House in Urbana. Easter officially began his two-year term as president of the university on Sunday, July 1.

The Board of Trustees approved a plan to decide on the next University president by January 2015 at its meeting Thursday.

The first step in the process will be the development of a search committee that will assist in selecting a new University president. According to a press release, the committee will include 19 members from all three University campuses. The committee will be in charge of defining job expectations for the next president, who would replace University President Robert Easter when he retires on June 30, 2015. Committee members would also screen and select the potential candidates for the position.

“This is truly one of the world’s premier universities with a long history of excellence in education, research discovery and service to our state and nation,” said board chairman Christopher Kennedy in a press release. “Our next president will advance our rich legacy and our commitment to producing the 21st century workforce and innovation that are the keys to progress and economic growth.”

Once appointed, committee members will work to develop an outline of challenges, expectations and qualifications for the next president, which in the past has included stipulations such as ability to manage a large academic institution, agreement with the mission of the University of Illinois and ability to adapt to evolving fiscal environments.