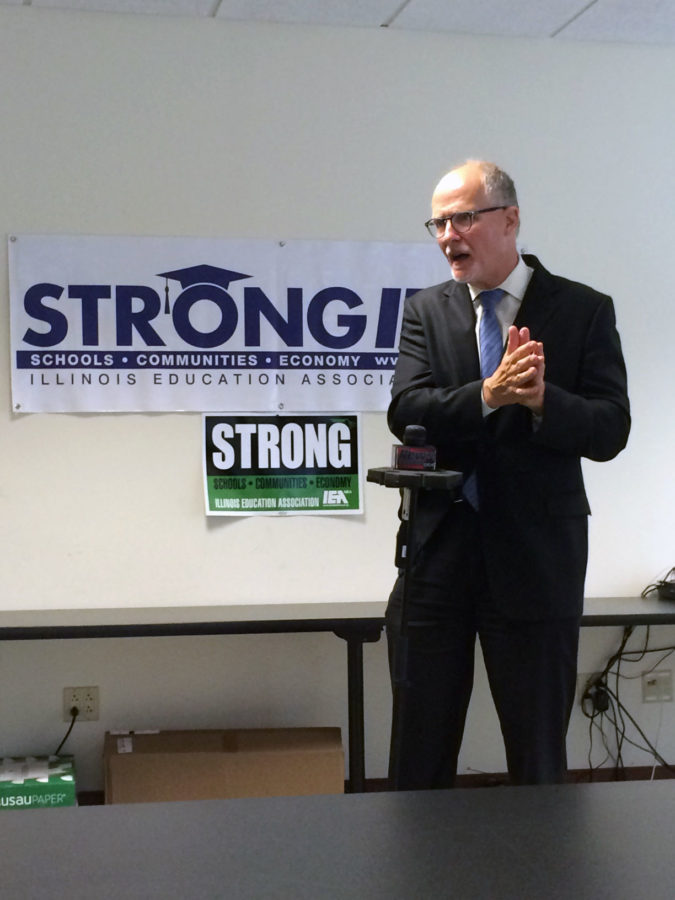 According to Rauner’s tax plan, he will lower the state income tax rate from 5 percent to 3 percent.

Estimations made by the Quinn campaign state that Vallas believes this tax rate reduction will cut the general funds by $8 billion, half of which would come from public school funding.

Spokesman for the Rauner campaign Mike Schrimpf said in an email that Rauner’s plans to lower taxes will not take away from education as a top priority.

However, Vallas said the Quinn campaign is concerned that lowering the income tax rate could potentially leave one in six teachers out of a job.

“The bottom line is you can’t cut funding for education, not just elementary and secondary (education), but community colleges and universities, by 50 percent and not expect the educational system — the public school system in this state to be devastated,” Vallas said. “That’s not how you invest in Illinois’ future. That’s not how you create an environment conducive to job creation and job expansion.”

Recently, Gov. Quinn proposed a five-year budget plan to invest $6 billion in elementary and secondary education, a preschool program and a universal job training program to get workers in the state of Illinois trained and retrained.

Schrimpf said Rauner also put forward a jobs and growth plan, one that he says “will help Illinois recover from years of failed leadership and higher taxes under Pat Quinn.”

Bryan and Miranda can be reached at [email protected]