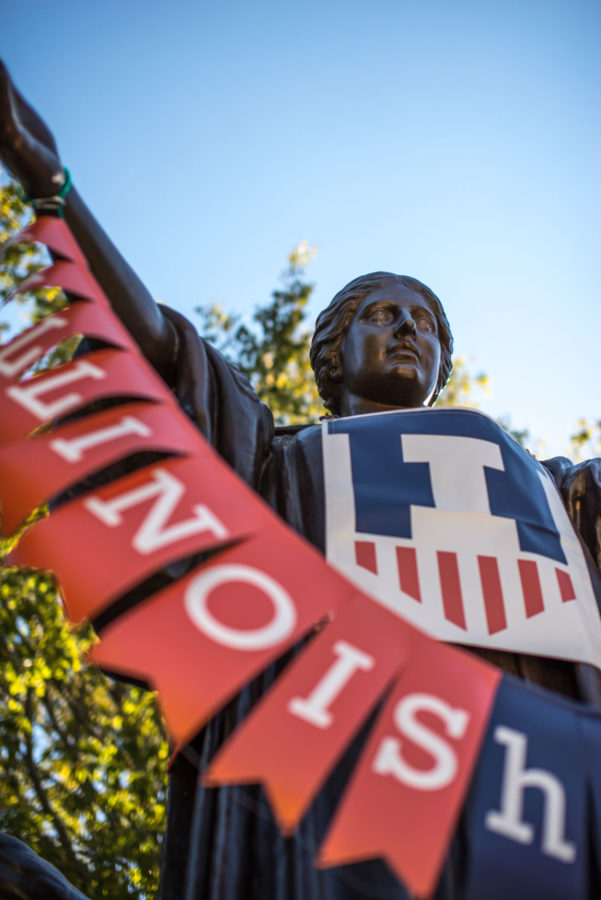 The Alma Mater statue, adorned with homecoming banner and regalia, has scratches on its right eye from vandalism that was first reported by a University employee on Friday.

A University employee reported on Friday afternoon that someone damaged the Alma Mater statue at the corner of Wright and Green streets.

“On the Alma Mater herself, it looks like someone took a sharp object and scratched up the eyes,” University Police Detective Sgt. Tom Geis said.

He added that the eyes on one of the figures next to Alma, known as “Labor,” also had similar scratches on it.

Police are reviewing the 24/7 video footage from the area and trying to find the time frame in which the act was committed.

If the perpetrators are caught, they will be charged with criminal damage to state supported property, Geis said.

Robin Kaler, campus spokesperson, stated that the offender could also be subject to repercussions from the University.

The Conservation Sculpture and Objects Studio, the same company that completed the conservation efforts on the Alma Mater earlier this year, is assessing the damages on the statue and will determine the repairs that need to be done, Kaler said.