Speaking with Salaita: Plans for the future, a plea for students, faculty 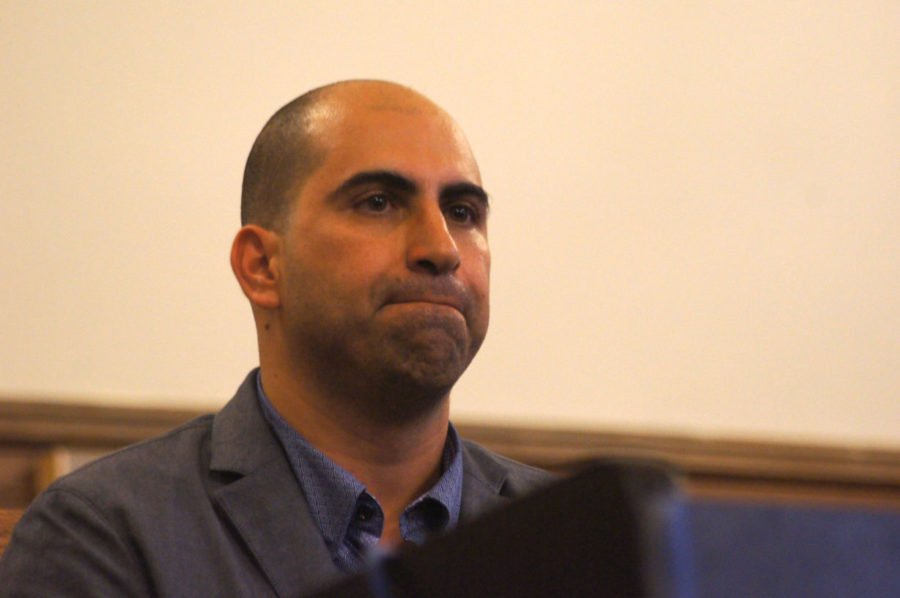 Steven Salaita spoke over the phone with The Daily Illini on Wednesday about academic freedom and his lawsuit against the University.

The Daily Illini held a Q&A over the phone with Steven Salaita, whose rejected appointment to the University has stirred months of conversation about academic freedom and shared governance. He has since traveled to various colleges and universities to speak, several professors have boycotted the University and cancelled lectures and many departments have issued votes of no confidence against Chancellor Phyllis Wise. Salaita recently filed a lawsuit against the University for violating the Illinois Freedom of Information Act. We’ve heard from administrators who back the Board of Trustees’ vote and professors who support reinstating Salaita, but now we hear from the former Virginia Tech professor himself.

The Daily Illini: Why did you decide to file a lawsuit against the University? What do you hope to gain from it?

Steven Salaita: “Mostly it’s a question of public interest. I think both I and — more importantly — the citizens of Illinois have a right to know what went into this decision given the tremendous damage it’s caused to the University’s reputation. It’s pretty clear that the public, the taxpayers, have a right to know what considerations went into the decision, what the thought process was like, whether anything illegal happened, whether, you know, it was in fact, donor pressure that led to this decision, who was involved.”

DI: Do you plan to take more legal action against the University?

SS: “You know, I’m not really sure at this point what’s going to happen. But I’m happy, just by the way, to put you in touch with anyone from my legal team if you want to sort of press them on impending action, I feel a little in the dark there too.”

DI: What would be the ideal outcome when your case is finally resolved?

SS: “That I’d be reinstated to the job for which the University already signed a contract, join the American Indian Studies program and get to work. Then, I and the University of Illinois can put this behind us. I really do believe that that’s the best possible outcome for everyone involved. Not just for me personally, but that would be a tremendous step for the University in terms of salvaging what’s left of its reputation.”

DI: Do you believe your situation raised questions of academic freedom?

SS: “I do. I think that’s one reason the case has attracted so much interest, because it clearly raises questions of academic freedom and I think a lot of people recognize the dangers inherent to the University’s decision. You know, if it’s not challenged and if other universities begin to follow suit, very few of us want to work on campuses where the administration can terminate tenured employment based on the speech acts of its faculty.”

DI: What are your plans for the near future? Long-term?

SS: “Near term, I would say just finding whatever ways I can to keep food on the table. Trying my best to carve out some time to work on my scholarship which I haven’t totally abandoned, that’s still very much on my mind. Long-term, I’d love to pick up my academic career again. I really hate the thought that it might be ruined before I even hit the age of 40 … My heart is very much in the classroom and on campus and I’d love the chance to return there again.”

DI: How are you and your family dealing with the effects of your rejected appointment?

SS: “It’s been tough. I have to spend a lot of time apart from my family, which I find difficult to do and then there’s also just the uncertainty of the future. I don’t know if I’m going to be able to get another academic job, so we’re a little bit worried about my prospects in American academia at the moment.”

DI: What would you like to say to the students and faculty at the University?

SS: “Oh, wow. First and foremost, those who have been working so diligently to help me get reinstated, thank you. They’re really my heroes. And to the students and faculty in general, you know, you don’t have to agree with me, or disagree with me, to recognize the simple fact that the administration’s decision to terminate my contract broke University by-laws, it broke the protocols of faculty governance, it was illegal under the conditions of the first amendment. And I’d ask folks to put aside ideology or political viewpoints and ask the University to do what’s right.”

DI: Are you still an active Twitter user? Has this situation altered the way you use social media?

SS: “It’s definitely affected my use of social media. I still use Twitter, but I use it much less frequently. I still use Facebook, but much less frequently, just given the amount of headache that’s existed in my life the past four months. I’m in lots of ways trying to keep as low key as possible, as funny as that sounds for somebody whose living now consists of going around to campuses and giving talks. But you know I think I’ve had my fill of controversy for the next forever.”