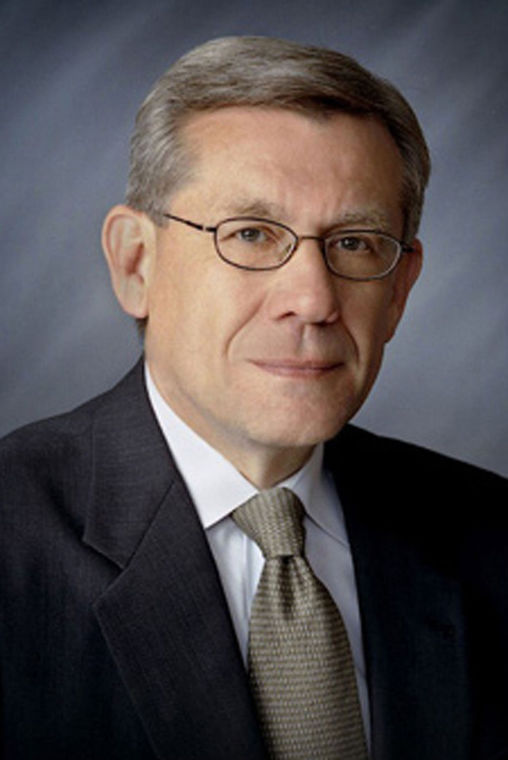 The Daily Illini: What will your focus be for the University as newly-elected chairman?

Edward McMillan: First of all, is trying to make a very smooth transition from President (Robert) Easter to President (Timothy) Killeen, which will take place over the next three or four months and probably end in May. Second, is obviously dealing with the challenges from the state relative to funding from the state to the University, and all the campuses. Thirdly, I think Dr. Killeen is trying to get up-to-speed on learning about the University and the three campuses and the magnet schools and all that’s involved, and then begin a process of envisioning strategic direction for the University.

DI: How do you plan to work with Gov. Bruce Rauner? How is working on his transition team?

EM: The first initiative that Gov. Rauner and the team put in place was to create 12 policy committees that were then charged with advising the Governor on issues that needed to be addressed in all 12 policy areas. The three that I provided some insight to were the education committee, the agricultural committee and the economic development committee … The Governor’s challenge to them, and obviously to all of us, was to think about the things that needed to be done in the first 100 days of his administration, secondly to look at things that would be addressed and dealt with in the first year, and then lastly, those things that were longer term that could be accomplished during the four years of his term as governor.

DI: Have you worked with Gov. Rauner previously?

EM: I’ve known Governor Rauner for many years. When I was president and CEO of Purina Mills in St. Louis there were times when we were seeking investment participation with the company and his firm, Golder Thoma Cressey Rauner (GTCR), was involved. And then, for the last 18 or 19 years, as I’ve worked in the merger and acquisition and the food and agribusiness industry, there have been times when we’ve contacted their firm … I served on his exploratory committee when he first was thinking about running, but then stepped off of the involvement once he declared his candidacy, because as a member of the Board of Trustees, it’s just not appropriate for us to be involved in a campaign for governor.

DI: How do you plan to work with newly-appointed President Timothy Killeen?

EM: I would expect early on Dr. Killeen – soon to be President Killeen – and I will spend a lot of time talking about how we can further enhance both attracting and retaining the world’s best and brightest faculty and researchers, and then how we can continue to accelerate technology commercialization and obviously how that can be a major support for Gov. Rauner’s initiative to strengthen the business community in the state to be able to attract businesses to come here and to be able to expand businesses. Obviously at the University, we spend a lot of time in our incubators starting up new companies. Obviously, we want to continue to do that in conjunction with our professors and researchers as well as with commercial companies externally as we do in the Research Park in Champaign. But also to retain those people and to retain their businesses for the state means that we’ve got to attract venture capital to those initiatives here and not continue to lose businesses to the coasts.

DI: There have been talks about possible censure from the American Association of University Professors because of Steven Salaita’s case. How would this impact the campus if we were censured?

EM: I can’t really give you enough of an opinion about that to give you an answer. I think that’s probably a better question for President Easter or one of the Chancellor’s; I just don’t have an opinion for you right now.

DI: What are your thoughts on the proposed College of Medicine for Urbana’s campus?

EM: I’m very interested in hearing more about it. As you probably know, we had a very detailed presentation from the joint (Audit, Budget, Finance and Facilities) committees that talked both about the proposed plan for it as well as a kind of top line of the financial requirements for it, including the money that (Carle Foundation Hospital) would put up as well as the amount that would be required to be raised independently. I know there’s been a lot of discussion about if it’s complimentary to the College of Medicine in Chicago or is competitive to that, or some even think it may be detrimental to that. We obviously want to make sure we fully understand that. My understanding is that there will be a more competitive recommendation being brought to the Board in the March meeting coming from President Easter, and I think Dr. Killeen will be working with President Easter on bringing that forward.

Abigale can be reached at asvobod2@dailyillini.com.