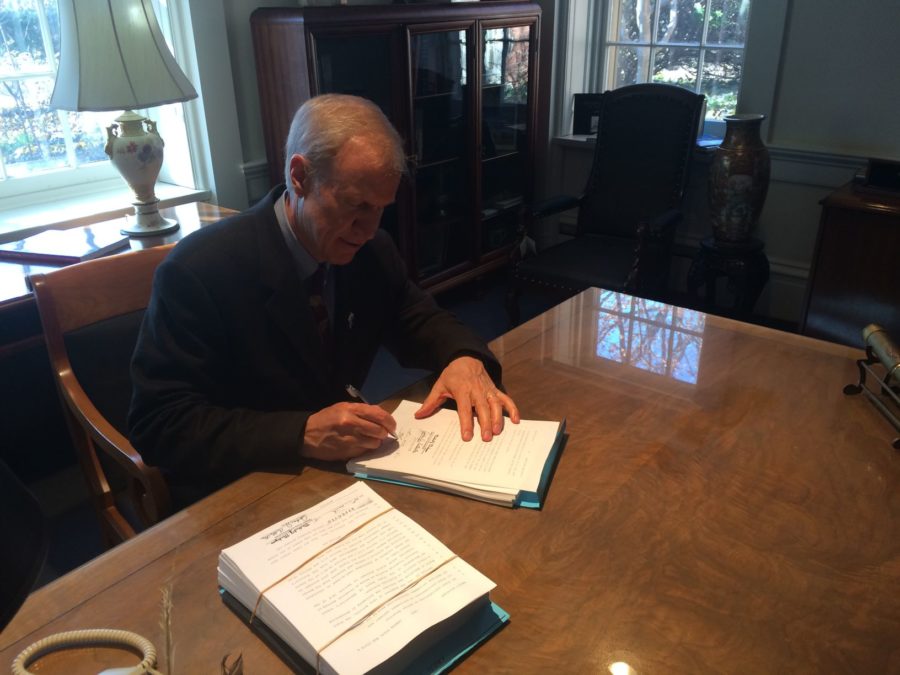 “As promised, we are eliminating a $1.6 billion deficit without borrowing or increasing taxes on hard-working Illinois families,” Rauner said in a statement issued to the press. “By choosing to make difficult decisions on a bipartisan basis, the General Assembly is helping set a new tone for what can be achieved in Springfield.”

Tom Hardy, University spokesman said, the budget cuts will affect staffing and research. Additionally, Hardy said the state currently owes the University $297 million in vouchers that have already been submitted.

The University’s expectation, Hardy said, is that the state will deduct $15 million from the $297 million owed receivable. However, Hardy said, the cuts will have a greater impact on building restoration.

“We will probably not initiate or complete as many facility repair and rehabilitation projects around the three campuses,” he said.

Now that the bill has passed, Hardy said the focus will shift to the 2016 fiscal budget, which would cut University funding by 31.5 percent. The new budget is still on the table, according to Hardy.

“I think that there’s a lot of recognition by elected officials in Springfield of the importance and the impact of the University of Illinois and the vital asset that it is in Illinois,” Hardy said. “Yet they’re struggling to balance the priorities the state has in a critical fiscal circumstance.”